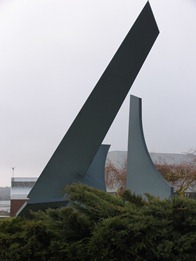 • Figures at the close of last financial year show slight increases in turnover, employment and the number of companies

During 2012, the companies in the Basque Technology Parks spent 525 million Euros on R&D, equivalent to 14% of the total turnover, thus maintaining the rising trend of company investment in research and development. In addition, the number of people working in R&D also followed the tendency of previous years, increasing in number to form 32% of the total workforce.

The parks have more than 744 thousand m2 of buildings, of which 563 thousand m2 belong to the companies and 151 thousand m2 are the property of the parks. The occupation rates of the buildings belonging to the parks, leased to companies and technology centres, amounts to 68%, slightly less than in previous years, due to the inclusion of new buildings built in the parks of Alava, Bizkaia and Gipuzkoa which have increased the offer of space for businesses.

In the Basque Technology Park Network, the predominant sector continues to be the ICT sector with 31% of the total; this is followed by R&D at 17%, Electronics at 13%, Biosciences at 10%, Aeronautics 9%, Engineering 8%, Universities 3% and the Automotive Sector 1%.

Assessment - The President of the Basque Technology Park Network, Jose Miguel Corres has rated the performance of the Alava, Bizkaia and Gipuzkoa Technology Parks, and the Garaia Innovation Pole during 2012 as positive; in the words of Corres, this was a financial year in which "in the midst of a complicated economic situation, R&D has proven to be key factor for improving business activity and competitiveness. The Basque Technology Parks have been, are and will continue to be one of the principal lines of economic and innovative activity in Euskadi, as they are clearly demonstrating."