Creating a network that works as a team 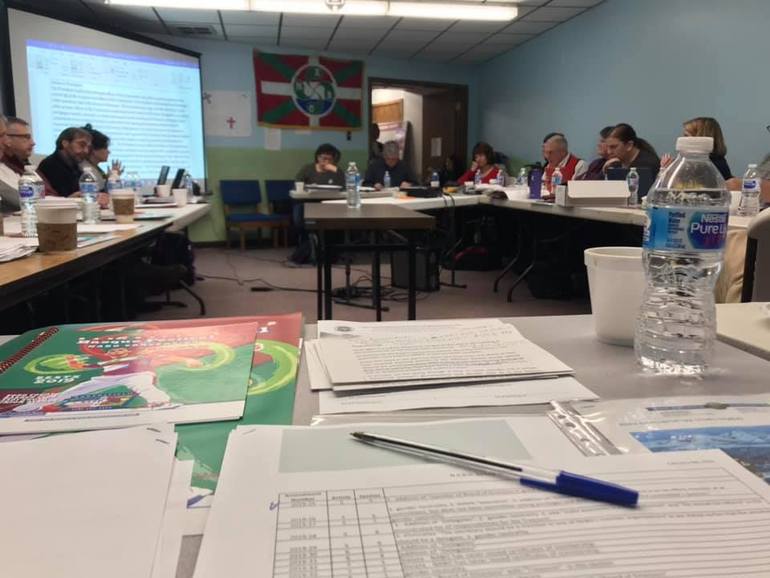 Gorka Álvarez Aranburu, who is in charge of the Office for the Basque Community Abroad, informs from the USA that the winter meeting of N.A.B.O., hold in Salt Lake City last Saturday, has been very interesting and productive.

The delegates of N.A.B.O. and the representatives of the Basque Government have had the chance to talk and exchange views about treasury, statues, euskara, culture, mus, pelota, gastronomy, udalekus, cinema, the "Bizi Emankorra" awards and a wide range of upcoming activities.

Gorka and Benan have presented also the Archive of the Basque Diaspora and have taken advantage of this gathering to introduce the new Delegate of the Basque Government to the United States of America, Jorge Fernández Quintela, to the North American Basque communities.

In conclusion: The winter meeting of N.A.B.O in Salt Lake City has proved the need to establish a network and work together as a team. What in Basque is called ‘elkarlana!’