This site does not guarantee full operation in the different versions of iExplorer browser. If you detect any abnormalities, please use another browser.
Public sector politicians Environment, Land Use Planning, Agriculture and Fisheries 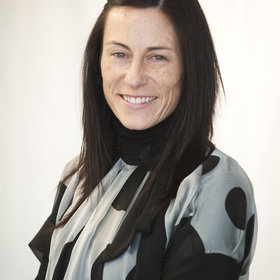 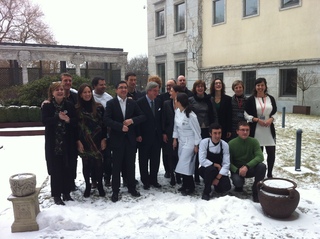 2012 February 13
The Berlin Film Festival turns the spotlight on the Basque Country for a day
The Basque Government, with representatives from its different departments, its Minister for Culture, Blanca Urgell, the Director of Tourism, Isabel Muela, and the Director for Innovation and Food Industries, Amaia Barrena, are at the Berlin Film Festival to promote the Basque Country as a tourist destination and to showcase its culture and local products. The different activities are the result of the partnership between the Culinary Zinema section of the San Sebastián Festival and the Kulinarisches Kino section of the Berlinale or Berlin festival, which was established during the Zinemaldia festival in San Sebastian. As part of the Berlinale, the Basque Day is being held today, which kicked off with a ceremony at the Spanish Embassy in Berlin, which was attended by the Spanish Ambassador to Germany, Rafael Dezcallar de Mazarredo, the Basque Government's Minister for Culture, Blanca Urgell, the Director of Tourism, Isabel Muela, the Director for Innovation and Food Industries, Amaia Barren, and the Director of the Extepare Basque Institute, Aizpea Goenaga. Minister Urgell invited the people at the event to discover the Basque Country, where "you will find a unique fragment of European history and a language different from any other European language, but, above all, you will discover a hard-working attitude, where there is a great commitment to the future and innovation," she stressed.
2
There are no news