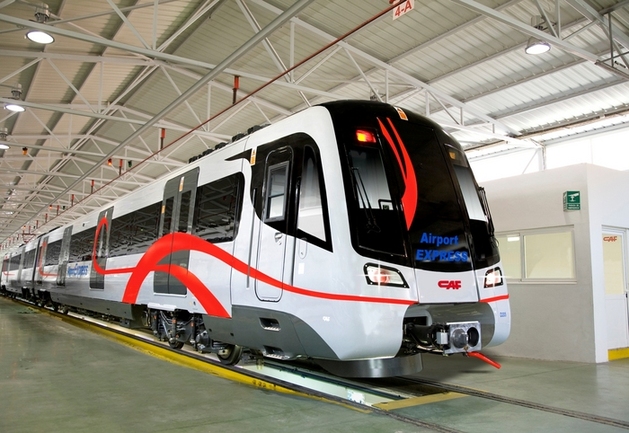 The Basque Country and India are today closer than a week ago. The trade mission led by the Basque Premier, Lehendakari Patxi López, has opened up the market of the Asian country to Basque companies. This, which was the main objective, has been successfully met, and the trip also showcased the capacities of Basque companies, started work on some projects and consolidated trade relations between Basque companies and India.

The delegation comprised the Basque Government, the Álava and Gipuzkoa chambers of commerce, 78 companies from different sectors, nine clusters, Confebask, Tecnalia technology centre, the Bilbao Exhibition Center, the Port of Bilbao, and the Basque Institute of Competitiveness (Orkestra). The cooperation among all the stakeholders, as was the case among the chambers of commerce and business associations, was fundamental to transmit an image of strength to the Indian institutions.

Nearly 200 meetings were held by the members of the delegation, during which India's huge capacity for growth could be seen in a series of sectors, where, precisely, the Basque companies are strong and competitive. There are already 43 companies established in the Asian country, and soon there will be more.

The institutional highlights of the trade mission, the interviews with three Indian ministers: of Urban Development, of Science and Innovation, and of Renewable Energies, along with the premier minister of the important state of Maharashtra. The mission also took part in the India-Spain Tribune, one of the most important forums. They were all led by the Lehendakari.

The strength of some Basque companies established in India was highlighted during the mission, organised by the Government in conjunction with the Chambers. This is the case of two companies based in Pune: Danobat, a Mondragon Corporación cooperative, which is finishing work on a plant at one of the two industrial estates belonging to the Basque Country there, and RPK, a company from Vitoria that opened its new production plant this week and which is a textbook example of a highly competitive company set up abroad.

Bernabé Unda was also able to travel on the underground that links New Delhi to its international Indira Gandhi airport, the infrastructure that welcomes many of the visitors to India. The wagons were built by CAF, from Beasain, the service has been operating successfully for over a year.

The representatives of the Department of Industry, Innovation, Trade and Tourism alone, headed by Minister Bernabé Unda, notched up 33 professional meetings in different formats. These included the ones held with Confederation of Indian Industries, with the Chambers of Commerce Federation (FICCI), the the country's largest steel company (SAIL), with 1.5 million employees, the Indian Institute of Technology, or the Planning Commission, one of the most powerful organisations of the country.

During the trip, an acuerdo was signed between the SPRI and Mondragon which means that Basque companies from outside the group chaired by José María Aldecoa will henceforth be able to set up at the Andori industrial park, in Pune, which belongs to the Basque corporation. The SPRI will be able to manage 40,000 of the 220,000 square metres that Mondragon has in total in Pune (160,000 in Andori).

In addition to the official agendas of the members of the Basque Government, the companies and entities in the delegation also had intense schedules. The SPRI office in Bombay, along with the commercial offices of the Spanish embassy in Bombay and in New Delhi, together with the personal involvement of the Spanish ambassador, Francisco Javier Elorza, played a fundamental role in that task.

Eusko Ganberak signed a partnership agreement with the Indian Chamber of Commerce on Monday. The Basque companies from the sector linked to infrastructures, particularly railways, were able to open up a negotiation channel with the Development Authority of Bombay Metropolitan Region. During the meeting, at which the SPRI was present, representatives from Logistic clusters, Mafex railway association and companies of the sector learnt about how Basque companies could be competitive, with offers even lower than their competitors. Between 2008 and 2031, 50,300 million euros will be invested in public transport and highways in that region.

The machine tool sector, AFM, was one of the most active, one of the most internationalised. It presentation to the Pune Chamber of Commerce was highly acclaimed. They currently have six companies in India and there will be a seventh this year. Acicae, the automotive cluster, also had a busy schedule, with visits to the main manufacturers, including Tata, Maruti-Suzuki or Volkswagen.

Siderex (iron and steel precluster) learnt about the possible opportunities in the country after the meeting with SAIL, or with Habic, the precluster of the contract, when a group of the main 20 architects of Bombay presented their companies.

Mafex, which comprises the rail companies, will return with its own mission in April.This first trip has opened up the way. A preparatory trip was organised at the SPRI headquarters in Bilbao several weeks ago, which attracted companies from India and was highly acclaimed. Eraikune, for the construction sector, was positive about the outcome of this its third trade mission.

Energy is one of the sectors with most opportunities. At the recommendation of the Minister for Renewable Energies, the cluster and members of the Government visited Moser Baer, the company manufacturing solar panels, where they discussed possible partnership channels. Once of the clusters with the greatest experience of India is GAIA, from the ICT sector, which is mainly based in Karantaka, in the Bangalore region.

The BEC also played a key role during the mission. It was repeatedly referred to in many meetings, with regard to the Machine Tool Biennial. Numerous contacts that look to be promising have also been made.

The same occurred with Tecnalia, which was showcased for the first time in India and which is considered to be one of the benchmark technology centres in Europe. On the other hand, Orkestra, the Basque Institute for Competitiveness, consolidated its contacts with its Indian counterparts and has involved them to the Global Conference on Competitiveness in the Basque Country in October.

Basque companies also had the opportunity to learn about the support that SPRI offers them in India. A total of 35 of them visit the Bombay office, whose business centre already works with three companies.

India is also a leading destination for the internationalisation interns of the Basque Country and there are currently nine spending time at the companies, entities, institutions and the SPRI itself in India.