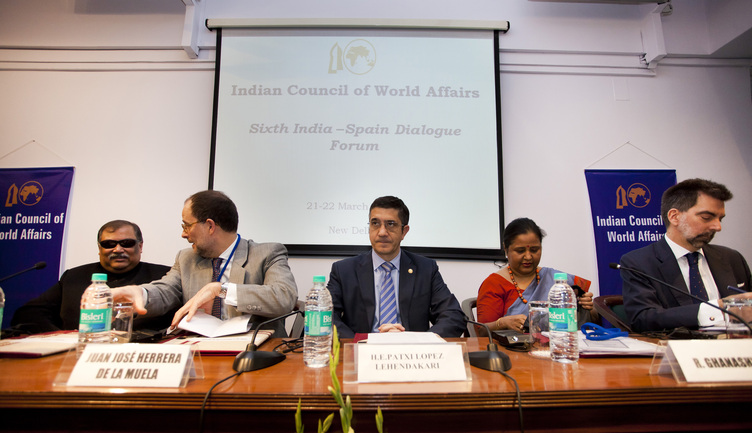 The third day of the Basque trade mission in India began with the Lehendakari opening the Spain-India Tribune. Patxi López stressed the competitiveness, modernisation and internationalisation policies that the Basque Country and its companies have brought to this dialogue forum over recent years. The Lehendakari stressed how important it was for Europe to set its sights eastwards and to begin to "make up for lost time" in its relations with India. "Thousands of kilometres separate our countries, but we are part of a single geographical area where the emphasis must be on mutual understanding and partnership," he stressed. López is committed to "building bridges" between the Basque Country and India not only in the business and economic, but also in the cultural, educational or tourist arenas.

The Lehendakari stressed the need to expand the "communication channels" between Spain and India, and has offered the Basque Country as the "outstanding student" that can act as a "bridge". "We are one of the most dynamic regions of Europe, with a unique level of self-government and with a competitive, innovative and internationalised economy," stressed López, who then went on to quote some of the relevant data to the delegates at this dialogue forum.

The GDP per capita is over 30,000 euros; industry plays an important role in our economy, "24.2% of our GDP, two points higher than Germany and six more than Europe", an investment over 2% of our GDP in innovation and research, "benchmarks" in sectors such as metallurgy, energy, the automotive industry, aeronautics or information technologies, and there is clear commitment to developing renewable energies and emerging sectors such as the biosciences, biotechnology and nanotechnology are some of the arguments put forward by the Lehendakari. He also point out that the Basque Government, through the leading companies in the sector, is fostering "pioneer projects", the driving factors for the rest of the economy. These include the electric vehicle, smart networks or non-conventional natural gas".