The Lehendakari meets the Chief Minister of Maharashtra (Mumbai) 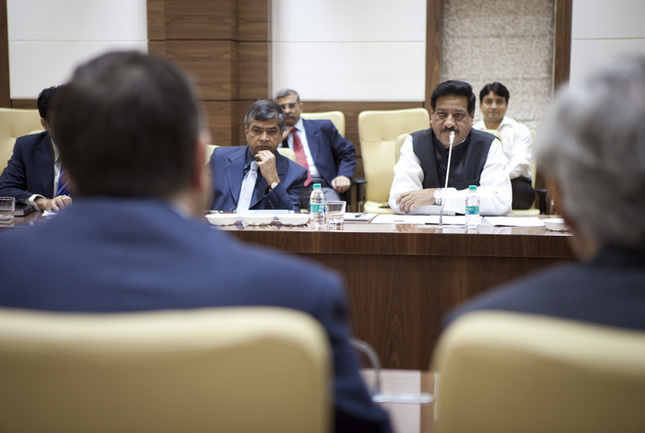 The Basque Premier, Lehendakari Patxi López, today met the Chief Minister of Maharashtra (Mumbai), Prithviraj Chavan. The meeting lasted for around an hour when both leaders discussed the opportunity to start working together in order to reach a broad base agreement between the Basque Country and Maharastra. The work areas in question are related with cultural exchange, agriculture - specifically with the wine-making sector and food processing -, automotive industry, renewable energies, railway policy, new technologies and education

The Lehendakari was accompanied at the meeting by the General Secretary for Foreign Affairs, Guillermo Echenique, and by the Director of Foreign Relations, Ainhoa Alday. The Spanish Consul to Mumbai, Antonio Bullón, was also present at the meeting.
This marked the start of a bilateral relations between the Foreign Affairs team of both government which will include the different government departments involved.