The Government and 10 Basque companies involved in the electric Vito project worth 13.5 million euros 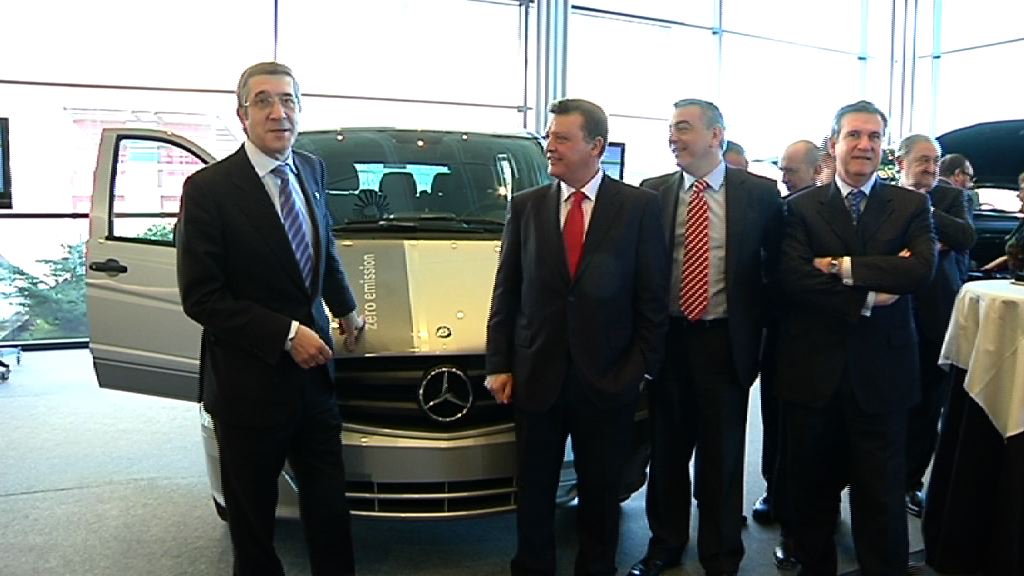 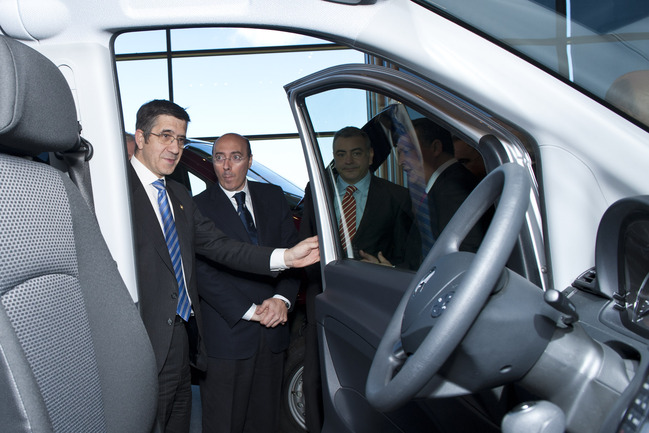 The Lehendakari took stock of the work so far, which is part of the Etorgai programme to back R&D, worth 42 million euros this year and which will mobilise a further 80 million euros of private investment.

"Each public euro invested in this e-Vito project has managed to mobilise 2.26 private euros," explained the Lehendakari. Ten Basque companies and five stakeholders of the Basque Science, Technology and Innovation Network have taken part in the initiative, led by Mercedes. The project has resulted in eight patents for the companies in the consortium.

Lehendakari Patxi López, the Basque Premier, today took stock of the e-Vito Etorgai project at the Álava Technology Park today. This project, which has mobilised 13.5 million euros (9.5 million from the private sector and 4.1 million from the Basque Government), has been a driving force for developing and adapting the Basque automotive sector to the new requirements of the electric car international market.

Led by Mercedes, a total of 10 companies, along with five stakeholders of the Basque Science, Technology and Innovation Network, took part in the project. The final outcome has been the Vito E-Cell electronic van, the first of its kind to be manufactured in series and which was launched on the market in February 2011. Over one thousand vans have already been produced.

The Basque Government's Department for Industry, Innovation, Trade and Tourism earmarked 4.1 million euros for this strategic project led, coordinated and implemented by Mercedes. Thus, 2.26 private euros have been mobilised for each public euro invested.

The Lehendakari stressed the importance of public-private partnership, along with the clear commitment to R&D as "companies prioritise innovation and those that target international markets are the ones with greatest growth".

He then went on to spotlight the new Innovation, Technology and Science Plan, which "is forecast to mobilise 8,946 million euros between 2011 and 2015". This plan was approved in December and has set the target for over 3% of the GDP being dedicated to R&D in the Basque Country. This year, the 2% threshold has been exceeded in the Basque Country for the first time and is on a par with the average of the EU-15.

He also explained that this target "will only be achievable if Basque companies come onboard and if leverage occurs where each public euro invested in R&D is capable of mobilising a further 2 in private investment, as has been the case in this project".

He likewise reiterated his commitment to Basque companies, which are the ones that generate business and jobs, the reason for the recently announced stimulus programme to provide 2,180 million euros in conjunction with Kutxabank.

During his speech, he also stressed the Basque Government would continue to back those projects even during the current period of tight budgetary restrictions. The Basque Country has an innovative industry that is at the forefront of the international arena. The electric vehicle is one of the best examples.

Bernabé Unda, the Basque Government's Minister for Industry, Innovation, Trade and Tourism, Javier de Andrés, the Chairman of Álava Provincial Council, Carlos Urquijo, Delegate of the Government in the Basque Country, were also at the event, along with representatives of each of the companies involved in the project.

The companies involved were featured in a video where they described the experience of being involved in producing the components of the E-Vito, along with the outstanding products resulting from the research processes. The video, which was shown during the event, will be included in a future Teknopolis programme, a Euskal Telebista (Basque television) production, which will include a specific section on the Etorgai results.

The Etorgai initiative is one of the business R&D support programmes run by the Department of Industry, Innovation, Trade and Tourism aimed at fostering partnership in strategic industrial research integrated projects. The number of projects approved in 2011 meant an investment of 34 million euros and 175 beneficiary companies. Over 42 million euros is the planned investment for the 2012 call for applications, which closed on 30 March. This public investment will mobilise a total R&D investment of around 120 million euros.

This specific project is clearly of interest for the different stakeholders of the Basque Country related with the automotive component sector.

• From a business point of view for the companies, this is going to facilitate the decision taking associated to the evolution of the electric vehicle.
Their R&D&i units will be able to shorten the technological risks of their respective project portfolio as they will more aware of the type of technological knowledge to be developed and at what rate.

• The technological-scientific community will be able to discover at first hand the interest of local industry and generate new knowledge according to its needs.

CIE Automotive and CIE Inyectametal were involved in activities researching integral components and solutions based on electric engine and drive modular designs, innovative concepts adapted to the propulsion needs of the electric vehicle.

GKN Driveline has developed the electrification of the vehicle which will have a highly important impact on future transmissions.

Maser focused its expertise on electronics for the vehicle doors.

Estampaciones Vizcaya focused its contribution on researching new structure concepts subject to changes due to the electrification of the vehicles.

Cikautxo has developed and manufactured rubber components for vehicle suspension.

Inauxa worked on guaranteeing appropriate manoeuvrability for the urban environment, and it developed integrating sensors and actuators in the suspension of the vehicle.

One of the most noteworthy results of the involvement of these companies from the automotive sector is the registering of 8 new patents by the consortium companies.