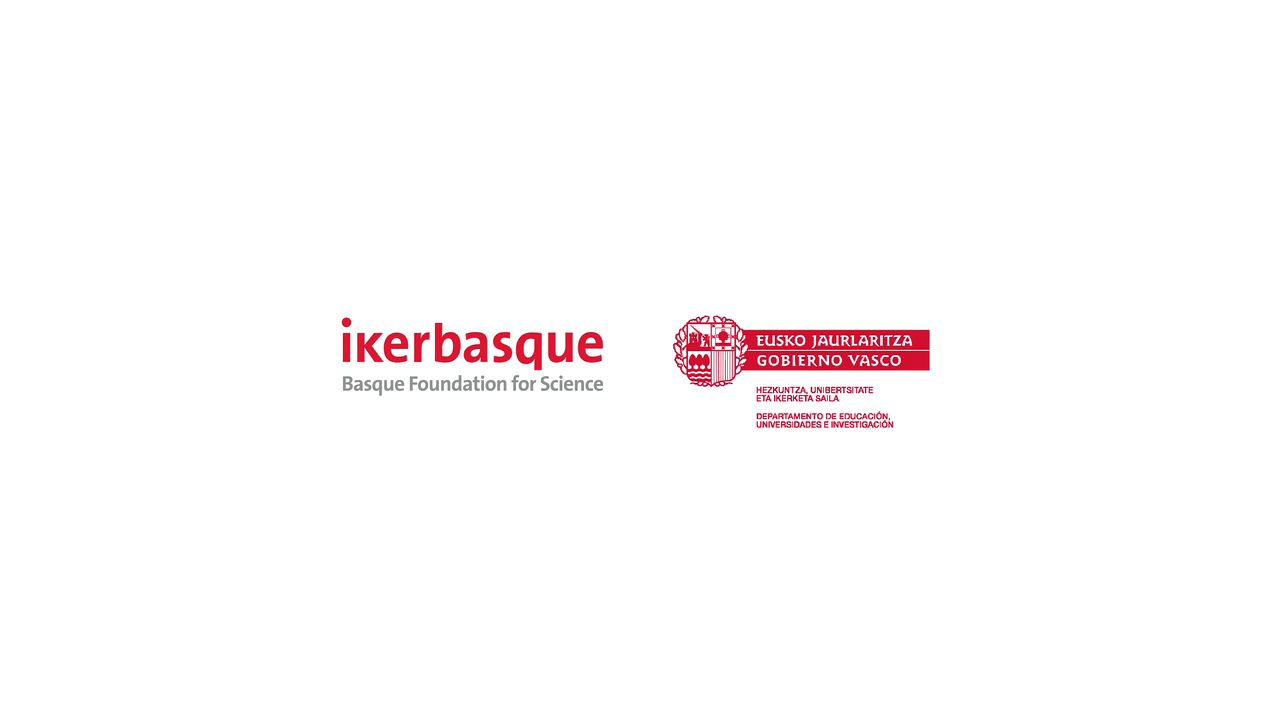 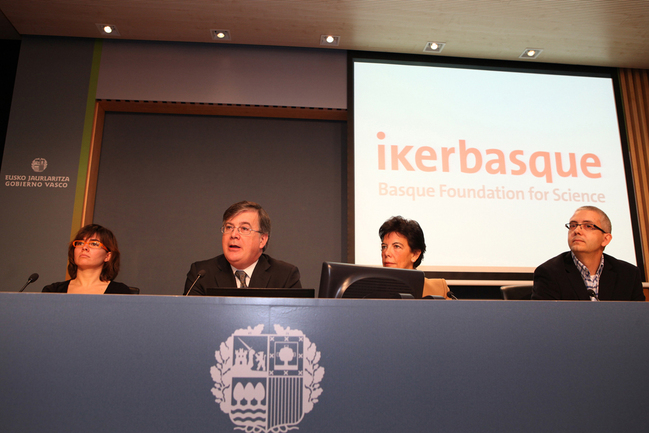 Each euro invested by the Ikerbasque Foundation in contracting international scientists has resulted in a return of two euros from abroad to fund R&D projects in the Basque Country. The 190 contracted researchers, from 24 countries, have published over a thousand articles in international publications.

The Foundation has also been awarded six grants from the European Research Council (ERC), an organisation that backs research projects based on scientific excellence. Founded in 2007 by the Basque Government's Department of Education, the Foundation has achieved the target of becoming the main science generator in the BAC in terms of the number of researchers. This evening, Ikerbasque will be hosting an event at the Guggenheim Museum for 300 representatives of the university and scientific community of the Basque Country.

During its first five years, the Ikerbasque Foundation has provided clear proof of the profitability of backing science and R&D: two euros in foreign subsidies for research projects have been obtained for each euro invested. This is one of the main conclusions of evaluation by an entity that aspires to become the main science generator in the Basque Autonomous Community in terms of its number of researchers by 2013.

Contracting 190 scientists from 24 countries, over 1,000 scientific articles indexed and 6 BERC or research centres of excellence are the embodiment of Ikerbasque's commitment to consolidate the Basque science system since it started operating in 2007.

The Foundation has also managed to obtain six grants from the European Research Council (ERC) in two categories, Advanced Grants (for leading experts with a proven track record) and Starting Grants (for young researchers). Along with researchers on an indefinite contract, Ikerbasque also fosters the figure of the visiting researcher, a post which has been held by 87 scientists so far, and also manages a grant programme for postdoctoral researchers, which has so far been awarded to 24 talented young scientists.

The evaluation of this five-year period was unveiled this morning by the Basque Government's Minister for Education, Universities and Research, Isabel Celáa, and the Chairman of the Foundation, Fernando Cossío, who were joined by two researchers. Joaquín Castilla, a Doctor in Science specialising in molecular mechanisms, was headhunted three years ago, while Amanda Sierra, a Doctor in Neurosciences, joined the University of the Basque Country in September. Both came from leading US research centres.

According to the published data, the Basque foundation posted a return of 40 million euros during the five-year period, which was double the amount that the Basque Government invested in contracting researchers. This figure highlights the importance of continuing to back to research during an economic downturn and period of budgetary restrictions. This is not only due to the capacity to easily get back the initial investment, as R&D is also an effective way to emerge from the recession, thanks to its capacity to generate new products and new markets.

In total, since 2007, Ikerbasque has managed to attract 190 scientists from 24 different countries, including Basque experts and scientists from other Spanish autonomous communities who were working abroad, to Basque R&D centres and universities. Their work in the Basque Country has led to 1,300 books and scientific articles in internationally renowned journals to be published, and it now counts for 13% of the total scientific production in the BAC.
Ikerbasque has set itself the short-term goal of becoming the main science generator in the Basque Autonomous Community in terms of number of researchers in 2013, thanks to the experience acquired at the time of attracting and retaining scientific talent and its contribution to setting up new basic research centres of excellence. It will also be a significant boost to research as a future option for the Basque Country, in a difficult economic period noted for budgetary restraints.

Clear proof of the standing achieved by the foundation was its being awarded the silver Q for Excellence in Management in 2011, along with the HR Excellence in Research seal, which is awarded by the European Commission and the Madrid Institute for Advanced Studies (IMDEA) is the only other Spanish entity in addition to Ikerbasque, to hold it so far.

The BERC are research centres of excellence linked to the university environment. During these 5 years, Ikerbasque has set up six centres between Bizkaia (two in Bilbao and a further one in Leioa) and Gipuzkoa (the three in Donostia-San Sebastián).
The BC3-Basque Centre of Climate Change (Bilbao) researchers, under the leadership of Anil Markandya and with the help of 20 researchers, the adaptation to climate change and its impact, along with the international dimensions of climate policies; the BCAM-Basque Center for Applied Mathematics researches the design, analysis and optimisation of networks, and computational mathematics, among other areas, and employs 45 researchers. . Thirty five researchers work at the the BCBL-Basque Center on Cognition, Brain and Language (Donostia-San Sebastián) under the supervision of Manuel Carreiras. Acquiring, representing and processing language or Multilingualism are some of the main research areas.

The DIPC-Donostia International Physics Center (Donostia-San Sebastián), directed by Pedro Miguel Etxenike, has 32 researchers and its research areas are electronic proprieties on the nano-scale or surfaces and interfaces; Ricardo Díaz Muiño heads the Material Physics Center, located in Donostia-San Sebastián and which employs 101 researchers.. This centre's areas of research include the physical-chemical proprieties of complex materials and photonics. Finally, the Bizkaia Biophysics Foundation (Leioa) researches biological membranes, bio-photonics and microscopy, and integrative, computational and cellular biology. This centre is run by Félix Goñi and employs 21 researchers.

Profile of the contracted researchers

The typical Ikerbasque researcher has a PhD from a leading European university, with over 15 years' research experience in at least three European or US universities or R&D centres. She or he will have headed research teams and have European funding for some or his/her projects.
Experimental Sciences and Mathematics account for nearly half (47%) of the experts recruited by the foundation, and the others are working in Medical Sciences (19%), Social Sciences (14%), Technology (11%) and Humanities (8%). The vast majority (73%) are Spanish citizens. The total from Europe - both the EU and non-Community - stands at 51% and North-Americans (USA and Canada) 6%. There are also a handful of professors from different Latin American countries, Israel and China.

The Ikerbasque researchers have joined twenty or so educational centres, institutions and technological centres in Araba, Bizkaia and Gipuzkoa, including the three universities (UPV-EHU, Deusto and Mondragon), along with the Corporate Research Centres (CIC) specialising in biosciences (BioGUNE), biomaterials (BiomaGUNE), nanotechnology (NanoGUNE) and microtechnologies (Microgune). In addition to the BERCs set up by Ikerbasque, the specialists are also working at the Biophysics Unit (UB) and the Materials Physics Centre at the UPV-EHU, Corporación Tecnológica Tecnalia, IK4, the Basque Foundation for Health Innovation and Research, the Biodonostia Institute, and the Democratic Governance Institute.

Reception at the Guggenheim

To celebrate its fifth anniversary, Ikerbasque has organised a reception at the Guggenheim Museum for around 300 representatives of the university and scientific community of the Basque Country. Professor Marcus du Sautoy, a British mathematician who is well-known for his capacity to popularise mathematics through the press, television or some of his books, will speak at the event. "The Music of Prime Numbers", his best known work, received numerous international awards and has