Ares outlines the remembrance and coexistence projects for the European Commissioner for Home Affairs, Celia Malmström 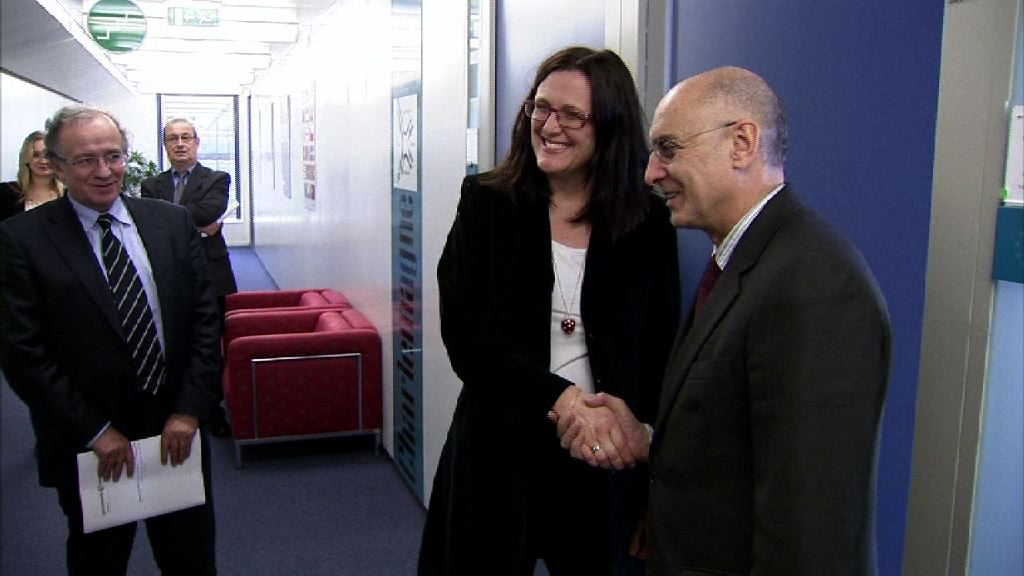 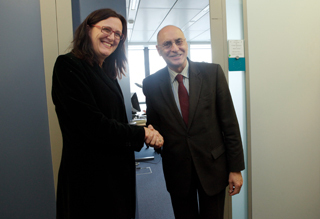 The Basque Government's Minister for the Interior, Rodolfo Ares, today met with the European Commissioner for Home Affairs, Cecilia Malmström, in Brussels, when he went over the situation after ETA's halt on terrorist actions and the initiatives under way to consolidate peace, freedom and coexistence in the Basque Country. However, Ares stressed that there is more work to be done to ensure that ETA disappears without obtaining anything in return.

Ares told the Commissioner that all the information in his possession confirmed the end of terrorist actions, threats and extortion.

The Basque Government Minister went on to tell the European official in charge of Home Affairs that the Ertzaintza [Basque Police Force], in the same way as the other police forces working in this area, are not only going to remain on high alert, but will also continue to counter any threat, clarify the pending cases, pursue the terrorists and bring them to justice.

One of the aims of this meeting was to outline the remembrance and coexistence projects for the Commissioner, and ask Europe to help to fund the Memorial for the Victims of Terrorism Memorial projects, which is envisaged in the Integral Protection of the Victims of Terrorism Act, and the Remembrance and Coexistence Institute.
The Minister also referred to other initiatives already underway in the Basque Country, such as the Day of Remembrance on 10 November and the work on the Remembrance Map, which records the places where there was a terrorist attack, or experiences such as the presence of the victims in the educational system.

Ares also extended to the Commissioner for Home Affairs the invitation by the Basque Premier, Lehendakari Patxi López, to join him for the closing ceremony of the Remembrance and Coexistence Congress. As part of the marking of the Year of the Cultures for Peace and Freedom in the Basque Country and part of the remembrance initiatives, the Congress will consider the violence experience in other countries and will gather together experts, university lectures, institutional officials and politicians, and victims of terrorism when it is held in May. The Congress seeks to analyse different aspects with the aim of facilitating democratic coexistence and construct an accurate account of what happened in the Basque Country in recent decades. The Commissioner accepted the invitations.