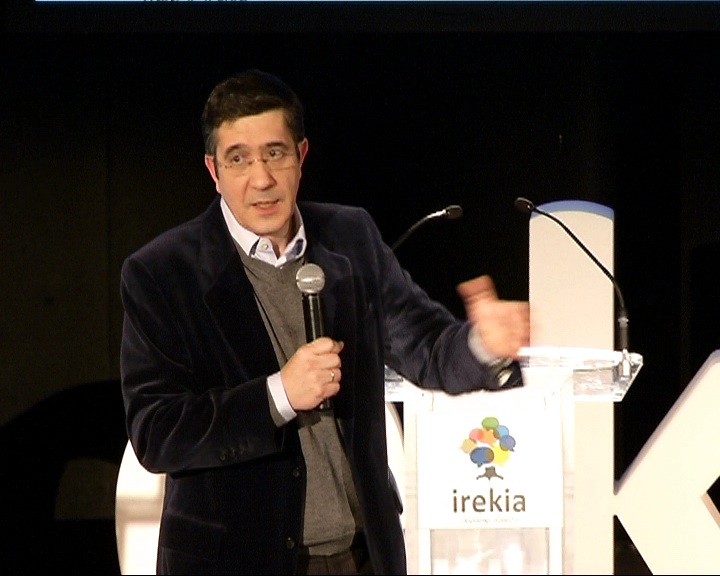 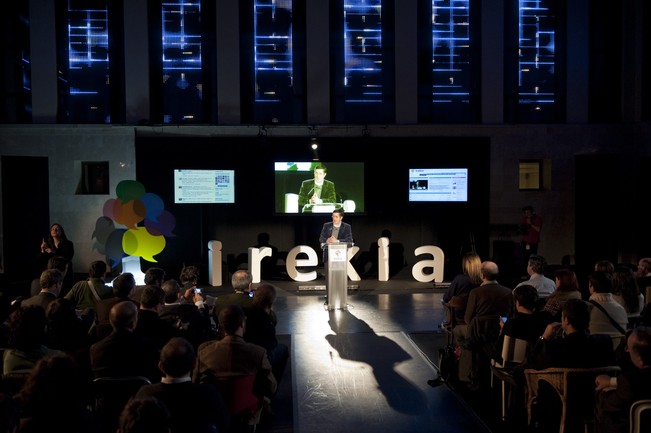 The Lehendakari, Patxi Lopez, and five ministers of the Basque Government took part in this presentation attended by journalists, bloggers and cyber journalists who voiced a number of doubts and proposals concerning this new website. At the presentation, everyone sat at the same level, as an example of the type of direct relationship proposed by IREKIA.

The Lehendakari, Patxi Lopez, has defined IREKIA as a "tool designed to promote a more transparent and participative government and to develop a spirit of collaboration between our citizens and government". This new website was put into operation at 6:30 PM at a ceremony held at the Lehendakaritza, attended by journalists, bloggers and cyber journalists. The latter were invited, for the first time, to take part in the press conference as one of the aims of IREKIA is to ensure that there are no intermediaries between the public and the government, with the aim of enhancing the transparency with which the government operates.

The press conference, held at the Lehendakaritza, was attended by the Lehendakari and the ministers of Justice, Industry, Employment, Health and Culture. Next to them sat all 100 guests including journalists, cyber journalists and bloggers.

"All seated at the same height. Without steps. Because we want to put politicians and the public at the same level". With these words, the Lehendakari, Patxi Lopez, defined the relationship that IREKIA seeks to create between the public and the government. Lopez pointed out that from now on, there will be no "hierarchies" as "we will all be interlocutors of the government, each with our own individual responsibilities". López recognised that this website will not secure the participation of the public or an increase in transparency immediately, but pointed out that "with the Internet we have the cheapest, simplest and most accessible tool to enable the government to have real contact with the concerns of the people". "And we are determined to use each and every one of its possibilities", he declared.

Through the 'Irekia' project, the intention is to "encourage the co-responsibility of our citizens in public decisions". "We don't want this government to operate behind closed doors, distanced from and unaffected by reality", the Lehendakari added.

The presentation began at 6:30 PM after a countdown displayed on a number of different giant screens. When the clock reached zero, it was the turn of a dance show that mixed reality with virtual effects created with new technologies.

In his speech, Lopez reiterated that IREKIA "will always be in a state of continuous change and development", and demanded that bloggers, cyber-journalists and the public "express their doubts and make proposals". "Nothing is definitive. He went on to underline that "we want all subsequent decisions to be taken with your collaboration". At the end of the press conference, the bloggers and journalists expressed a number of doubts to the Lehendakari and ministers. Open data, the criteria applied when approving comments, the involvement of the public and the capacity of the government to respond, were some of the more recurring themes in the round of questions and answers.

During question time, the Lehendakari confirmed that he will repeat the experience of last August when he did a twitter interview on the Internet. During the first week in March, the public will have the opportunity to ask the Lehendakari questions via Twitter.