The Lehendakari to lead a trade mission to India in March 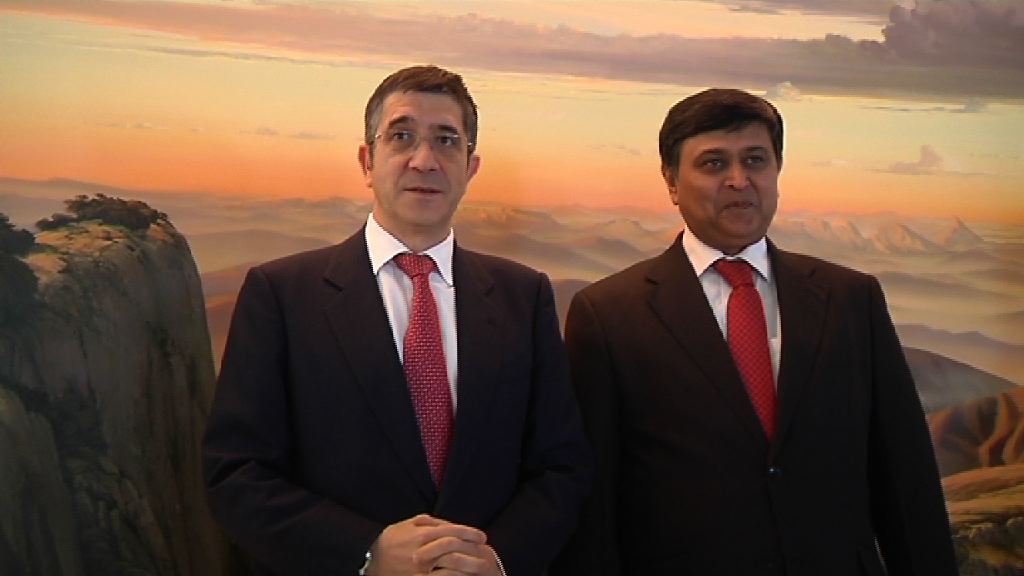 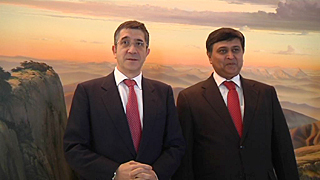 During his meeting with the Indian ambassador, the Lehendakari discussed the forthcoming trade trip

The Basque Government's Institutional and Trade Mission to India will set off on 19 March and plans to visit Mumbai, Pune, New Delhi and Bangalore. The Lehendakari and the Basque Government Minister for Industry, Bernabé Unda, along with a delegation made up of representatives of the Chambers of Commerce and business will travel to the Asian country, the fourth largest economy in the world and which is expected to rise to third place by 2015.

Apart from the commercial aspect, the Basque Premier will first travel to Anantapur to visit the cooperation projects, funded by the Basque Agency for Development Cooperation, being run in that region. The Vicente Ferrer Foundation is working intensely in India and the Lehendakari will have the opportunity to learn about its development projects, workshops and plans at first hand.

Meeting with the ambassador

During this morning's meeting, Patxi López outlined the contents and goals of the trade mission for Sunil Lal, who expressed his full support and explained the steps being taken to consolidate relations with the Basque Country.

The ambassador has put the Basque Chambers of Commerce in contact with the ones in Delhi to put out initial feelers, as well as being an opportunity to present the projects being carried out in India and which may be important for Basque companies. Some Basque companies are already working actively in India in commercial operations and 40 have set up there.

After analysing the institutional and commercial aspects, with top-level contacts between the Lehendakari and the Indian authorities, other shared interests, such as culture or gastronomy, were discussed. Sunil Lal yesterday visited the Basque Culinary Center, which he considered to be a fine example, and enjoyed a range of cultural visits during his stay in the Basque Country.

The Basque Government's Department for Industry, Innovation, Trade and Tourism, through the SPRI, and in conjunction with the Basque Chambers of Commerce-Eusko Ganberak, has organised an information day in the run-up to the Trade Mission.
The Gipuzkoa Chamber of Commerce offices today hosted the information day in order to showcase the opportunities offered by this market, which is one of the so-called BRIC (Brazil, Russia, India and China) and which are four of the countries with the highest growth in GDP in recent years.