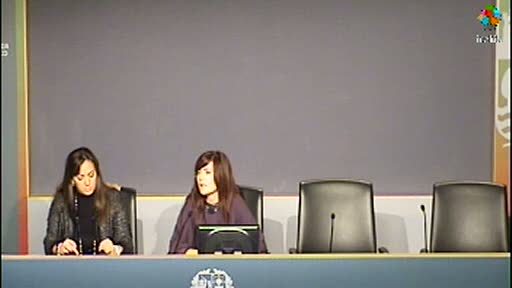 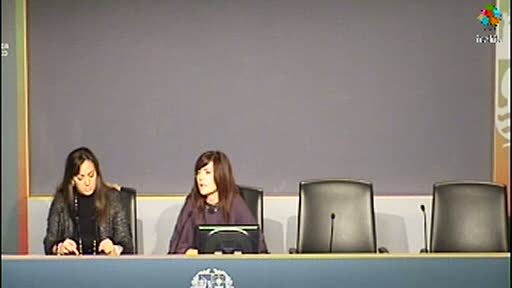 The Basque Government's Deputy Minister, Pilar Zorrilla, and the Director of Tourism, Isabel Muela, took stock of the figures and attributed the success of Basque tourism to the new promotion policy, the hard work of sector, the agreements with Turespaña and the peaceful climate. As far as 2011 was concerned, the Basque Country beat the record in terms of the number of inbound tourists, with a total of 2.4 million visitors. Last year, the best ever in the history of Basque tourism, saw the number of inbound tourists rise by 4.6% and overnight stays up by 4.8%. In 2011, the previous record was beaten in the number of tourists from France (+6.9%), Germany (+8.8%), Central and South America (+11.9%), USA-Canada (+16.3%) and Italy (+18.8%).

According to the data published by Eustat (Basque Statistics Office), overnight stays also posted growth of +4.8%, up to 4.7 million.

Pilar Zorrilla, the Basque Government's Deputy Minister for Trade and Tourism, along with Isabel Muela, Director of Tourism, appeared at a press conference today to analyse these figures.

The heads of Basque tourism put this successful performance by the sector in the Basque Country down to the sum of a series of factors: the new promotion policy developed with the Marketing Plan approved during this parliamentary term, the endeavour by the sector in the autonomous community to enhance competitiveness, along with the agreements that the Basque Government reached with Turespaña to promote the destination abroad and the external perception of the peaceful climate now in Basque Country.

When assessing 2011, special mention should be made of the +6.5% growth in the number of inbound foreign tourists, compared to +3.6% for national tourists. However, the ratio continued to be favourable to tourism from Spain: 67% compared to 33% foreign visitors. In other words, two out of every three tourists in the Basque Country are Spanish.

Germany is the third country in terms of the highest number of outbound tourists to the Basque Country (67,000), up +8.8% in 2010. Another country that continued to post growth was Italy, up +18.8% to 53,000 tourists.
A phenomenon seen in recent months was the increase in tourists from the Americas. In fact, the growth of the Central and South American market (+11.9%), which had already grown by +25% in the previous year, was particularly important. The same occurred with the United States and Canada, which posted considerable growth of +16.3%.

The bed occupancy rate also continued to post growth following the upturn started in the previous year: it was up to 46.4%, compared to the 43.9% recorded in 2010. As far as the average stay was concerned, it improved slightly in the last year and was up from 1.88 to 1.89 nights.

Rural tourism also posted positive data for 2010. The number of inbound tourists was up by 3.9%, even though the overnight stays fell by 0.6%.
By provinces, Bizakia and Álava posted greatest growth in 2011, 7.3% and 5.3% respectively, while the figure for Gipuzkoa was only up by 0.8% as there was a drop in the number of inbound national visitors (-2.4%), particularly in the last three months of the year.

By provincial capitals, Vitoria-Gasteiz headed the growth in the tourist sector (+7.9%) last year. It was followed by Bilbao, which posted an increase of +6.1%. However, Donostia-San Sebastián ended the year with a negative figure (-0.9%), as it had experienced an on-going loss of tourists from August 2011 onwards, in other words, over five consecutive months.

When the figures are analysed from an even broader perspective, it can be seen that Basque tourism has become an emerging sector and has posted spectacular growth in just two years of the current parliamentary term. It posted overall growth of 17%, which can be broken down as follows: the number of inbound foreign tourists was up +26.4% and national figures were up +13.7%.

During those two years, a series of measures were implemented to re-launch the tourist sector. A new tourist framework called "Euskadi saboréala" (The Basque Country, Savour It) has been created during this parliamentary term and has been positively welcomed abroad.

Basque tourist products have likewise been redefined, with the emphasis on quality and competitiveness. In the last two years, the Basque Country has thus positioned itself as one of the two most competitive autonomous communities in Spain in the MoniTur ranking, a prestigious survey conducted by Exceltur and Deloitte.

The Basque Country is also the second autonomous community with the largest number of tourist quality Qs, both in absolute and relative terms.

A new range of "experience" products was also introduced in 2011. Furthermore, the plan is to continue fostering excellence in the tourist sector.

On the other hand, the FITUR - International Tourist Fair ended yesterday with outstanding results for the Basque Country stand. The Basque Government took the new tourist products to Madrid and the outcome was much better than expected.

During the weekend, along with the different activities organised by Vitoria-Gasteiz to mark the city being the European Green Capital, the gastronomy workshops organised at the Basque stand were also widely acclaimed and were a total sell-out.

A full report on the stand and activities is available on the web tv www.tveuskadi.net.