The Basque Parliament approves the budgets for 2012 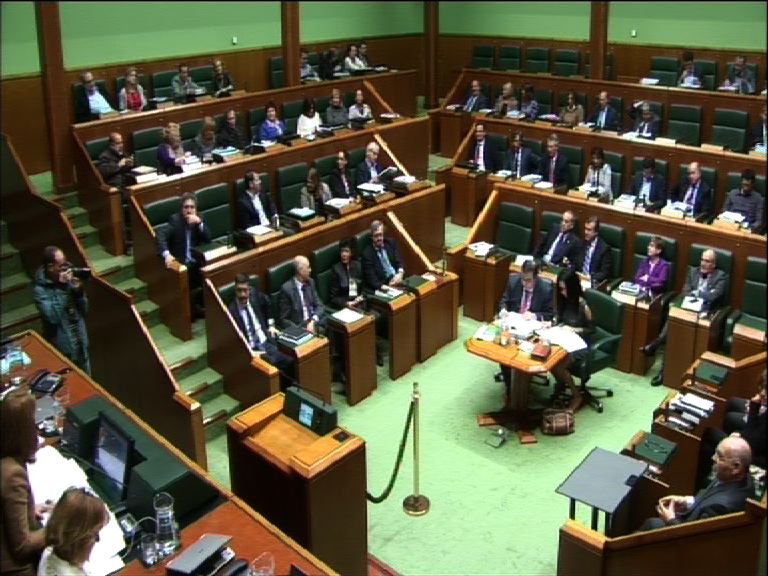 The Basque accounts for the coming year have three main goals: to create employment, ensure social services and benefits, and ensure budgetary stability and fiscal consolidation.

The reduction in available resources has made it necessary to give priority to policies that promote innovation, training and more effective solidarity mechanisms to provide support for the population most affected by the crisis. The budgets for 2012 are necessarily austere owing to the reduction in non-financial revenue, which is 1.3% less than in 2011 fiscal year. The Provincial Councils' contribution to the budgets has dropped by 2%, standing at below that of 2006. Social expenditure accounts for 73% of the budgets and amounts to nearly 3450 euros per inhabitant.

The total budget for 2012 amounts to 10,449 million euros, which represents a reduction of 1% compared to last year and 3.7% without including the fixed costs for personnel and the contribution of the Basque Y rail network. The most recent legislative developments are the inclusion of the foundations and consortiums accounts in the bill for the first time; the increase in the allocations for financial backing, which amounts to 550 million euros; the staff zero-growth scenario; the pay freeze and improvement in treasuries management.

The Basque accounts for the coming year were ratified this morning by the Basque Parliament (Vitoria - Gasteiz).