The Family Mediation Service of the Basque Government assisted 14,411 people in 2022 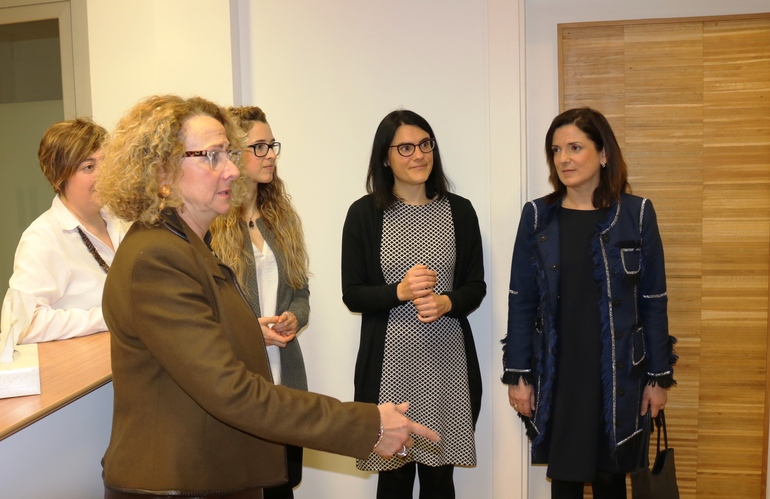 The Family Mediation Service of the Department of Equality, Justice and Social Policies of the Basque Government has increased its activity: in 2022, it attended 14,411 people at its offices in Araba, Bizkaia and Gipuzkoa, which represents an increase of 8 % compared to 2021.

This service, free of charge and available to any family residing in the Autonomous Community who wants to resolve a family conflict outside of the judicial sphere, has been active for 26 years and, year after year, its demand increases.

According to the director of Families and Children, Irune Muguruza, "the data reflects a continuous increase in the demand for the Family Mediation Service in the three Territories, for this reason, in 2022 the team has been reinforced and the budget has increased, which amounts to 840,000 euros per year”.

“The service begins with a first face-to-face appointment, which can be requested by phone or email, in which the team explains the procedure and, if the person expresses their interest, the phase begins. Of pre-mediation, that consists of explaining the mediation process to the parties involved so that they decide whether to start the mediation. A decision that they must ratify by signing a commitment document” details Muguruza. In 2022, 745 pre-mediation interventions carried out.

Once the commitment signed, the mediation process begins in which the families or couples in conflict meet with the mediator in different sessions, in which they work on their points of view and contrast them with the other party to try to solve the problem they are facing. It has led them to mediation.

The objective of the service is to reach an agreement between the parties in which it is established what each party would contribute to solve the problem. In 2022, the mediation team monitored 978 mediation files, of which 82.1% managed to reach agreements. On the contrary, 16.6% decided to end mediation and in 1.3% of cases, mediation was unfeasible.

The service includes monitoring the agreement signed by the parties, which usually carried out one year after its signing. In 2022, 496 agreements followed up.

Muguruza considers it necessary to “review the level of compliance or the viability of the agreement after a while. If the parties decide that the agreement they reached has become obsolete or does not correspond to their needs, they can agree to its modification and could even request a new mediation process to review the status of the conflict and find another form of agreement that is more in line with reality. ”.

85.5% of the families that attended the SMF in 2022 raised conflicts derived from the situation of rupture, while the remaining 14.5% (a percentage that is increasing, year after year) presented other types of family conflicts (disagreements between siblings, intergenerational conflicts, etc.). Among the families served, many of them had dependent sons and daughters.

In 2021, a new service headquarters opened in Tolosa, with the intention of facilitating access to the citizens of the Tolosaldea region. The data obtained in 2022 (48 files) confirm a progressive increase in the number of people who have attended family mediation, doubling the number of files processed compared to the previous year.

The approach to the service carried out mostly by women (68.2%) and in the pre mediations, they also have a greater female presence (59.95%). On the other hand, in mediation processes, the percentage of presence of women (51.4%) gradually equals that of men.

During the year 2022, a novel experience been carried out an international and institutional collaboration with the Judicial Mediation Centre of the province of Entre Ríos -Argentina- to initiate a family co-mediation between two parties, one of them residing in Entre Ríos and another in Donostia/San Sebastián.

The Family Mediation Service-SME of the Basque Government attends in the capitals of the three Historical Territories: in Vitoria-Gasteiz (St Olaja de Acero Street 1); in Donostia-San Sebastián (Larramendi Street 1), and in Bilbao (Santutxu Street 69). Since 2021, it also serves one day a week in Tolosa (Gorosabel building).

The SMF in Euskadi has multidisciplinary teams made up of educators or social workers, lawyers and psychologists, in each Historical Territory. The experience of the Basque Government's SMF is a state benchmark since it is the only public service with direct and universal access of these characteristics.