Celaá: “Eskola 2.0 represents a commitment to the modernisation of the education system, to equality and to a more personalised teaching method” 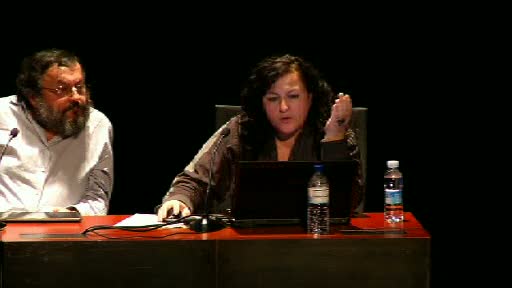 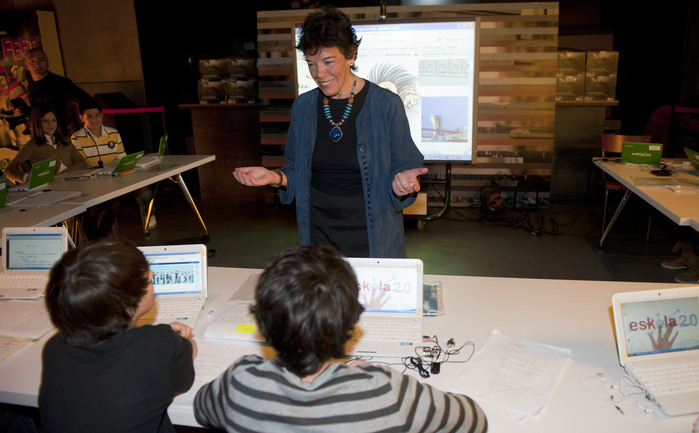 400 Basque teachers gathered in the Alhóndigabilbao to attend the second Eskola 2.0 working conferences to continue to improve their training

80.000 computers have been made available to Basque pupils via ESKOLA 2.0: 39,000 computers have already been distributed amongst pupils in the fifth and sixth year of primary education whilst 20,000 are currently being distributed amongst pupils in the first year of secondary education and a further 21,000 computers will arrive in the next academic year to reach a total of 3581 digitalised classrooms. In spite of the economic situation, the continuity of the program is guaranteed as a result of continued "investment" over these years of 48 million euros. In this academic year, more than 3000 teachers are immersed in basic and advanced ICT training processes, in their own centres and in the Berritzegunes, or support centres in their area.

The II Eskola 2.0 working conference took place today in AlhóndigaBilbao, an initiative that has entailed "profuse" participation of Basque teachers. A total of seven educational centres have directly taken part and more than 400 teachers have attended to improve their training in relation to the new resources afforded by the digital classrooms. During the inaugural act for these conferences, the Basque Minister for Education, Universities and Research, Isabel Celaá, affirmed that "Eskola 2.0 represents a commitment to the modernisation of the Basque education system, to equality and to a more personalised teaching method".

In the words of the minister, "it was no longer acceptable to have digital and computer resources arrive in a preferential manner to those education centres that accredited a certain level of digital competence. We were in danger of creating, in a de facto manner, an educational gulf between centres and their pupils".

Isabel Celaá's Ministry adopted the decision to supply computers to all pupils in public and private subsidised networks, thereby preserving the principle of universality and equality in terms of access to information and communication technologies. In this manner, from 2009 onwards, an additional academic year has been incorporated into the program annually. 39,000 computers have already been distributed amongst pupils in the fifth and sixth year of primary education, a further 20,000 are currently being distributed amongst pupils in the first year of secondary education and an additional 21,000 will be arriving for pupils in the second year of secondary education. The objective is to digitalise a total of 3581 classrooms during this term of office.

The conference that took place today forms a part of the aspect of the initiative: ensuring that Basque teachers are trained in ICT. Indeed, the 400 teachers that participated today in the AlhóndigaBilbao are joined by an additional 3370 who are currently participating in various training courses relating to Eskola 2.0 and ICT: 1069 primary school teachers, in the "Eskola 2.0 basic and advanced" options; 1369 secondary school teachers in the "Basic training in Eskola 2.0" module; and a further 932, from both primary and secondary schools, in the seminars afforded by the Berritzegunes' ICT advisors. The courses are, for the most part, provided in the education centres where the teachers work. "It was no longer acceptable to simply continue with previous programs. Fresh impetus was required, a revolution: this is what Eskola 2.0 represents", the Minister for Education stressed.

In spite of the delicate current economic situation, the result of the fall in the collection of the provincial treasuries, Isabel Celaá affirmed that the Eskola 2.0 program is not at risk as it is considered as "an investment". "We cannot allow present difficulties to compromise our future", she stated. The Minister assured those in attendance that the necessary budget investment will be made for the present and next academic year.

Initial evaluations of the program support the commitment made by the Basque Ministry of Education. In a survey carried out on public school teachers who have participated or are participating in the Eskola 2.0 project, the majority confessed that they frequently used the digital screen and the web 2.0 and more than 75% affirmed that they programmed activities directly relating to ICT. Moreover, the use of digital resources is encouraging many teachers to make new methodological proposals and more than 50% believe that they have a highly positive impact on work relating to diversity within the classroom.

Isabel Celaá shares the opinion of those responding to the survey, holding the belief that Eskola 2.0 "is affording the Basque education system an instrument that will become vital to the full development of the model of inclusive schooling". "It will facilitate more personalised educational intervention, better adapted to the circumstances and rhythm of each pupil and developing their potential to the full: both pupils with high intellectual capacity and those who experience learning difficulties", she concluded.