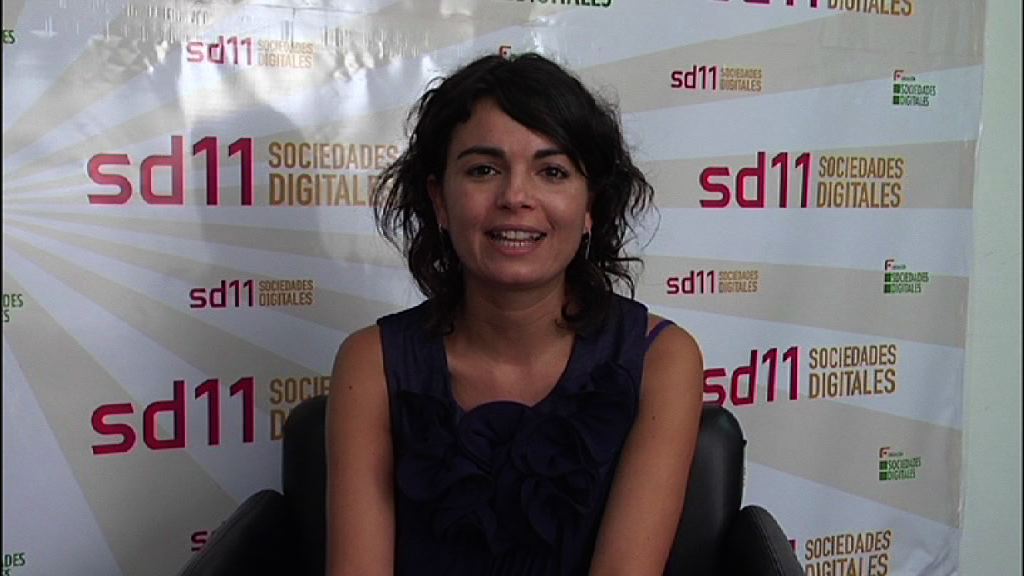 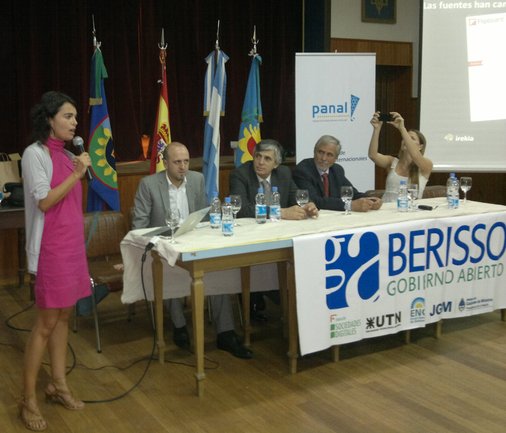 The Director of Open Government and Internet Communication, Nagore de los Ríos, and the Director of Citizen Services, Alberto Ortiz de Zárate, have travelled to Argentina to provide a series of workshops on Irekia and the Basque Government's Open Data portal. The Argentine Government has opted for the Basque platform to develop the model for open government in Argentina. The city of Berisso in the province of Buenos Aires will be the first municipality to apply this model.

Invited by the Argentine government, Nagore de los Ríos and Alberto Ortiz de Zárate have visited Argentina to provide an account of the Basque case as the first successful experience of the implementation of Open Government policies in Latin America. In collaboration with the National School of Government (ENG) and the National Institute for Public Administration (INAP), public bodies charged with training civil servants and other posts in this South American country, the Basque representatives have reported on the steps taken by the government of Patxi López in terms of Open Government. The meetings were intended to train ENG members, affording them knowledge that might be adapted to local conditions with the objective of generating specialised training in the field of Open Government in Argentina.

This exchange between countries proved possible within the framework of the technical cooperation between Argentina and Spain, as part of the Spanish-Argentine Program on Governability and Administration. The heads of the Basque Government's Open Government initiative detailed the principles and characteristics on which the Basque platform is based in the various workshops provided for Argentine technical personnel in the ENG and, in parallel, in the IV Forum on Digital Societies.
The workshops bring together specialists, academics, politicians and businesspeople from all over the world with the aim of arriving at consensus and implementing actions that involve all key agents in the generation of policies for digital development and inclusion.

The IV International Forum on Digital Societies is an event organised by the Digital Societies Foundation and is celebrated on an annual basis in the City of Buenos Aires. The event has been held on three previous occasions and has consolidated its position as a space for discussion and debate on current and future societies within the digital era. On this occasion, the event was inaugurated by the Spanish ambassador to Argentina, Rafael Estrella, and the Coordinator of the Advisory Council for Open TV in Argentina, Osvaldo Nemirovsci. Both of these speakers were introduced to those in attendance by María Sol Tischik, President of the organising body.

The #SD11 Forum has worked under the banner of "the Social Model for the Argentine Digital Agenda" and, within this framework, has focused on public policy implemented in Argentina and similar programs applied in other South American countries and Europe. The forum boasted more than 40 panelists and an audience of 600 people.

In the City of Berisso, in the province of Buenos Aires, the Open Government presentation occurred within a public presentation on open government, wherein the municipality signed an agreement with the National Government to become the first to implement the Irekia platform as a pilot study. Accompanied by various local and national political figures, the exposition of the Guidelines of the Basque Government provoked a great deal of interest amongst the media of Berisso, civil servants, local associations and the general public.

Throughout the week, Nagore de los Ríos and Alberto Ortiz de Zárate have delivered seminars on Open Government in various spaces and to different sections of society. More specifically, the workshops were divided into three modules. The first, involving the presentation of Irekia and the Irekia open-source software, focused on providing details in terms of human resource requirements, internal operation and the economic and technical resources required to implement the open-government model in Argentina. Efforts were made to communicate the stages of implementation, the results obtained in terms of management improvement, transparency and budgets and the identification of specific needs that should be addressed in order to adapt the

The second module consisted of a workshop on Internet communication. In this case, efforts were made to specify internal and external communication and training processes for the implementation of open government, the analysis of Internet communication and the audiovisual development of open government, the use of social networks within the Basque Government, analysis of the Irekia tool, mechanisms for open government and internal training. The third and final module focused on policies for transparency and the opening up of public data in a reusable format, encompassed within the concept of open data.

Located 65 km south of the Argentine capital, Berisso possesses 95 thousand inhabitants and has been afforded the title of "provincial capital of the immigrant". Since 2003, when the present government began its first term, the Municipality has carried out actions in order to construct processes of transparency and participation with citizens via a series of different tools, such as the participative budget. With the collaboration of the national government, it will become the first municipality to implement the Irekia platform in Latin America.

The technical assistance and recruitment workshop celebrated in this city was organised by the Spanish Agency for International Development Cooperation (AECID) and the Argentine Chancery and was spearheaded by the Cabinet Head Luis Stangati along with representatives from the bodies involved in the implementation of Open Government in the district, such as the Directorate of the Cabinet of Ministers of the Government of Argentina's Sub-secretariat for Administration Technologies, the Digital Societies Foundation, the National Technological University (UTN) and the School of Government.

The Government Secretary of Berisso, Guillermo Di Giácomo, stated that "this is a proposal that enables interaction between the Government and citizens, a move to bring them closer together, as is the case with the Participative Budget Program wherein residents select and decide the construction work that is to be carried out in each area. The implementation of Open Government in our district is a source of pride for this municipal government as this is the first municipality in the country wherein this new manner of understanding communication between the community and the administration will be introduced".

For his part, the Basque Director of Citizen Services explained that "we possess an Open Government model that is a pioneering initiative in Europe. It is good to communicate our experience. We are extremely interested in having Berisso become the first Argentine city to implement it in order find a more immediate response to the citizens' demands".

In conclusion, with regards to the platform developed by the Basque Government, Nagore de los Ríos issued a challenge: "we have released our software in order to put it into practice in Berisso. We developed it in order to improve contact with the general public via Internet and now we open it up to the community in order to have others improve it and employ it to ensure that we all benefit".