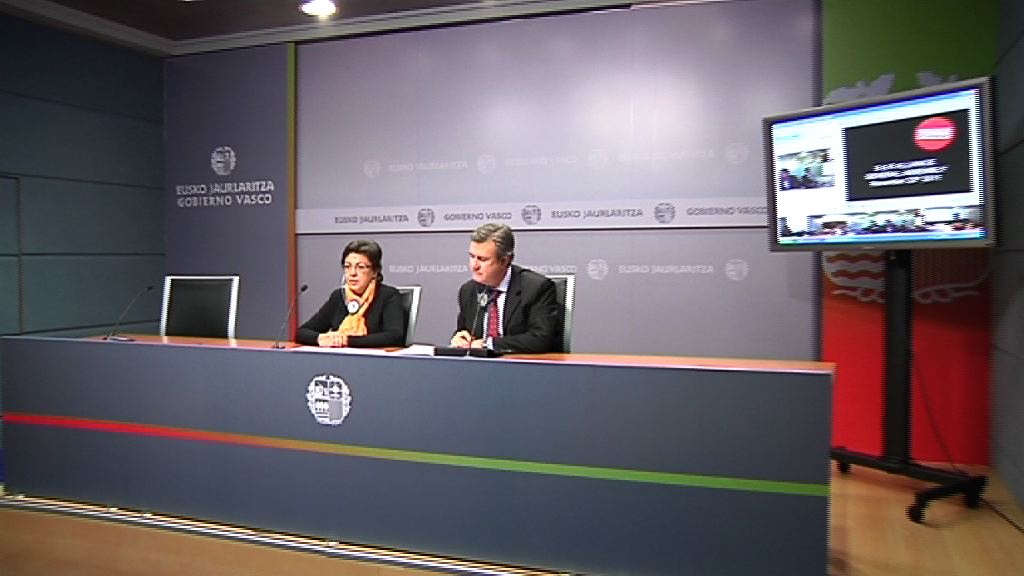 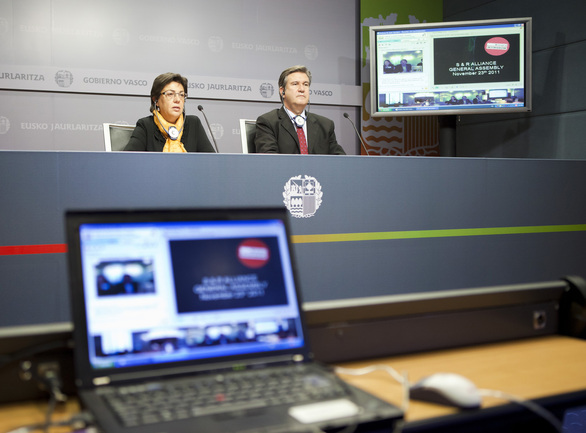 Since its inception, the Basque Government has been part of the EV20 program, which is a lobby organisation set up within The Climate Group consisting of 20 governments and leading companies involved in the development of electric vehicles. During the General Assembly of The Climate Group, the Lehendakari was officially appointed European co-chair of the International States and Regions Alliance within the network of The Climate Group, in a meeting that included the participation of the Basque Minister for the Environment, Territorial Planning, Agriculture and Fishing, Pilar Unzalu, and the Basque Minister for Industry, Innovation, Trade and Tourism, Bernabé Unda.

With the support of the Basque Delegation to the European Union, the Basque ministers participated in a videoconference, presenting a number of the Basque Government's innovative initiatives in the fields of climate change and energy.

In addition, they outlined the importance of these initiatives in terms of the implementation of a low-carbon economy, the objective of developed economies such as the Basque economy.

First, the Minister for Industry, Bernabé Unda, discussed three aspects that are vital to the advent of the "Clean Revolution": Basque experience in the creation and consolidation of public/private partnerships that have given rise to successful projects that might serve as exempla for other governments; the possibility of celebrating a meeting between the members of the S&R Alliance in the 2012 European Green Capital, Vitoria-Gasteiz, in order to prepare a joint strategy for Rio+20; and, finally, the creation of a group focusing on the development of marine energy in the heart of the S&R Alliance, a discipline wherein the Basque Country boasts significant advances.

For her part, the Minister for the Environment drew attention to three initiatives that are crucial to the Basque Country's leadership in the development of a sustainable economy. On the one hand, she referred to the Basque Ecodesign Center, the first of its nature to be created in southern Europe. The minister also indicated that this centre will make a decisive contribution to converting the Basque Country into an advanced region and a European reference point in terms of eco-design, via collaboration between companies and centres that will enable the acquisition and application of cutting-edge knowledge in this field.

The minister then made mention of the EcoEuskadi2020 strategy, aimed at promoting sustainable development and economic growth, grounded on environmental, economic and social cornerstones, in order to achieve an economy with low CO2 emissions. The final section of her intervention centred around a brief explanation of the Basque Law on Climate Change, as a result of which the Basque Country will position itself as a leading region in terms of Sustainable Development, affording innovative initiatives such as green public contracting, the obligation placed on all public administrations to draw up plans to combat climate change, and the joint responsibility of all Administrations via the so-called "coal budgets", amongst other measures.

The Climate Group is an independent non-profit organisation that operates at international level in collaboration with governments and business leaders with the objective of promoting policies and technologies that contribute to the reduction of CO2 emissions. The body was created in 2004 and its organigram features a States and Regions Alliance with three co-chairs: one in Europe (the Basque Country), one in America (Quebec) and a third in Asia (Southern Australia).

The group also proposes to expedite the creation of a "clean industrial revolution" that will bring economic growth and employment whilst ensuring a cleaner, more prosperous and better future for everyone.

The Climate Group is established and possesses offices in Europe, North America, Australia, China, Hong Kong and India. Since 2010, the coalition has included the world's 80 largest companies and sub-national governments. Collectively, the members account for 15% of global GDP. Notable members include the following:

Furthermore, since its creation in 2004, The Climate Group has been supported by leading figures on the global stage, such as the former British Prime Minister Tony Blair, Albert II of Monaco, who collaborates with The Climate Group via the Prince Albert II Foundation, and Johnson Controls, the Euro-Mediterranean Forum on Energy Efficiency.

Amongst its technological programs, attention should be drawn to the following:

• EV-20 (Electric Vehicle): Work is being undertaken with a network of 20 bodies committed to the objective of promoting rapid transition to the electric vehicle, creating the political will and necessary markets to expand the use of electric vehicles in a quick and efficient manner. To this end, links must be created between car and battery manufacturers, public services, banks and governments of all levels. In addition, the existing transport infrastructure must be transformed and new vehicle supply chains and new policies and models for financing will be required to guarantee supply to the market and the meeting of demand.
• Smart 2020: The Smart 2020 report illustrated the manner in which ICT can reduce global emissions in all sectors by 15% by 2020. Therefore, The Climate Group is focusing on smart networks, smart buildings and smart cities.
• LED: Work is being undertaken with governments and companies throughout the world in order to make LED's commercially viable for use as street lights at global level.
• Carbon Capture and Storage (CCS): The CCS working group aims to accelerate construction of the five CCS large-scale demonstration plants in China, India, the U.S., Europe and Australia, planned for 2014.

The Climate Group has established the States and Regions Alliance, grounded on recognition of the important role played by sub-national governments in the fight against climate change. Furthermore, The Climate Group organises and convenes a series of events such as Climate Week in New York, a global forum that analyses the manners in which companies and governments throughout the world can finance and develop polices that support the "clean industrial revolution".