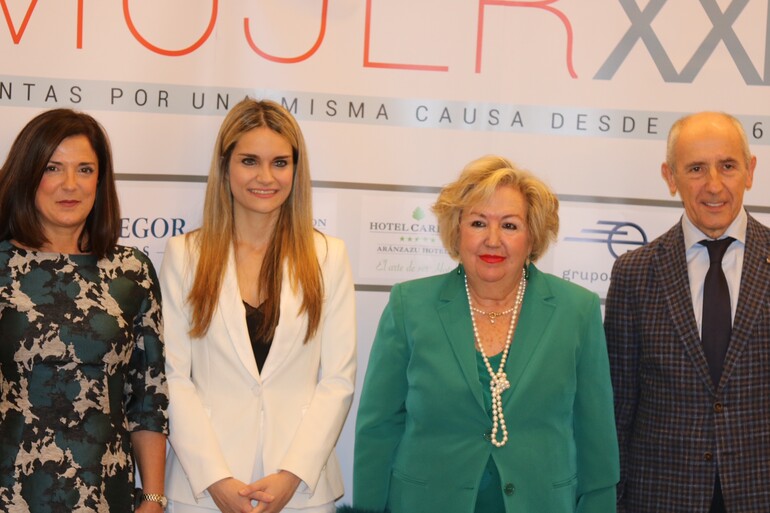 The Vice President and Security Minister Mr. Josu Erkoreka and the Minister for Equality, Justice and Social Policies of the Basque Government, Mrs. Beatriz Artolazabal, have congratulated the pianist Isabel Pérez Dobarro who has received the “XXII Golden Pin” this afternoon. It´s the Prize of the Basque Association of Women Entrepreneurs and Professionals Woman XXI Century for her career and intense professional musical activity and commitment to the Sustainable Development Goals.

Isabel Pérez Dobarro (Santiago de Compostela, 1992) has been playing the piano since she was three years old. At four, she gave her first concert. She is a chess fan; she was the Galician women's champion four times and the fifth state champion, until she left it at the age of 15.

The young Galician musician studied at the Real Conservatorio Superior de Música de Madrid where, in 2010, she obtained the Superior Degree in Piano. In 2012, she completed a Master of Music at New York University. Pérez Dobarro is part of the United Nations Sustainable Development Solutions Network Youth, an initiative developed under the auspices of the Secretary General of the United Nations, where he is manager of the Arts Twenty Thirty initiative and UN Focal Point, through which he promotes the Goals of Sustainable Development.