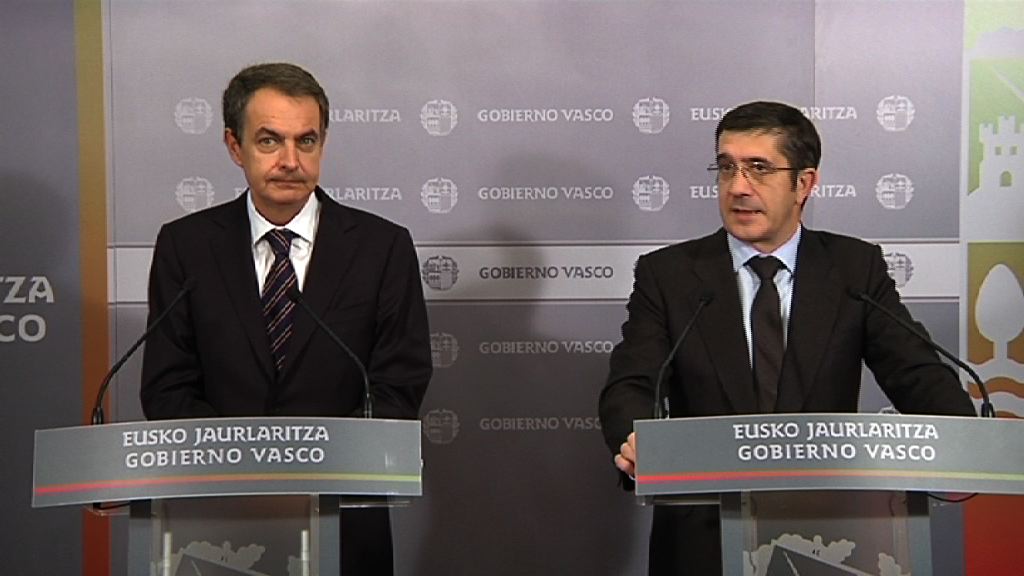 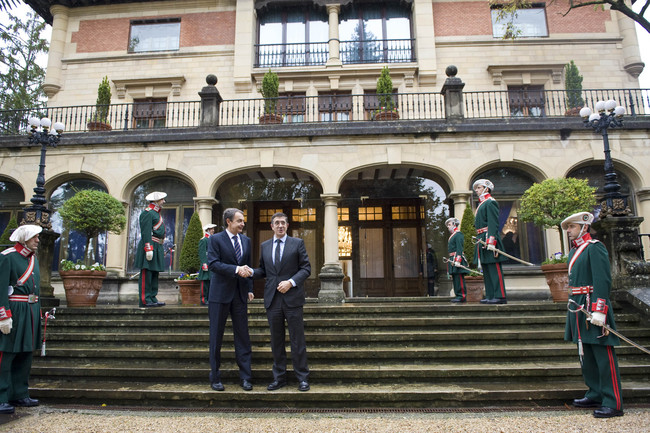 In a joint appearance, the Lehendakari and the President of the Government stressed the importance of acting prudently and without haste within the new context of freedom, whereby they leave the implementation of any initiative in this regard in the hands of the next government, to be decided in the elections on the 20th of November. "We are not going to fix 40 years of violence in this territory in ten days of emergency", the Lehendakari pointed out, convinced that all actions must be guided by the search for "unity". "Searching for unity to recover memory, for the democratic pedagogy that we require in this region to bury hatred and intolerance and unity to make progress in the new era", he added.

Mr López thanked the President of the Government for his implication in the fight against terrorism, "for his firm commitment when many insulted him and he risked all", affirming that "the Basque Country owes much to President Zapatero". "Zapatero's governments have brought the highest investment to the Basque Country and, above all, have aided us to bring peace and defeat terrorism. We are not forgetful and therefore, thank you, José Luis. We can not thank you enough for your help. In the Basque Country you will always be a great president, a friend of the Basques", he added.

For his part, the President of the Government showed his feeling of "closeness" to the Basque people, affirming that when he landed this morning in Vitoria "I felt a new atmosphere that is very deep, very moving".
The Lehendakari explained that both he and the President of the Government coincide in affirming that the defeat of terrorism "represents a victory for the State of Law and the democratic resistance of society and its institutions; for the courage of the victims; for the refusal to tolerate any form of totalitarian injustice; for the efficiency of the police forces and the judiciary; and for the determined collaboration of other countries". "ETA was the conflict, as we have verified with the silencing of the weapons," Mr López stressed, drawing attention to the fact that the victory is also "the result of policies that in governments we have applied with full collaboration, with complete unity" as "if we had attended to proposals that, hailing from one side or the other, asked us to modify anti-terrorist policy, we would have undoubtedly taken longer to finish off ETA",

With regards to the future, the Lehendakari expressed his commitment to construct it "with hope, but also with memory and setting out from memory". "We are committed to a tomorrow without vengeance, but a tomorrow wherein each and everyone assumes responsibility for what they have done or what they allowed to transpire. We are not going to allow the executioners to attempt to portray themselves as victims or allow terrorists to affirm that they had no other option available to them", he stated.