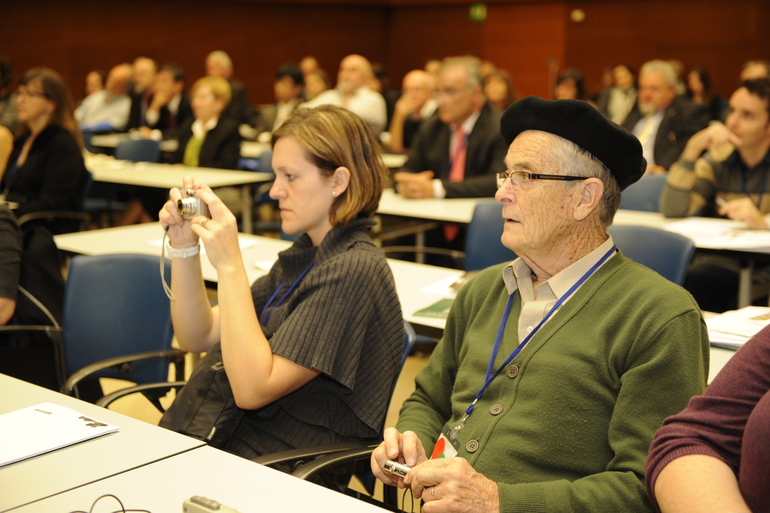 Mr López has asked the overseas ambassadors of the Basque Country to project an image of a "modern, competitive and innovative" region, far removed from the image of a violent territory that has characterised the region for many years. "We have unshackled ourselves from the burden of ETA, which will give way to concordance and harmonious coexistence in the Basque Country", he stated.

Today, the Lehendakari presided over the V World Congress of Overseas Basque Collectives. The event was attended by representatives of 178 Basque centres hailing from 24 countries and 4 continents (Europe, America, Asia and Oceania). The Congress will serve to analyse and become better acquainted with the situation of Basque citizens overseas, their needs and their requirements.

The head of the executive urged Basque ambassadors throughout the world to project "the current reality of the Basque Country" overseas, "a Basque Country that is experiencing the intensity of the political moment that has opened up following the definitive cessation of terrorist violence". According to the Lehendakari, "for years we have been characterised overseas almost exclusively in relation to violence. ETA has represented a heavy burden that has accompanied us wherever we went, but today, this has ended", he stressed.

The Lehendakari, Patxi López, accompanied by the General Secretary for Overseas Action, Guillermo Echenique, and the Director of Relations with Overseas Basque Collectives, Julian Celaya, inaugurated the Congress set to take place in the Kursaal Convention Centre in Donostia-San Sebastián.

In addition to the new features of this edition of the Congress, other activities will run in parallel: talks with schoolchildren will be organised with the objective of subsequently organising study material relating to Basque emigration for the Basque school curriculum; various documentaries on Basque emigration will be screened and several literary works on this subject will be presented; a fair for collectives will be organised and those collectives and centres that have reached or are set to reach their hundredth anniversary in the near future will be recognised.