Irune Muguruza: "The triple line of action of the Basque Government against violence against children is based on the Draft Law on Children and Adolescents, its Strategy and the Barnahus Euskadi Project" 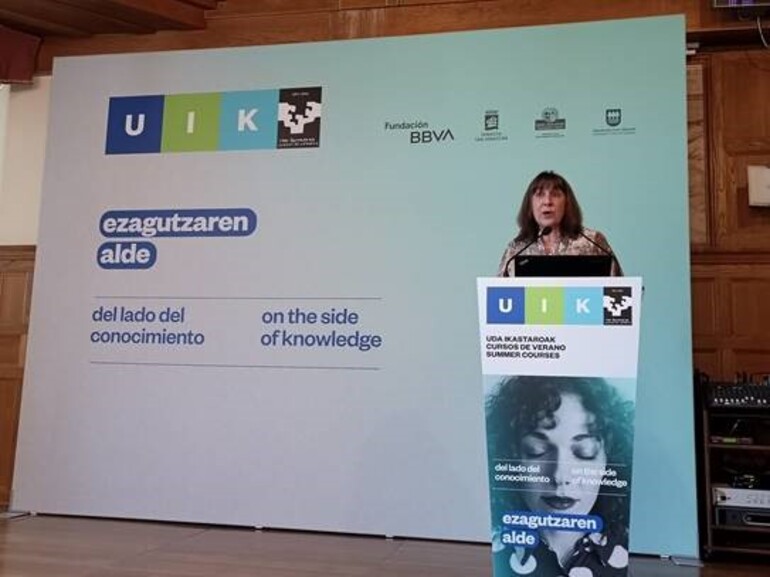 The director of Family and Childhood of the Department of Equality, Justice and Social Policies of the Basque Government, Mrs. Irune Muguruza, has indicated this morning: "The triple line of action of the Basque Government against violence against children is based on the Preliminary Draft of the Law of Childhood and Adolescence, the Basque Strategy against violence towards children and adolescents and the Barnahus Euskadi Project”.

Muguruza has spoken at the EHU UPV Summer Course held in Donostia-San Sebastián on “The forensic interview for pre-constituted evidence of children and adolescents who are victims of violence”.

The director of Family and Childhood has referred in detail to the Barnahus Euskadi Project “since it is a recommendation of the United Nations and the Council of Europe. There is clinical and empirical evidence of the effectiveness of the model, and studies indicate that it contributes to speeding up judicial intervention and increasing the number of detected cases, arrests, and prosecutions and convictions.”