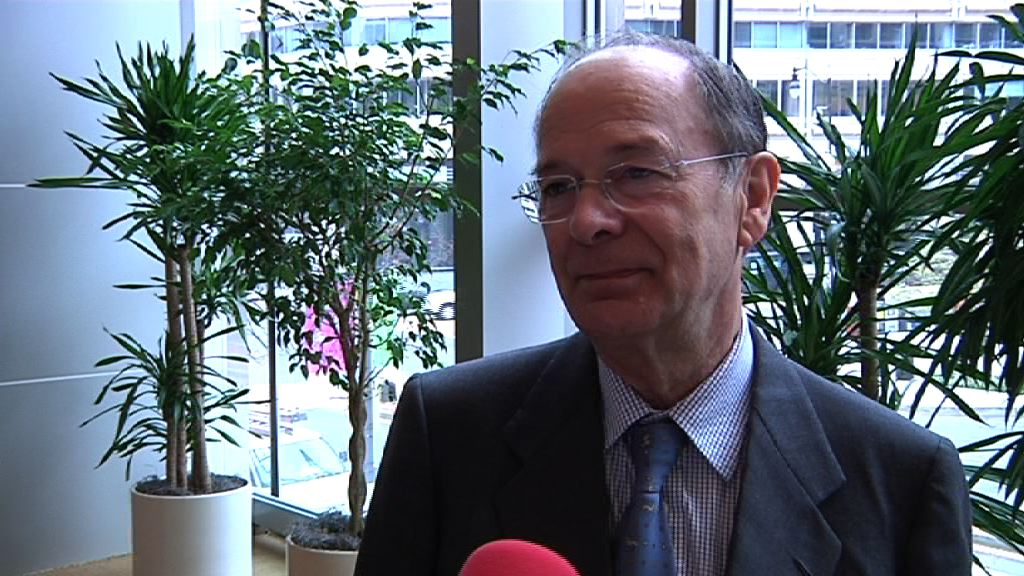 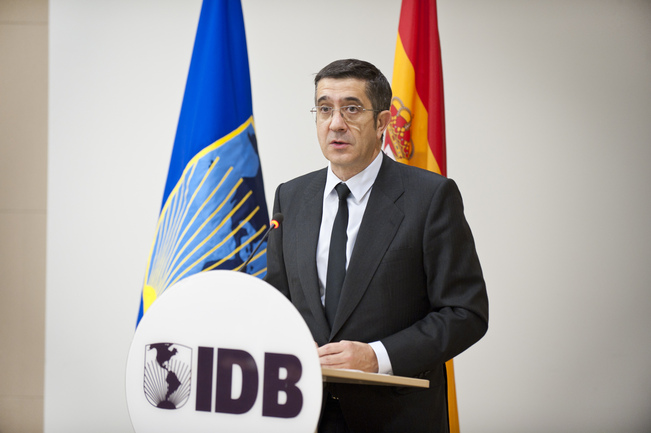 Download photo
Embed image
Download photo set (zip)
The Basque Government to act as an intermediary between Basque companies and the Inter-American Development Bank in order to expand in Latin America Source: Irekia

The Lehendakari has signed an agreement with the Inter-American Development Bank (IDB) in Washington, in order to act as a "bridge" between companies on either side of the Atlantic

The Basque Government is to act as an intermediary between Basque companies and the Inter-American Development Bank with a view to having this institution become a "potential client" of companies in the services sector and to facilitate access for Basque companies to the projects financed by this important body. The Minister for Industry, Innovation, Trade and Tourism, Bernabé Unda, stressed the importance of today's events, which have enabled close contact between Basque business people and the heads of the IDB. The sectors wherein the business sector has expressed an interest are linked to competitiveness, renewable energies, sustainability and health.

This morning, in Washington, the Lehendakari, Patxi López, and the Executive Vice-President of the IDB, Julie T. Katzman, signed an agreement of intentions that will facilitate access to various projects in Latin America for Basque companies. The agreement converts the Basque Government into a "bridge" between Basque companies and the IDB, an organisation that may become a client of companies in the services sector, but which, above all, finances projects throughout the entire continent, financing to which Basque companies now have access in more favourable circumstances.

Over the course of the business mission to the U.S., more than 60 companies are set to participate in meetings, roundtables and a conference wherein the Basque companies can become acquainted with the details of IDB procedures and the projects in which they are interested. "We are here to explain who we are", the Minister for Industry, Bernabé Unda, affirmed.

The business mission is interested in sectors such as competitiveness, renewable energies, sustainability and health. The Vice-Minister for Health, Jesús María Fernández, explained that companies linked to ICT (information and communication technologies) that enable the implementation of services such as electronic prescriptions, or socio-sanitary management companies, may find a business niche in the more advanced countries of Latin America, such as Brazil, Argentina, Chile or Mexico. In these countries, the situation is similar to the Basque Country in terms of chronic illness, such as respiratory diseases. "Here, some of our ideas might prove useful", he added.

The roundtables included the participation of the mayors of Vitoria-Gasteiz, Javier Maroto, Portugalete, Mikel Torres, and the Deputy Mayor of Bilbao, Ibon Areso, who elucidated a number of the most significant projects in the three Basque capitals, such as the European Green Capital in Vitoria, the waste collection model in Portugalete or the 2nd transformation of Bilbao with a view to knowledge and innovation.