The Lehendakari offers a conference in the Johns Hopkins University 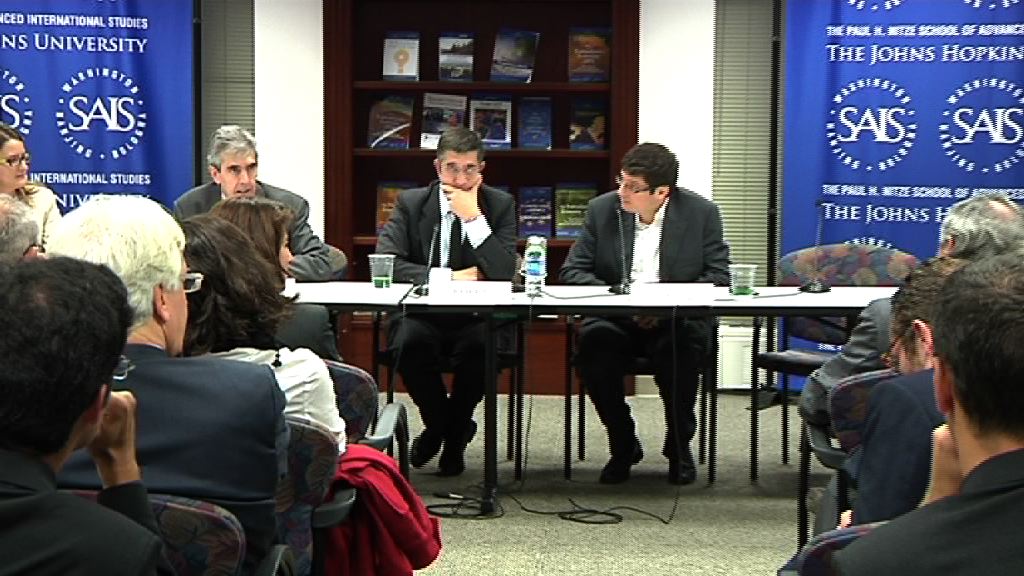 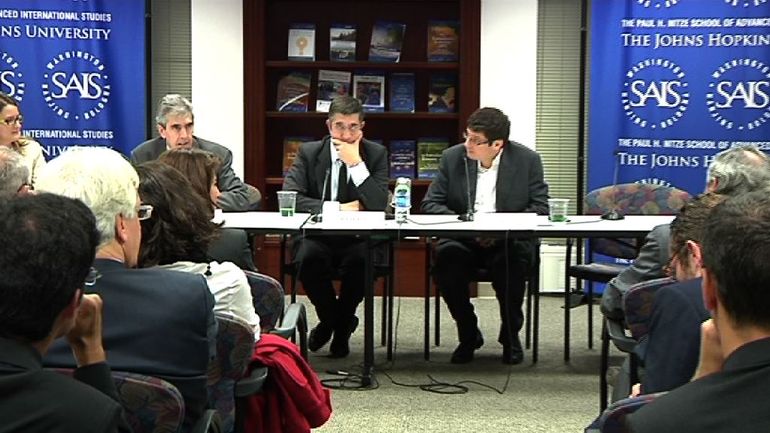 During his visit to Washington, the Lehendakari has criticised the subjugation of democracy to the "selfish and speculative" interests of the market.

The conference offered by the Lehendakari this afternoon in the Johns Hopkins University in Washington centred on the vindication of the role of politics. "Those of us who view ourselves as democrats must recover for public debate all those things are our responsibility". In the School of Advanced International Studies, Patxi López defended the welfare state and expressed the need to recover the importance of politics in the face of the hegemony of the markets.

During the institutional trip to the U.S., the Lehendakari gave a conference in the capital to vindicate the Basque welfare model based on policies to favour economic growth "without in any way affecting the social protection system that we have set up in recent years".

In the words of the Lehendakari, the financial crisis has brought to light that "we are entering a new era. The world is changing and our system must change with it, if we wish to avoid being victims of its collapse". Therefore, he drew attention to the need for "greater political control of the financial system, which, rather than rectifying the errors of the past, persists with the same tactics and strategies".

Thus, the Lehendakari has called for, firstly, stronger politics in Europe, "not as a patriotic flag to be flown in the face of other powers, but as a call for unity", above and beyond mere defensive measures to combat the crisis. Secondly, he called for greater political effort for Spain, in such a manner that no detriment is occasioned to public services and social policy, proposing another model, "[the model] defended by the socialists".

Finally, calling for more political effort in the Basque Country, Patxi López expressed his conviction that "my government is a model to be followed in terms of the manner of adapting to the demands of the new century whilst addressing the crisis". Education, with the introduction of the trilingual system, health, with focus on chronic patients, the public administration, with its commitment to transparency, industrial policy and social benefits are the large-scale reforms that the Lehendakari has implemented with these issues in mind.

During his address, the Lehendakari stressed the importance of initiating debate on taxation wherein "we do not have to ask ourselves which taxes we wish to pay, but rather, what services we wish to receive. What type of education, what type of health, what type of social coverage, what type of infrastructures, what type of justice.... and how we are to deal with all of this with our current resources".

Patxi López defined the trip to the U.S. as an example of the manner in which local politics can prove important on the international stage. "We can not change the global economic model, but we can travel throughout the world and take advantage of the specific opportunities that the large economies offer us in order to improve the Basque economy".