The majority of Basque youth considers that the current situation “is a climatic emergency” (78.7%) 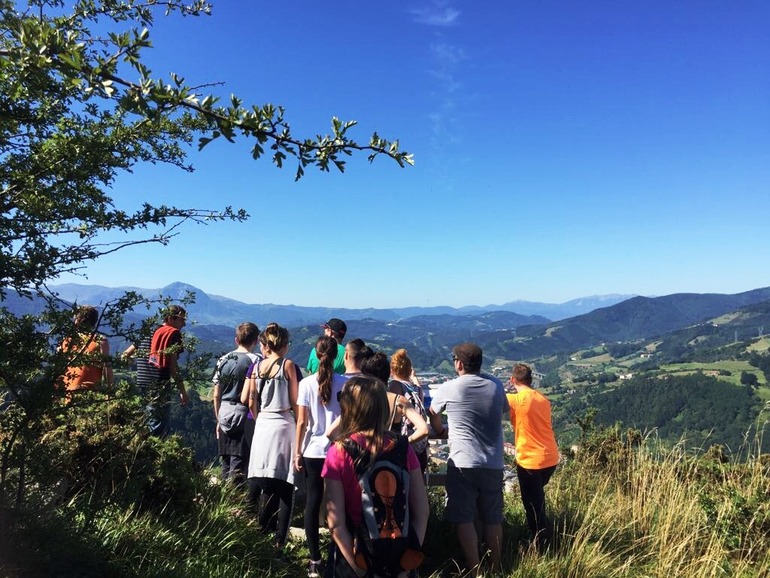 According to a survey carried out by the Basque Youth Observatory, of the Department of Equality, Justice and Social Policies of the Basque Government, the majority of young people have heard of the energy transition (74.6%) and the European Green Deal (55.7%). There are also a majority who do not believe it is likely to meet one of the main objectives of that pact, such as the net 0 emission of greenhouse gases by 2050.

“The majority of young people feel that environmental issues affect them a lot or quite a bit in their daily life and in their health (82.6%) and the majority say they regularly follow different behaviours that are considered linked to caring for the environment, yes. Well, of those proposed, only two carried out mostly for environmental reasons, such as separating garbage for recycling and taking your own bag to the purchase. In other cases, such as limiting the use of heating, for example, saving is a more important reason” highlights Mrs Agurtzane Llano.

With regard to the willingness to carry out different actions to take care of the environment on a regular basis, only the willingness to reduce the consumption of plastics or to walk or cycle urban routes of less than 3 km is in the majority. Young people are unwilling to reduce their online purchases involving home delivery or to make purchases that are more expensive because they are local.

66.2% of Basque youth have heard of the 2030 Agenda for Sustainable Development Goals, twenty points above the percentage registered for the entire population of Euskadi.

The youth believes that, of the 17 Sustainable Development Goals-SDG, the three priorities to undertake in the Basque Country should be health and well-being, quality education and the end of poverty. Climate action occupies seventh place in the ranking.

More than 400 people have spontaneously answered an open question that the Basque Youth Observatory posed at the end of the questionnaire. The issues that have been mentioned the most are: “Need for more environmental education in all areas; Implication to change our habits of life and consumption; Assumption of responsibility by companies; More restrictive environmental legislation for both companies and citizens in general; Criticism of the current economic model; Financing of scientific research; Lack of political will from governments; Promotion of renewable energy sources; Limit meat consumption; Economic precariousness as an obstacle to caring for the environment; Joint action at the global level; Some opinions favourable to nuclear energy as an alternative to the consumption of fossil fuels; and the SDGs as institutional green washing”.