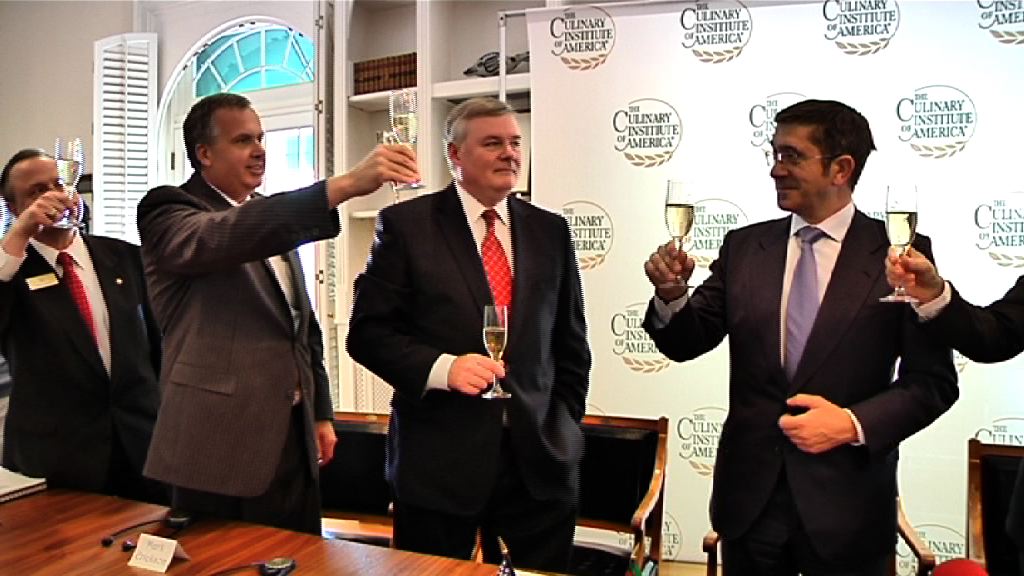 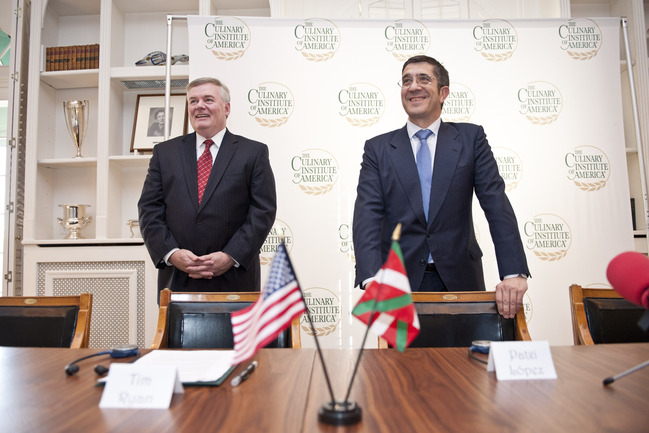 Today, the Lehendakari, Patxi López, presided over a collaboration agreement between the Basque Culinary Center (BCC) and the Culinary Institute of America (CIA), which will enable each body to exchange teaching and cultural personnel to research gastronomy and Basque cuisine in greater depth. Mr López drew attention to the importance of this agreement, which will give rise to advances in "innovation, research and creative audacity", characteristic elements "that have made Basque cuisine an international reference point". "And now, we take another step forward, converting the profession into a means of teaching and uniting companies and the university as a source of knowledge and innovation, key factors in any attempt to prove competitive in the future", he explained.

Today in New York, the Director of the Basque Culinary Center (BCC), Joxe Mari Aizega and the President of the Culinary Institute of America (CIA), L. Tim Ryan, were the signatories of a collaboration agreement between the two universities in an act wherein the Lehendakari, Patxi López, acted as the honorary chairman and Juan Mari Arzak, Martin Berasategui and Andoni Luis Aduriz, chefs who are members of the board of the Basque Culinary Center, acted as witnesses. Following the signing of the agreement, Aduriz offered a master class to CIA students.

The Culinary Institute of America is a university centre that is a gastronomical reference point at global level. It boasts four campus: in Hyde Park, New York (main campus), in St Helena, California, in San Antonio, Texas and in Singapore, with close to 3000 students and 43,000 former pupils.

The agreement seeks to establish collaboration between the two bodies to promote training, the exchange of teaching and cultural staff (teachers and students) and more in-depth joint research into gastronomy, wines and the culinary heritage of the Basque Country and Spain as a whole. Moreover, each party has expressed a commitment to promote the values and benefits of the Mediterranean diet amongst the North American public.