The young woman from Basque Country Irune Santamaría and Dylan Masson (New Aquitaine), spokespersons for the youth of the Pyrenees at the IV International Colloquium on Climate Change in Mountain Areas 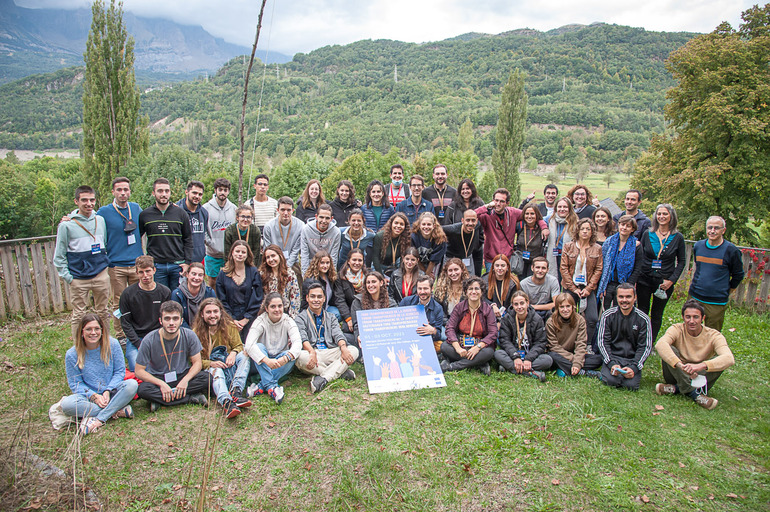 The young woman from Araba (Basque Country), Irune Santamaría, together with Dylan Masson from Aquitaine, will participate in the IV International Colloquium on Climate Change in Mountain Areas, which will take place on May 19 and 20, 2022 at the Euskalduna Conference Centre in Bilbao, organized by the Observatory Pyrenean Committee on Climate Change of the Working Community of the Pyrenees. Santamaría will also represent Pyrenean youth at the Borders Forum congress to be held in Paris on June 21.

The Observatory Colloquium  at the Euskalduna Palace will serve to present the results of the OPCC ADAPYR project and the initiatives of the second axis of the INTERREG POCTEFA 14-20 ACCLIMAFOR, FLORAPYR Avance and ADNPir program. Among the main results, the EPiCC, the first climate strategy in the Pyrenees, will be presented; the sectoral guidelines for adaptation; news in relation to observation and climate through the Climate Bulletin of the Pyrenees; advances in citizen science and environmental education.

In addition, a panel dedicated to the valorisation of good adaptation practices in the Pyrenees and an institutional block will be developed that will include representatives of European, states, and regional institutions in the field of climate change and mountain areas. The documentary "Al Paso del hielo" will also premiered, presented by the Biscayan mountaineer Alex Txikon. This feature film, produced within the framework of the ADAPYR project, offers a different vision to understand the recent evolution of the Pyrenean glaciers and the changes associated with it.

The conclusions of the IV Colloquium will publish on the OPCC website and will include the results report of the OPCC ADAPYR project and a summary document on the presentations of the conference. The OPCC is a cross-border territorial cooperation initiative on climate change of the Pyrenees Working Community (CTP), launched in 2010. The members of the CTP and OPCC are the Principality of Andorra, the Nouvelle-Aquitaine and Occitanie regions and the Autonomous Communities of Aragon, Catalonia, Basque Country (Euskadi)and Navarra.

Irune Santamaría, a student at the Faculty of Labor Relations and Social Work in Vitoria-Gasteiz, will also be the spokesperson for the Pyrenean Youth at the Borders Forum Conference organized within the framework of the French presidency of the Council of the European Union, which will take place at the Cité Universitaire de Paris on June 21 and 22 with the theme “Cross-border territories: fatalism or resilience? The young Pyrenean spokeswoman has focused her career on the field of development cooperation.