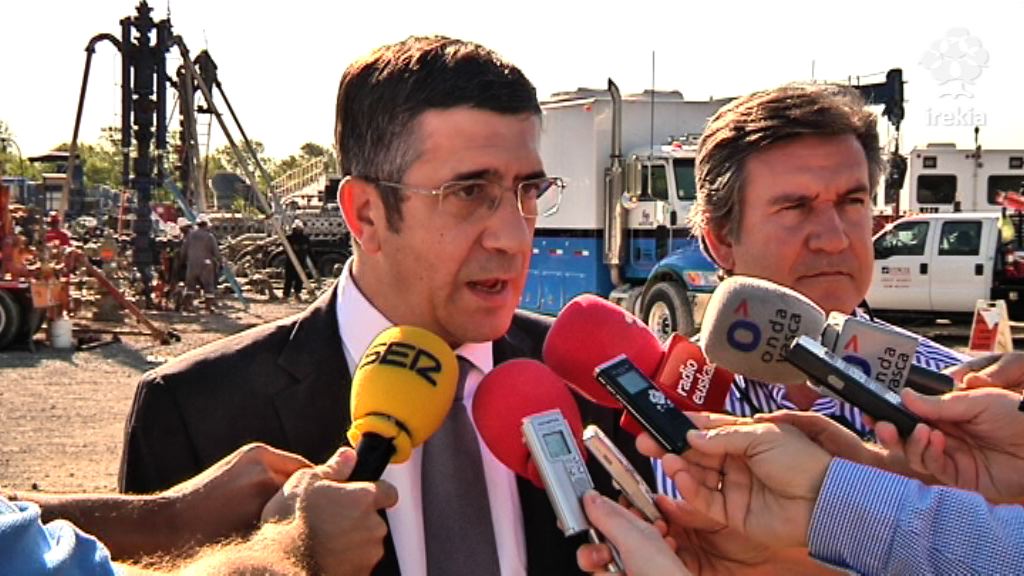 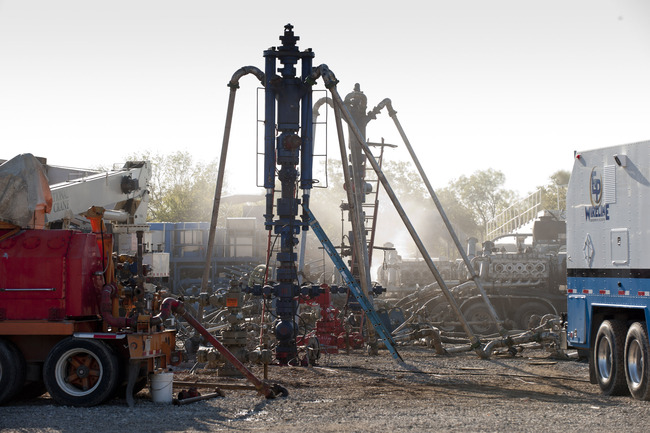 Unconventional gas is found next to the rock, rather than in the more common pockets, whereby its extraction proves more difficult and costly

This morning (local time in Dallas) the Lehendakari, Patxi López, visited an unconventional natural gas extraction field owned by the company HEYCO, accompanied by a part of the business delegation and representatives of the Ministy for Industry, headed by the Minister for Industry, Bernabé Unda, who is also visiting the U.S. The visit manifested the interest of the Basque Government in converting the Basque Country into a reference point in southern Europe in terms of unconventional gas. The latest studies carried out have detected gas in the Gran Enara area (Álava): of the 14 wells that were drilled, 13 presented significant evidence of gas. Thus, a further 100 million euros are to be invested in two new prospecting procedures to definitively confirm this find, which would allow the region to remain self-sufficient for the next 60 years.

Nowadays, natural gas meets 42% of Basque energy requirements and according to the Basque Executive’s predictions, over the course of the next ten years, natural gas will continue to represent our most important fuel.  Indeed, this summer witnessed the commencement of the construction of Bahía Bizkaia Gas’s third tank and the reform of the Gaviota subterranean storage facilities is to be implemented and interconnection with France is to be increased. In this context an opportunity has arisen in the form of “shale gas”, otherwise referred to as unconventional gas. The unique feature in this gas, which is also a handicap as it hinders the extraction process and increases costs, involves its location next to the rocks, rather than in the more common subterranean pockets.

According to the Lehendakari, the gas has been found in the area of the Gran Enara project (Álava) following the drilling of 14 wells, 13 of which produced significant evidence of gas. As a result, a consortium has been formed, consisting of EVE (42.82%) and the North American companies HEYCO ENERGY ESPAÑA (21.88%) and CAMBRIA EUROPE (35.30%), which this week received the Basque delegation currently visiting the U.S. “to explore the possibilities that we might have there”, Mr López explained.

Via this visit and the work in collaboration with Heyco, the Basque Government hopes to enable Basque companies to enter this new market, promoting the adaptation of their offer with the necessary technologies. To this end, collaboration will be sought with international partners and efforts will be made to attract leading multinational companies to take advantage of their know-how and development techniques.
“As is the case with the region’s strategic projects, such as the electric vehicle or smart electricity networks, we hope that investigation into local unconventional gas reserves becomes an activity that provides impetus to industrial development and activity for our region’s companies”, the Lehendakari stated.