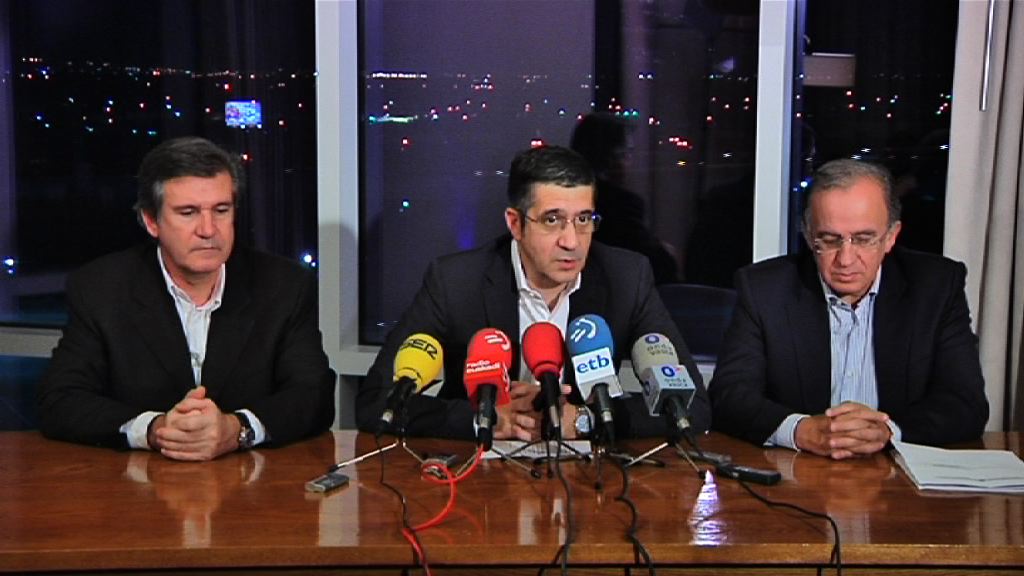 The Lehendakari heads an economic mission accompanied by more than one hundred companies with an itinerary that takes in Dallas, Boston, Washington and New York

The Basque delegation led by the Lehendakari, Patxi López, and consisting of more than one hundred companies has landed on American soil, prepared to "knock on the doors" of the North American market, the third largest importer of Basque products and the tenth most important destination in terms of Basque exports, where, in spite of the crisis, a "guarantee of growth" remains. The Lehendakari, who landed in Dallas this evening, stressed the importance of the presence within the mission of companies, clusters, chambers of commerce and institutions, as it allows us to transmit a "regional proposal" overseas. "There is no sense in competing with your neighbour when competition lies beyond our borders, in a single global market", Mr López stated, affirming that "insofar as we unite and establish common objectives, we will prove more competitive and capable of overcoming the trials and challenges we face". The business mission commences tomorrow, in Dallas, with visits to HEYCO and DEVON ENERGY, with which the Basque Country is set to collaborate in the extraction of unconventional gas.

On Saturday, in New York, the Lehendakari will visit the Euskal Etxea, where the details of the setting in motion of the EITB Basque TV Channel will be revealed. The channel will enable viewers to watch Basque public television on the other side of the Atlantic. New York will also provide the venue for the signing of an agreement between the Basque Culinary Center and the Culinary Institute of America and a food industry exhibition is planned along with a visit to "ground zero", the site of the attacks on September 11th.

On Tuesday, the delegation will travel to Boston to visit the Basque company Progenika, a figurehead within the objective of increasing awareness of the Basque Country in North America.

The week draws to a close in Washington where the Lehendakari will sign an agreement with UN Women, accompanied by Michelle Bachelet, whilst on Friday, in Trenton, he will visit a factory owned by the company Gamesa.

The agenda includes a reception to present the Basque Country as a tourist destination as increasing numbers of North Americans choose the Basque Country for their holidays: 52,000 came last year, more than twice the numbers registered ten years ago.

Questioned by journalists, the Lehendakari reiterated that the Basque Government has not been invited to the International Conference in San Sebastian and that he does not feel that it is incoherent that the event is attended by members of the Basque Socialist Party [PSE]. López once again stated that "where efforts are made in favour of peace and liberty, everybody is welcome, but where efforts are only made in terms of the propaganda of the left-wing Abertzale nationalists, this would not prove so welcome". "However, we will be there to verify it", he added, stating that the Basque Government will abide by the route established by the Basque Parliament, "because it is the route that will enable us to make advances over time".