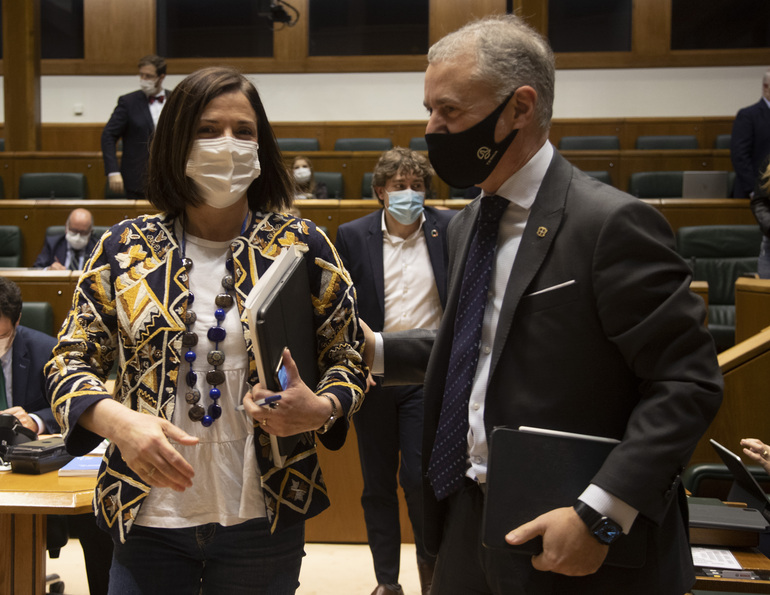 The Minister of Equality, Justice and Social Policies of the Basque Government, Beatriz Artolazabal, explained that the Youth Law, approved this morning by the Basque Parliament, "is based on three axes: youth emancipation, to place it at an average age of 28 years in 2030; the youth system, to strengthen the network of benefits and services from pre-adolescence and in the transition to adult life, and their participation, with a new stage in the relationship between the public sector and young people, through dialogue stable, close and concrete”.

The plenary session of the Basque Parliament has approved the first Euskadi Youth Law with the favourable vote of Basque Nationalists, Socialists and Elkarrekin Podemos. The parliamentary process has greatly enriched the text. The approved law, with 23 articles without amendments, integrates 106 of the 126 amendments presented.

“We are moving towards a broad consensus on youth policies in these three axes. The situation of Basque youth requires deepening this social and political consensus in order to advance in social cohesion between generations and also among young people, advancing in equity and equal opportunities”, added Mrs Artolazabal.

Minister Artolazabal extends her hand “to all the groups in the phase that we open today, for the deployment of a law that, by agreement of all the groups, will enter into force the day after its publication in the BOPV (Official news). We´re aware of the need and urgency to act, to win this generation and, furthermore, rejuvenate Basque society”.

“We are talking about the rights to begin to unfold their own life project and the right of young people to emancipate themselves, to spread their wings and to build their lives with autonomy and self-determination. It is the youth law with the broadest catalogue of rights of the new generation of youth laws” has detailed Beatriz Artolazabal.

The new law aims to improve the living conditions of young people, from 12 to 30 years old, recognizing a large number of youth rights and with new and concrete instruments to promote their effective exercise. In addition, for the first time, it promotes specific policies and a Basque Youth Strategy 2030 to increase the emancipation rate by up to 10 points and reduce the average age by two years.