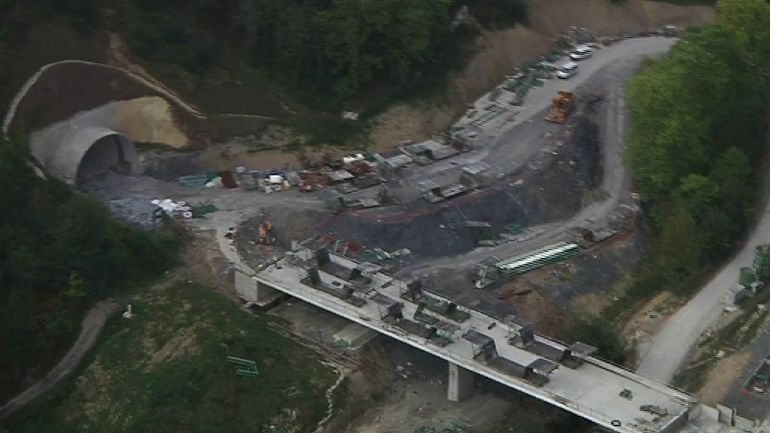 Of the 39 sections of the Basque Y (the Biscay, Araba and Gipuzkoa branch lines), 30 (77%) will be under construction by the end of the year.

A delegation from the European Union, led by Carlo Secchi, head of the Unit for the Coordination of priority trans-European transport network (TEN-T) projects and Coordinator of the High-speed railway axis of south-west Europe within the European Commission's Directorate-General for Mobility and Transport (DG MOVE), accompanied by the Basque Government Minister for Housing, Public Works and Transport, Iñaki Arriola, visited the construction sites of the new Basque Y Railway network, which is being managed and executed by the Basque Government.

Arriola and Secchi, accompanied by the Senior Vice President of the Aquitaine Regional Council, Bernard Uthurry, the Director of European Economic Interest Group (Dax-Vitoria), Jacques Coutou, the Head of the Cabinet of the Ministry for Development, Carlos Juarez, and Carlo de Grandis, a member of DG Move within the European Commission, took a trip in a helicopter to inspect the evolution of the various sections of the Gipuzkoa branch line that are under construction.

Subsequently, back on solid ground, they verified the progress of the Tolosa and Legorreta branch lines in situ, which, for the most part, take the form of tunnels. Minister Iñaki Arriola reiterated the Basque Government's commitment, evidenced in the construction of this infrastructure, and reminded those present that in 2012, the Government will set aside 350 million euros in its budget, 27% more than in the current financial year.

Before the end of the year, 16 of the 21 sections making up the Gipuzkoa branch line of the new Basque Y Railway Network will be under construction, amounting to a total of 53.4 kilometres, or 69.6% of the route.

In the first Cabinet meeting after the holiday period, the Basque Executive approved the tender of the Zizurkil-Andoain, Hernani-Astigarraga and Ezkio Itsaso sections, for the amount of 329 million euros. In this manner, with the exception of the Hernialde-Zizurkil section, which is to be tendered in 2011, with construction planned to commence at the beginning of the next financial year, Hernani- Astigarraga (phase II) and the approaches to the Donostia and Irun stations, all the Gipuzkoa branch lines of the Basque Y will be under construction by the end of 2011. The objective is to have the train reach the Donostia-San Sebastián by 2016.