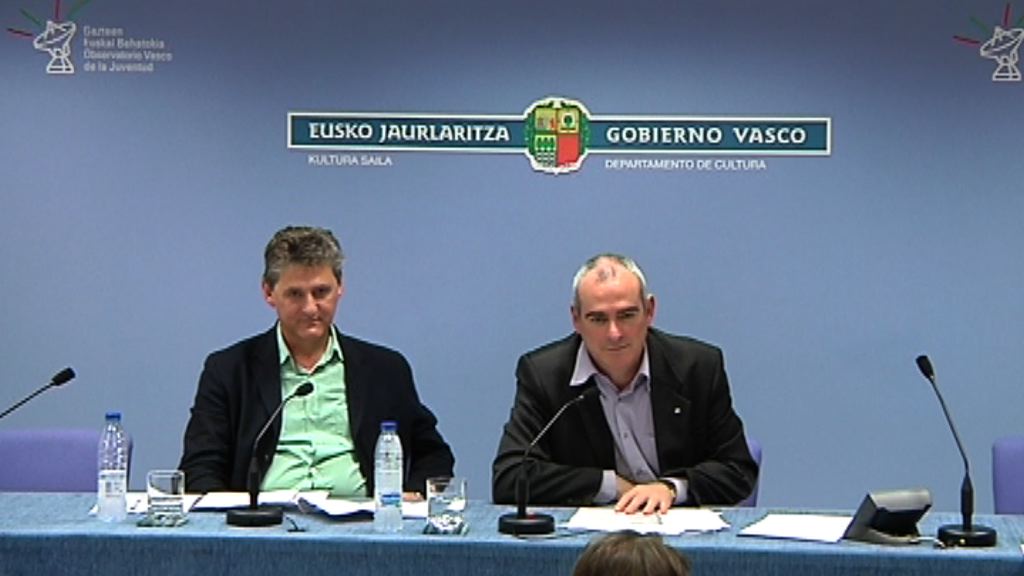 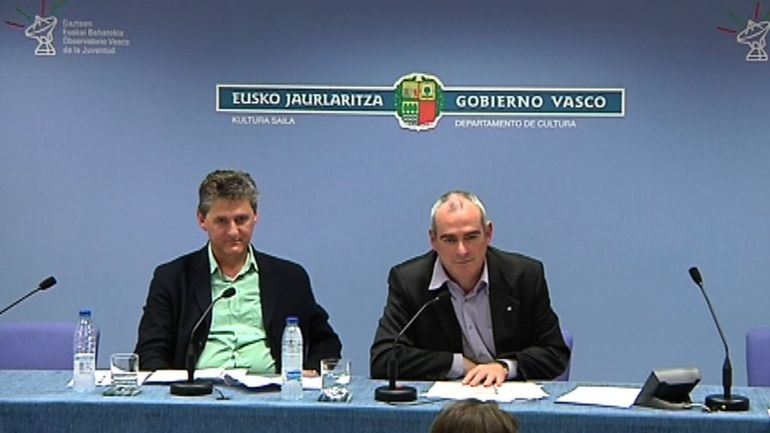 Download photo
Embed image
The Basque digital library goes online, with almost 3000 titles, 350,000 images and a further 300,000 pages to be added before the end of the year Source: Irekia

The library can be accessed at www.liburuklik.euskadi.net

The platform guarantees the preservation of the Basque Country's bibliographic heritage and ensures that this heritage can be accessed by both researchers and the general public alike. Today the Basque Government's Department of Culture unveiled the Basque digital library, one of the strategic cornerstones of its program to safeguard and preserve the region's bibliographic heritage and prevent it from deteriorating while at the same time facilitating access to and dissemination of its contents to any researchers or other individuals interested in the Basque language and culture. The new tool is known as the "liburuklik" and can be accessed at www.liburuklik.euskadi.net.

The project arose as a result of the Department of Culture's conviction regarding the importance of the Basque Country's bibliographic heritage, along with the desire to find a special way to promote and support policies that favour coordination and cooperation amongst the Basque institutions involved in safeguarding and looking after this heritage. The tool allows anyone in any location to consult the works stored in the library: the only prerequisite is access to a computer. This year's budget assigned 690,000 euros to the project, 550,000 from the Basque Government and the remaining 140,000 from the Spanish Ministry of Culture in the form of a one-off grant.

The Department of Culture, which has legal responsibility for the project, is depending on the involvement of the professional sector for the library's development. It has maintained links with other Basque libraries and archives and has entered into agreements with organisations such as the Basque Parliament, the Provincial Council of Álava and the Sancho el Sabio Foundation in order to ensure the digital library preserves and makes available the digitised resources of the most important Basque libraries (both in terms of volume and the value of their resources).

"Liburuklik" already boasts a large number of digitised works and more are being added each day. At present, visitors to the site can access almost 3000 titles and 350,000 images, whilst a further 300,000 pages are ready to be uploaded before the end of the year. The oldest texts are two manuscripts dating back to the 1400's: the first, from 1458, is entitled "Ledger of the Royal Accounts, Account 27: Pero Martiniz de Garanoan, rent collector for the towns of Tudela and Merindad de la Ribera", while the other, dating back to1476, is entitled "Confirmation of the Privilege Granted to the Town of Ondarroa by Their Catholic Majesties King Fernando and Queen Isabel in Medina del Campo on the 30th of March 1476", both of which are the property of the Basque Parliament library. Another notable text is entitled "Christian Doctrine, in the Romance and Basque Languages, Commissioned by His Grace, Pedro Máso, Bishop of Calahorra and District ... for Basque Territories Within His Bishopric, Abridged by Doctor Betolaça into a More Common and Widely Used Tongue to Facilitate its Understanding in These Territories", published in Bilbao by Pedro Cole de Ybarra in 1596.

The entire contents of the Basque digital library will also be made available through the EU's online cultural archive, Europeana. The great quantity of unique documents and bibliographic resources, along with the use of Basque as the language via which Basque culture is transmitted, will ensure greater presence and visibility of this major European collection of bibliographic resources that is open to all.