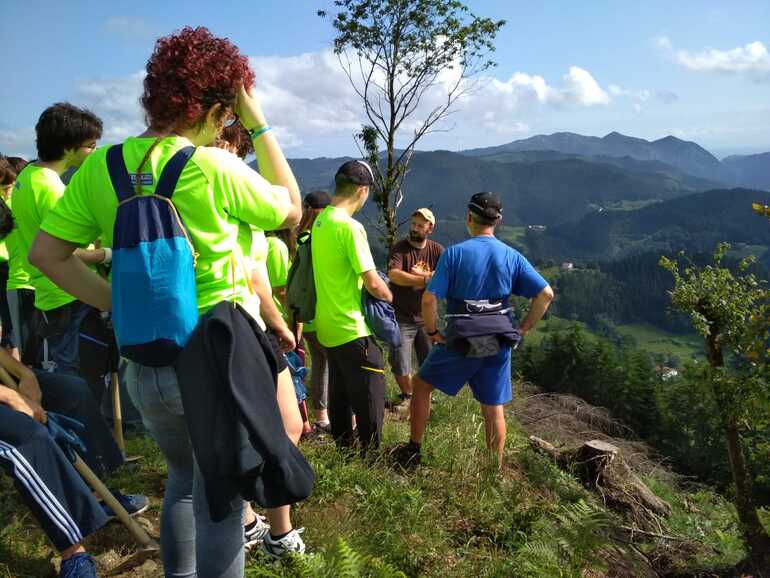 66.9% of the group of young people in the Basque Country under 30 years of age who do not have children say that they "would like to have them one day". Those who want it "a lot" account for 33.1%, and those who say "quite a lot" are 33.8%. The rest is distributed among those who indicate that they "want it little or not at all" or have no idea about it.

These data come from an online survey carried out by the Basque Youth Observatory, of the Department of Equality, Justice and Social Policies, in December 2021 with a sample of more than 4,000 young people between the ages of 15 and 29. "Comparing these data with those collected in previous years, we see that the percentage of young people who express that they want to have daughters or sons has gradually decreased since 2015" observes Agurtzane Llano, Director of Youth of the Basque Government.

Adding up the percentages of those who indicate that "they would like very much or quite a lot to have sons or daughters", no substantial differences by sex or age appreciated. However, based on the percentages of those who say they "want it very much", in 2021, this desire is somewhat higher among young women than young men (35.9% and 30.6%, respectively). This desire increases with age: 39.0% of those between 25 and 29 years old “want it very much”, compared to 27.4% among those between 15 and 19 years old.

On the other hand, the young people surveyed who “would like to have sons or daughters one day” point out that “the ideal age for this is 30.3 years”. Women consider that “the ideal is 29.7 years” and men “30.9 years”.

The "ideal age" is lower than the real age at which one has the first child in the Basque Country. According to data from the National Institute of Statistics (INE), which can consulted on the website of the Basque Youth Observatory, (in the demographics and population section). The average age of women in the Basque Country when they have their first child or daughter is 32.2 years old, that is, two and a half years later than what the average woman considers the ideal age to be mothers.

When young people who do not yet have children, but want to have them, asked if they think it is likely that they will have their first child at the age, they consider ideal for it.  54.4% believe that "it is very or quite probable", while 32.8% estimate that "it is little or not at all probable that it will happen".

The perception that they will have their first son or daughter at the desired age has dropped almost ten points from 2019 to 2021. In 2019, 63.9% believed it very or quite likely, while in 2021 the percentage had dropped to 54, 4 %. If we look, specifically, at the data for 2021, we see that as age increases, the percentage of those who consider that it is very or quite likely that they will have a son or daughter at the age they consider ideal decreases.

In general, taking into account that only two out of three young people without sons or daughters under the age of 30 want to have them in the future (66.9%), that the age considered ideal for this is rather late (30.3 years) and that little more than half of the young people. This young people want to have sons or daughters believe that they will be able to have them at that age (54.4%). It´s concluded that Basque society, like that of the rest of the Union Europe, faces a major demographic challenge.