The Ministers Artolazabal and Sagarduy, attend the tribute "Dedicatum Gasteiz" dedicated to the groups and people most involved against the covid19 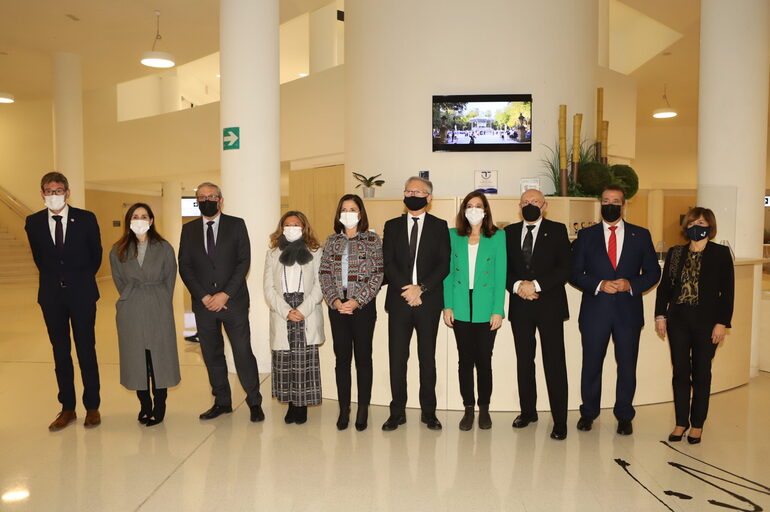 The Ministers of Equality, Justice and Social Policies, Beatriz Artolazabal, and of Health, Gotzone Sagarduy, of the Basque Government, have participated this afternoon in the "Dedicatum Gasteiz" tribute. The event organized by the City Council of the capital of the Basque Country to thank the work of all the groups and people who have dedicated their time and effort to face the pandemic.  The memory of the fatalities caused by the covid and the call for prudence to recover the pulse as soon as possible have centered the act with the presence of more than 400 people belonging to recognized social sectors.

Dedicatum Gasteiz is the Vitoria-Gasteiz's tribute to all groups and people who, since the beginning of the pandemic, in March 2020, were fully involved in fighting against its consequences, some from their professional perspective and others from volunteering. After keeping a minute of silence, reference has been made to the people who died from the virus without receiving the love and company of their families.

The singer Lara Vizuete, on piano, accompanied by Ernesto Larcher, on double bass, and Rakel Rodríguez de Arymux, with their sign dance performances, have offered moments for reflection and joy. The presenter, Ms. Ainhoa Larrañaga, singer and actress, has contributed to this with the interpretation of a song. Poetry has provided an intimate tone in an inclusive act.

On behalf of the city, the Mayor, Gorka Urtaran, has expressed the gratitude and recognition that during the weeks of confinement it could only reflected with applause from windows and balconies. Urtaran has pointed out that “the city owes a debt to all these people, who, putting their health at risk and sparing no effort, have shown exemplary behavior and who have contributed to writing history in times of pandemic. We wanted to pay you this tribute so that you feel the warmth and support of your neighbors. Without your contribution it would not have been possible to get ahead ”.