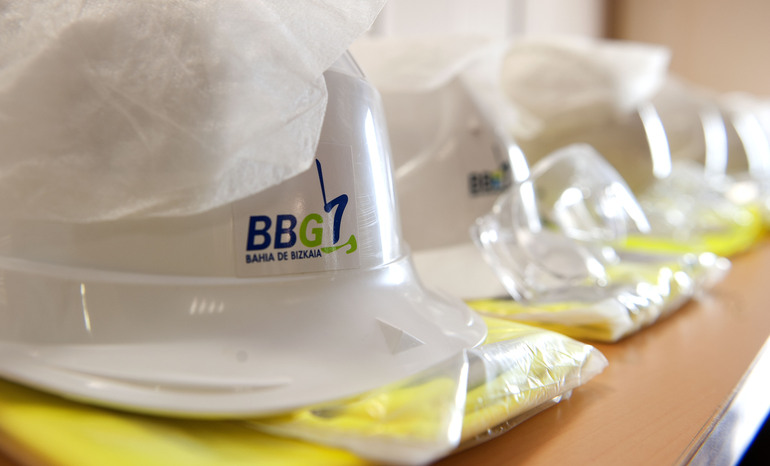 The implementation plan anticipates a total of 36 months for the construction phase, meaning the new tank would become operative in autumn 2014. It has been estimated that approximately 450 employees and one million man hours of labour will be required during the main activity phase.

The commencement of construction work on Bahía de Bizkaia Gas's (BBG) third tank represents the final consolidation of its position as the leading gas-storage facility in Atlantic Europe. Work will be ongoing for the next 36 months and will involve the construction of a third tank with a capacity of 150,000 m3, which will add to BBG's overall storage capacity. The new facility will require an investment of 97.5 million euros. Bernabé Unda, the Basque Minister for Industry, Innovation, Trade and Tourism, accompanied by the Vice-Minister for Industry and Energy and José Ignacio Hormaeche, the General Manager of the Ente Vasco de la Energía (Basque Energy Agency - EVE), today visited the construction works that are expanding the Basque Country's main gas infrastructure. The expansion will increase total gas-storage capacity to 450,000 m3.

Specifications of the tank

At present, BBG boasts a storage capacity of 300,000 m3 of LNG (Liquefied Natural Gas, which is condensed gas stored at a temperature of -163ºC), divided between two 150,000-m3 tanks. The new tank being constructed is similar to the others and will have the same capacity and be of the same total-containment specifications.