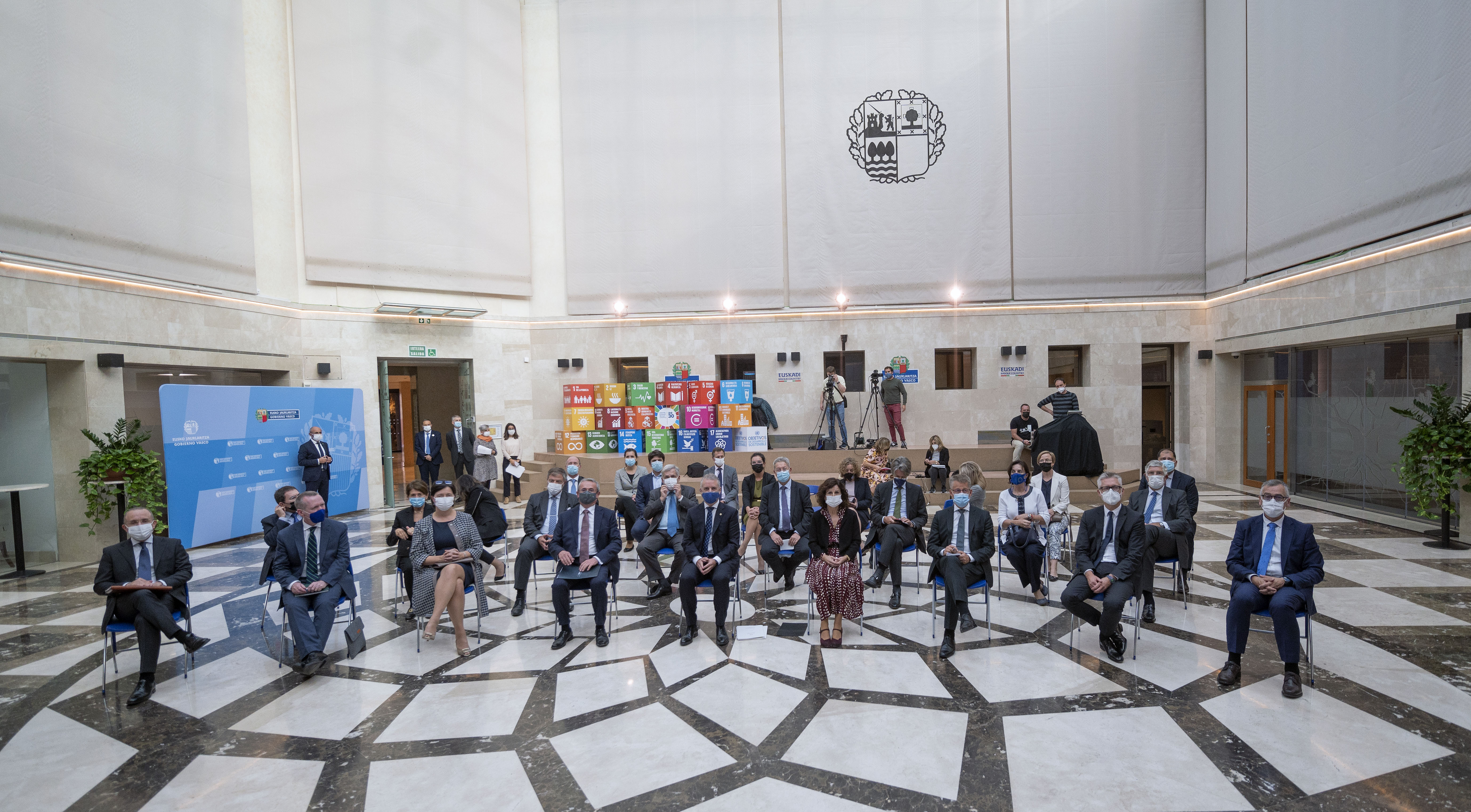 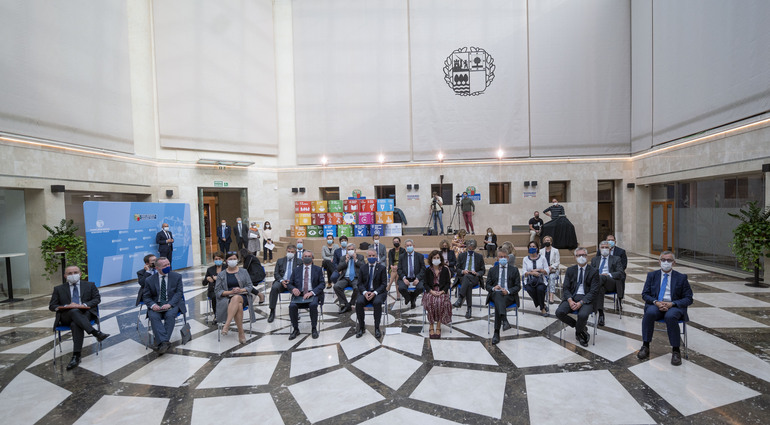 The president of the Basque Country Iñigo Urkullu received the European Union member state diplomatic corps accredited in Madrid and welcomed them to Euskadi Basque Country.

Representatives from 21 European countries, led by Slovenia's Ambassador Robert Krmelj, whose country holds the current presidency of the European Union, attended today's meeting at the Presidency of the Government. The meeting, which was also attended by the General Secretariat for External Affairs, Marian Elorza, the Director of European Affairs, Mikel Anton, and the Honorary Consul of Slovenia in Donostia-San Sebastian, allowed discussion to take place on current issues in Europe, such as post-pandemic economic and social recovery, management of the European Funds and energy transition and climate change.

During the pre-meeting speech, President Urkullu highlighted the Basque Country’s European vocation, and ratified the Basque Country’s commitment to a social and competitive Europe that is open, solidarity and sustainable; a political, democratic and diverse Europe, in which the Basque Country has its own space, as a demonstration of the contribution to the “Vision of the future of Europe”. “The Basque Country is a solvent, constructive and reliable partner for Europe,” the president added, also highlighting the importance, particularly during these pandemic times, of leaving behind the policies of confrontation, division and conflict, and sharing a diagnosis, defining a shared future, dialogue and reaching agreements. “This is the model we are trying to develop in the Basque Country,” he said.

Visit of the European diplomatic group to the Basque Country

Today was the fifth working meeting held between the president of the Basque Country, Urkullu, and this European diplomatic group since 2013. Ambassadors from Austria, Bulgaria, Germany, Cyprus, Croatia, Denmark, Estonia, Finland, Slovakia, Slovenia, Greece, Hungary, Ireland, Latvia, Lithuania, Luxembourg, Malta, the Netherlands, Poland, Portugal and Sweden visited the Basque Country on this occasion, as well as a representative from the European Commission.

The diplomatic corps official visit to the Basque Country began on Sunday, 17 October, ending on Tuesday, 19 October. Apart from the welcome ceremony with the president, the agenda also included a meeting with the President of the Basque Parliament, Barkatxo Tejeria, and visits to the Gernika Assembly House, where they will be welcomed by the Bizkaia General Assembly President, Ana Otadui, the Chilida Leku Museum and the Basque Culinary Centre.

In terms of technology, the delegation will have the opportunity to visit the Vocational Training Applied Research Centre in Euskadi-Tknika, the Miramón Technological Park, and the biotechnology company Viralgen, which specialises in the production of viral vectors for gene therapy.

The group will also visit the Euskadi Biodiversity Centre (Torre Madariaga de Busturia) where they will get a first-hand look at the Basque Green Deal initiative, the Basque model for fair and sustainable economic development, mainly driven by industry and technology.