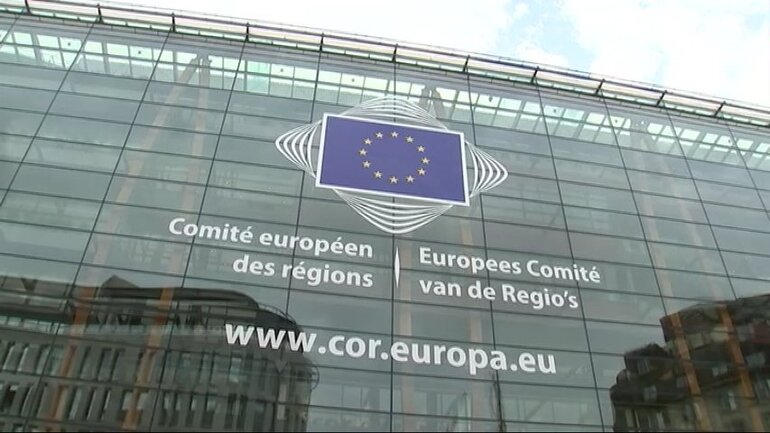 The General Secretariat for External Affairs, Marian Elorza, is taking part online in the Plenary session held over the next few days in Brussels organised by the EU European Committee of the Regions

Discussion is taking place during the meetings held in Brussels both in person and online on the annual regional and local barometer with Vice-President Maroš Šefčovič, head of Interinstitutional and Prospective Relations; the priorities of the Slovenian Presidency in the EU Council with the Prime Minister of Slovenia; the “Glocal” Green Pact with the Commissioner for Environment, Oceans and Fisheries Virginijus Sinkevičius; and natural disasters with the Commissioner for Crisis Management Janez Lenarčič.

The plenary is concluding with a debate devoted to the Conference on the Future of Europe with Vice-President Dubravka Šuica, head of Democracy and Demography, in which Marian Elorza, on behalf of the Basque Government and the Renew Europe political group, advocates for the need for effective multi-level governance and asked for an opening up of reflection on how constitutional regions can properly fit into the EU's institutional architecture.

On this occasion, the CoR is voting on 7 opinions and 2 resolutions, to which the Executive is submitting a total of 16 amendments.

As regards the draft opinion on “Participation in the preparation of association agreements and operational programs for the 2021-2027 period”, the Basque Government has an impact on the insufficient consideration given to regional and local authorities in the preparation of national recovery and resilience plans, to the detriment of the better availability of the funds.

The Basque amendments on the draft opinion “EU Strategy on the Rights of the Child and European Child Guarantee”, meanwhile, underline the need to strengthen the socio-economic inclusion of families; to provide out-of-school support and digital training to socially disadvantaged children; to provide young people who leave the protection of minors system with support resources to develop an autonomous life plan; to adequately inform minors in all processes; and to prevent the detention children due to their migrant status.

With regard to the draft opinion on the United Nations Climate Change Conference COP26, the Basque Executive has highlighted the regional and local green pacts; the analysis of adaptation to the impact of climate change; and the creation of local climate innovation programmes.

The European Week of Regions and Cities 2021, an annual meeting for discussion and exchange of good practices, was also taking place in the European capital at the same time as the plenary, which the Basque Country participated in several workshops. Thus, the Basque Delegate for the EU in Brussels took part in the seminar on improving EU regulation; the Secretary-General for Social Transition and Agenda 2030 in the seminar on the localisation of the Sustainable Development Goals; and EVE in the meeting on the Blue Economy and RIS3 in the Atlantic Area.