The Basque Government participates in the nrg4SD General Assembly in Quebec 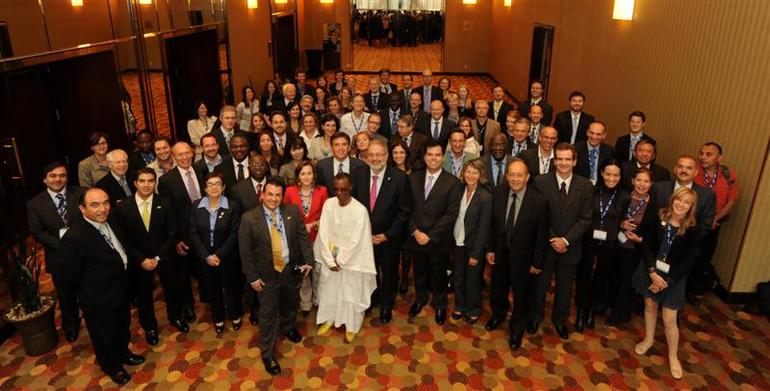 The Network of Regional Governments for Sustainable Development, nrg4SD, held its General Assembly in Quebec between the 29th and the 31st of August, which was preceded by a meeting of the Executive Committee, wherein the Basque Government figures as a member.

The Assembly included a number of technical sessions involving various working groups, in addition to a roundtable session attended by political representatives of the different regional governments.

Marín drew attention to the Basque Government's ambitious policies in the areas of the environment and sustainable development by presenting the bill of the Basque Law on Climate Change to the regional political representatives who were present in Quebec for the General Assembly.

Urrutia led the working group on water and gave a successful talk on the experiences of the Memorandum of Understanding signed in Uruguay between Latin America and the Caribbean, which proposed the implementation of capacity-building and knowledge-transfer activities and the sharing of good practice in relation to water. As a result, the French region of PACA (Provence-Alpes-Côte d'Azur), which is organising the forthcoming World Water Forum in Marseille in 2012, has asked the Basque Country to join the organising committee for the event. The Forum is a prestigious event in terms of water and related issues and is jointly organised by nrg4SD and FOGAR (Forum of Global Associations of Regions).

The Basque Government's commitment to achieving a low-carbon, sustainable economy was acknowledged and applauded by the 50 or more individuals attending the Assembly, who were representing regional governments and multilateral organisations at both European and international level.