The Basque Department of Equality, Justice and Social Policies shows the Spanish Ministry of Social Rights its interest so that the Autonomous Communities can attend the European Youth Forum 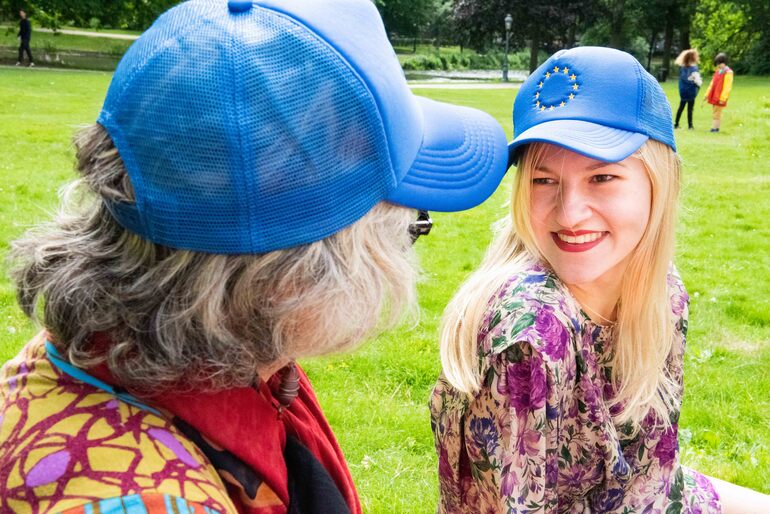 The Basque Department of Equality, Justice and Social Policies has asked the Ministry of Social Rights and the 2030 Agenda for its interest so that the Autonomous Communities can attend the European Youth Forum and the meeting related to the General Directorates of Youth through their biannual representation .

The third meeting of the Working Group of the Youth Area of the EU Council was held this morning with the assistance of the Basque Government -as regional representative- which has followed the development of the meeting in which the Central Government represented by REPER.

Under the presidency of the Slovenian Mrs.Dolores Kores, of the Youth Working Group, and with the attendance at the meeting of the General Sub-Directorate for Internal and External Cooperation of INJUVE, as well as the Basque Country Delegation for the EU, the videoconference has lasted an hour. On the part of Spain (Injuve) no intervention has been carried out. At the meeting, the state delegations referred to the requests regarding the meetings of the Youth Forum and General Directorates of Youth.

Kores has reported that they are "in full organization of the European Youth Forum and of the meeting related to the General Directorates of Youth" for which the Department of Equality, Justice and Social Policies, Basque Government has requested their assistance as regional representation pending a response from the Ministry.

The Czech Republic and Latvia have requested this morning information regarding the agenda of the Directors General meeting and the use of a questionnaire that the presidency develops regarding COVID and Youth.

With regard to the Youth Report that will be presented in October and discussed in the framework of the Council's Youth Working Groups, Austria has requested to know the channel to capitalize on the results of the FNAP questionnaire that collects the measures of the EU States in the field of youth. The Basque Country Government has transferred to the Spanish Ministry the interest so that the Autonomous Communities can participate in the meeting through their biannual representation and the need to work together with other States and Regions of the EU.

Likewise, at this morning's meeting, the European Commission, through its General Directorate DGEAC, presented the “PLA” report on non-formal competencies for young workers. Cross-border cooperation and the potential of European university alliances have been highlighted. For example, the UPV-EHU and the University of Deusto are part of two alliances. The Finnish good practice case has been presented.

Regarding the draft that is prepared for the Council Conclusions document on the creation of spaces for Youth and to promote their social participation, the Presidency has reported that the contributions received have been included in it, including those made by the Government. Basque through REPER- with which changes have made with respect to the definition of civic spaces of the OECD.

Portugal has highlighted the need to strengthen the protection of Youth in areas of online and face-to-face participation; The Netherlands, France, Malta and Cyprus have considered it necessary to strengthen the gender and equity issue; Latvia has requested to update the information regarding the reference of reports, Hungary has defended including local and regional authorities in the initiative, France has influenced the cultural, environmental and geographical balance dimensions, Cyprus has requested to better detail the issue of the cooperation of youth organizations and educational centers; Finland has requested details regarding the funding mechanism linked to the proposed initiatives; Latvia has asked to reinforce the rural dimension and remote areas that are highlighted in the document and that was commented on in the previous meeting of the Youth Working Group, and France has made reference to "fake news".

The next “informal” meeting of the Working Group of the Council of the European Union, on October 7, 2021.