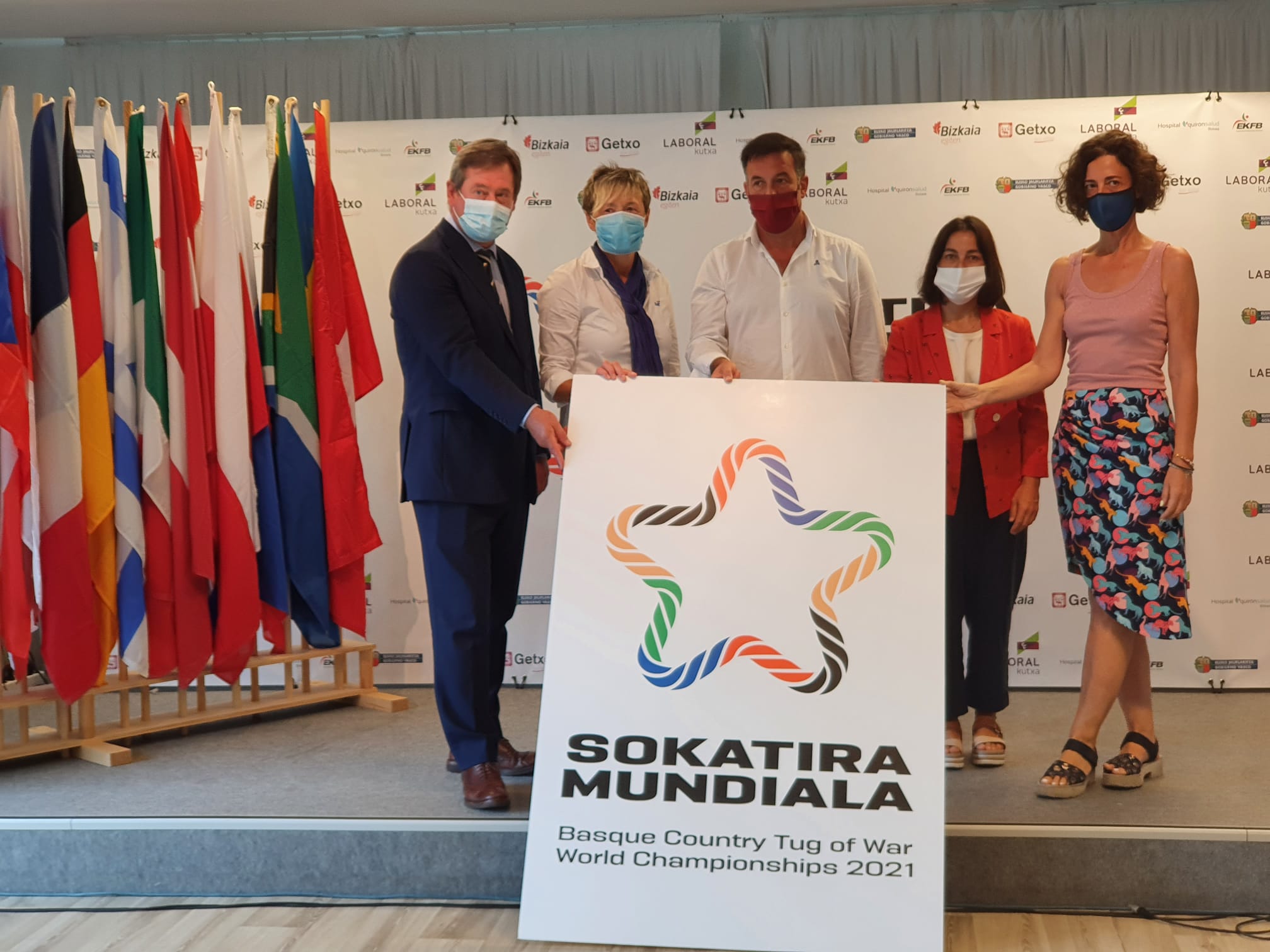 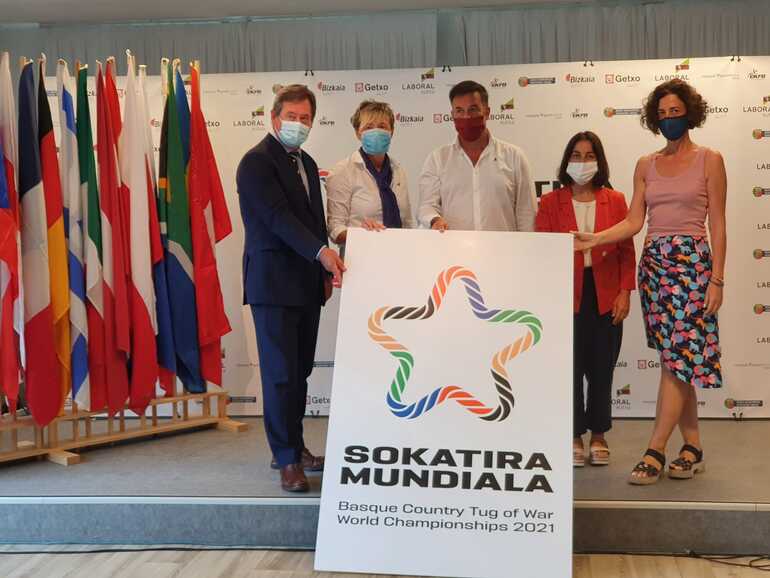 The Tug of War World Championship was presented in Fadura this morning, which was attended by: Bingen Zupiria, Minister of the Basque Government Culture and Linguistic Policy; Lorea Bilbao, Member of the Regional Council of Bizkaia’s Euskara, Culture and Sport; Amaia Agirre, Mayor of Getxo; Igor Duñabetia, President of the Basque Federation of Herri Kirolak; and Maaike Hornsta, Secretary General of the TWIF.

This is the Tug of War World Championship, or Sokatira as it is known in Basque, which the International Associations belonging to the International Federation (TWIF) and the clubs from these countries are participating in.

There will be 16 national teams, with more than 580 athletes and about 50 international judges and officials to monitor the competition. Competitions will be held in a total of 8 categories, according to weight and gender.

The Tug of War International Federation (TWIF) is in charge of the world championship call, which nominated Getxo to organise the Championship during its Congress held in Malmo 2015.

The TWIF was created in 1960, therefore celebrating its 60th anniversary this year. It is composed of 73 national federations and is headed by an executive body, composed of members from South Africa, the USA, Ireland, England and the Netherlands.

The championship has been organised on a local basis by the tug of war clubs taking part together with three organisations promoting tug of war in the Basque Country: the Basque Federation of Basque Games and Sports, the Bizkaia federation and Getxo Herri Kirol Taldea. They have also received the support from the Basque Government, the Regional Council of Bizkaia, the Getxo City Council, Laboral Kutxa and the Union of Basque Sports Federations.

This championship is an unbeatable opportunity to promote and highlight this sport as an inclusive, modern mode, that contributed to team and companionship values.

The TWIF accepted the Basque national team as a full member of the Federation in 2014 allowing it to participate in international competitions under the name Basque Country.