The Youth Working Group of the Council of the EU includes references to rural areas and the promotion of intergenerational cooperation, as well as alignment with the EU Recovery Plans suggested by the Basque Country 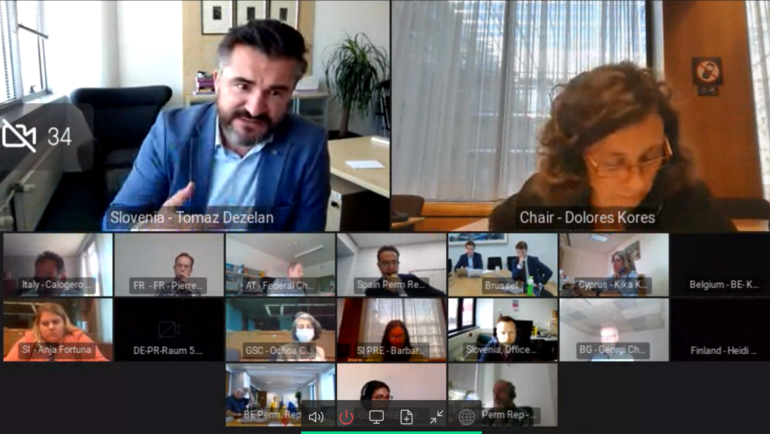 The Working Group of the Council of Ministers of the European Union dedicated to Youth, has analysed this morning the European Rural Strategy presented by the General Directorate of Agriculture of the European Commission and its relationship with Youth. In its preparation, the recommendations made by the Basque Government have been taken into account, within the regional coordination that exercises this semester. These contributions affect the issue of youth in rural and remote areas and the promotion of intergenerational cooperation.

“The Directorate General for Youth of the European Commission has also presented a global image regarding the initiatives by the EU States, in line with the European Youth Strategy. In it, initiatives related to Mental Health and consequences of COVID, formal and informal education, as well as Employment and the aspect of opportunities and youth participation are prioritized,” explains Ms Agurtzane Llano, Director of Youth of the Department of Equality, Justice and Social Policies Basque Government.

Regarding issues of interest for cooperation, they have highlighted the promotion of youth dialogue, transnational cooperation, democratic participation, as well as Mobility, cross-border cooperation and validation of training, and the quality of job opportunities in Youth at the state, regional and local level. All this in line with the framework of the “EU Youth” Work Package and the EU Recovery Plan.

The Slovenian Presidency has reported on the calendar of meetings including the 8th European Youth Dialogue. Regarding the document "Draft Conclusions civic spaces youth participation", the Basque Government, as the coordinator of state autonomic participation, had sent various suggestions and contributions highlighting "the need to influence the local and regional dimension, the inclusion of intergenerational dialogue, as well as the incorporation of the reference to youth participation in rural and remote areas”.

The Slovenian Presidency, represented by Dolores Kores, has insisted that "the definition of 'civic spaces' and a reference in relation to EU values have been included, highlighting the aspect related to Health".

Several states have indicated the need to include civil society organizations in the draft, also requesting additional information regarding the common interest, as well as the "legal" dimension regarding the definition of spaces for participation, the reference to the regulation and commercialization and the definition of the term "social health".

The presidency will soon clarify with additional information regarding institutional, public and private entities, youth participation and civic spaces. Likewise, several States (Spain and Cyprus among others) have proposed to reinforce the local and regional dimension in the document and influence the issue of young workers. The rural dimension and those relating to remote areas have been outstanding aspects, recalling the presentation made in this regard by the Directorate-General for Agriculture of the European Commission.

In the two interventions of the Councillor of the REPER-Spanish Permanent Representation to the EU, he proposed to include in the document the question of inter-generational cooperation -in line with the contributions made by the regional coordination developed by the Basque Government- as well as influence the gender issue. It has been suggested to include the question of "remote and rural areas" and the local and regional dimension, taking into account the proposals made by the regional coordination of the Basque Country.

Regarding the document “Draft Conclusions of the 8th cycle of the European Youth Dialogue”, the Basque Government, as the biannual coordinator of regional participation, had sent several contributions to the text: highlighting “the local and regional dimension affecting the issue of the link with the EU Recovery Plans and the debates regarding the Future of the EU, and transversally with other EU Programs outside the already traditional Creative Europe or Erasmus Program.

Austria and Belgium have supported the aspects indicated in REPER's intervention after a debate by several States regarding the participation of youth in the decisions of the European Union, as well as the failure to implement new structures or mechanisms of dialogue, theme highlighted by Finland.

The next meeting of the Working Group of the Council of Ministers of the EU will be on Monday, September 13