The creation of citizen spaces for Youth, in the working group of the Council of the EU in which the Basque Country represents the Autonomous Communities 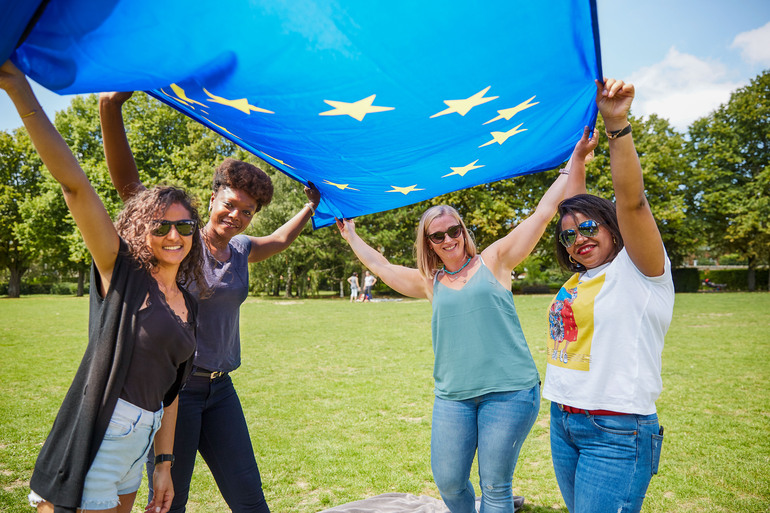 Today, the EU Council Working Group dedicated to Youth has met, via telematics, which has analysed, among other issues, the draft Resolution of the Council's conclusions on “Safeguarding and creating civic spaces for Youth that facilitate the meaningful participation of Youth”. According to the Director of Youth of the Department of Equality, Justice and Social Policies of the Basque Government, Mrs Agurtzane Llano “is a fairly complete document, although it is possible to influence the wealth that intergenerational collaboration can bring in these citizen spaces; in addition, the issue of migrants can be included”.  The meeting also referred to the draft resolution of the Council of the EU on the results of the 8th Cycle of the EU Youth Dialogue. Euskadi (Basque Country on basque language), as the biannual representative of the Autonomous Communities, has followed the meeting

Mrs. Agurtzane Llano estimates that “among the aspects to be considered in this draft, reference is made to the local and regional scope in a tangential way and without specifications. It is necessary to reinforce this aspect and explore the impulse that can be contributed from the local and regional level in the Dialogues”. All this, in the context of the impact, in the short, medium and long term, of the COVID-19 pandemic and the progressive aging of European societies -demographic challenge- and intergenerational solidarity.

The objective of "Safeguarding and creating youth civic spaces that facilitate the meaningful participation of Youth" has debated at the meeting. Professor Tomaz Dezelan, from the University of Ljubijana, Slovenia, has indicated: “the youth civic space is a place for the meaningful participation of youth in society where they can take advantage of their basic democratic freedoms. It is a youth work directed by young people, for youth organizations, non-formal groups of young people that act as laboratories of democracy and that are an important catalyst for social innovation”.

Interest of the Basque Country

The two main issues that Euskadi considers necessary to address and will propose for consideration to the rest of the autonomous communities (which it represents during this semester before the Council of the European Union in matters of Youth), refer to: the processes of emancipation and social inclusion of Youth, including those who face situations of special vulnerability, and the rejuvenation of society.

The topics addressed throughout the semester in the EU Youth Council are the EU Report on Youth 2021, the EU Youth Action Plan 2022-2024, Cross-Border Mobility for Youth, the Evaluation of the EU Youth Strategy, the Civic Youth Spaces and participation, the Regulations of the Erasmus+ Program and the European Solidarity Corps; and the European Youth Conference.

The Minister of Equality, Justice and Social Policies of the Basque Government, Mrs. Beatriz Artolazabal, represents throughout the current second semester of 2021, the Autonomous Communities and Cities of the state before the Council of the European Union in matters of Youth. Artolazabal will intervene on November 29, together with the Minister of Social Policies and the 2030 Agenda, in the Council of Ministers of the EU to address various conclusions drawn by the working groups that will meet monthly and which attended by a representative of the Basque Government.