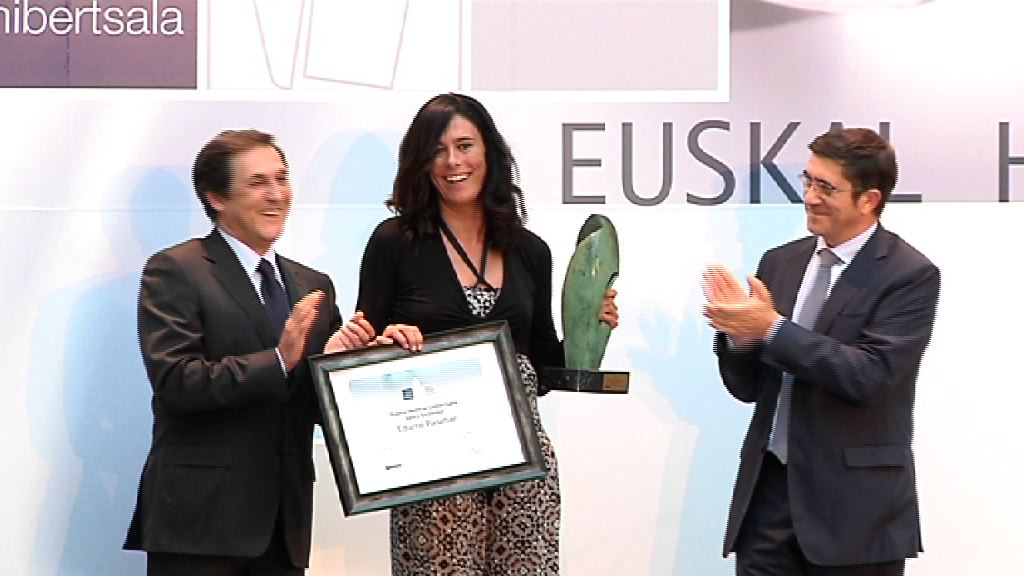 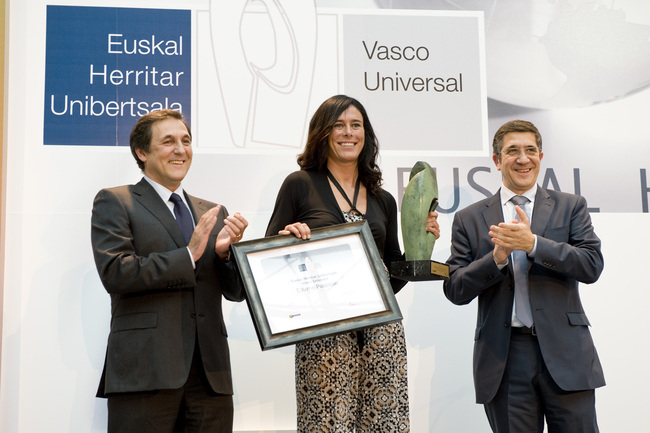 Edurne Pasaban received the award from Patxi López, in an act that took place in the Lehendakaritza

The jury took into consideration the fact that Pasaban has brought the name of the Basque Country "to all corners of the earth", accompanied by values, namely "discipline, perseverance and constancy."

The Universal Basque Award celebrates its fourteenth edition, maintaining the objective of honouring individuals who and associations, bodies and institutions that, within their personal or professional activity, have contributed to the projection of a positive image of the Basque Country overseas. The Universal Basque Award was created in 1996 by the Basque Government and Caja Laboral.

The Lehendakari explained that Pasaban has proved capable of "tearing down social barriers, conquering spaces for women that appeared to be barred to them." Having passed beyond this frontier, "she has gained ground in the fight for equality," he affirmed. Mr López believes that the effort and self-improvement of Pasaban represents "a model to be followed," demonstrating that a society such as the Basque Country has the "obligation" to travel overseas. Edurne Pasaban is also an example of the manner in which we can transmit "values and attitudes that we wish to be recognised by and to have associated with us."

During the act, the Lehendakari congratulated San Sebastián for obtaining the assignation of 2016 European Capital of Culture, which testifies to "the vigour of the Basque Country, the strength of citizen participation in shared collective projects and, above all, the value of integration, plurality and diversity."