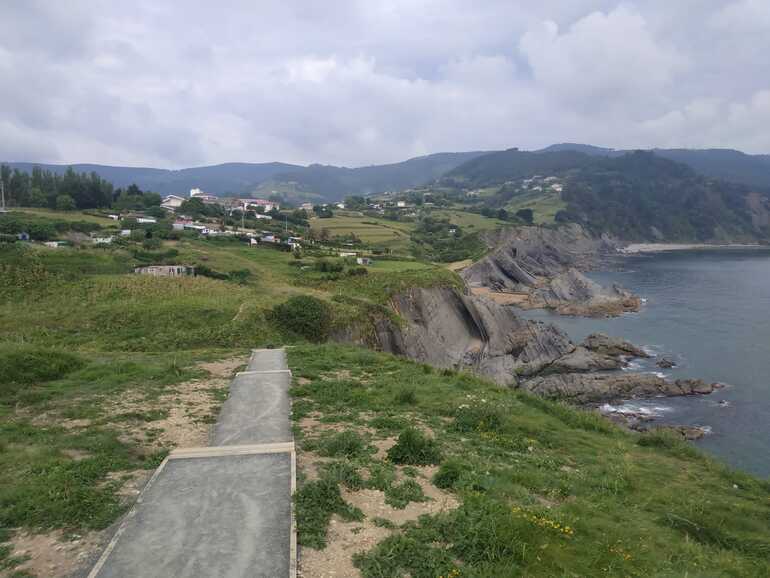 The largest climate action project in the Basque Country is already taking its first steps. It is called LIFE IP Urban Klima 2050 and brings together 40 climate mitigation and adaptation actions in three areas of the Basque Country: coasts, river basins and urban areas. Some days ago,  the consortium of the 20 entities participating in the initiative, led by Ihobe, the Basque Government's public environmental management company, met with the European Commission's supervisor and the monitoring team, as this initiative is 52% financed - around 10 million euros out of a total budget of 19.8 million euros - by the European LIFE programme.

The EC's supervisor for this project has valued the efforts made in this first year by the partner entities, taking into account the complicated circumstances arising from Covid-19. Diana Oancea, who oversees the project from EASME (the European Commission's Executive Agency for SMEs), has underlined "the integration of climate change into sectoral policies in the Basque Country that is being developed in the Urban Klima 2050 project as a good practice that can be transferred to other regions".

One year after launching the LIFE integrated Urban Klima 2050 project, it has been difficult to implement some of the planned initiatives due to the pandemic. However, alternative plans have been put in place and several of the first milestones have already been achieved.

In this first year, various actions have already been activated. For example, progress has been made in the review of the Basque Country Climate Change Strategy (KLIMA 2050),  an analysis that will be of great use in the preparation of the Energy Transition and Climate Change Plan to be drawn up in 2021.

The LIFE Urban Klima 2050 project is developing pilot actions in the three Basque capitals (Bilbao, Donostia and Vitoria-Gasteiz), as well as in four other municipalities: Bakio, Bermeo, Gernika-Lumo and Zarautz.

Within the framework of the project, interventions are being carried out to adapt the Basque coast to climate change, such as the installation of a video monitoring system in the Bay of La Concha, as well as on the Zarautz promenade, which is overtaken by the sea during storms. A diagnosis has been made of the damage caused historically and possible measures are being studied based on similar actions in other parts of the world.

On the other hand, work is being done on natural based solutions in the three Basque territories. Actions have been undertaken such as advice for the creation of plots with agro-ecological crops and the restoration of peri-urban areas in Vitoria-Gasteiz. In Donostia the area of Artikutza dam has been naturalised reforestation work has been carried out in Oberan.  In Bermeo, a new pedestrian walkway has been fitted out and the Tonpoi natural area is in the process of being restored.

Work is also being done on the application of climate action criteria in municipal emergency plans, as well as in water policies and municipal health policies.

Other more specific actions seek to understand the relationship between climate change and some possible disease vectors. In the last year, in particular, a study has been carried out to identify the presence of some insects, such as two species of mosquitoes ('aedes alopictus' and 'aedes japonicus') that have been located in 18 municipalities.

Work is also being carried out on various actions to favour the mitigation of climate change. One example is the tool for calculating greenhouse gas emissions at county level that has been developed within the framework of the project, which will allow county entities to calculate their carbon footprint and the greenhouse gas emissions of their territory. This tool is based on the one already used by municipalities thanks to Udalsarea 2030, the Basque Network of Sustainable Municipalities, which includes 191 Basque municipalities.

In addition, there are projects underway linked to energy, such as the new self-consumption renewable energy projects in Donostia.

The largest climate action project in the Basque Country will transform the Basque territory by coordinating a total of 40 climate change mitigation and adaptation actions in the period 2019-2025. It is led by the public company Ihobe, part of the Department of Economic Development, Sustainability and the Environment, which works together with around twenty entities, including two other areas of the Basque Government (the Department of Health and the Directorate of Ports and Maritime Affairs), the three provincial councils, the town councils of Bilbao, Vitoria-Gasteiz, Donostia/San Sebastián, Bakio, Bermeo, Gernika-Lumo and Zarautz, two public companies of the Basque Government (EVE andURA), as well as technology and research centres (AZTI, BC3, Neiker, Tecnalia and Tecnun) and the Naturklima foundation.

With a budget of 19.8 million euros, it will facilitate the effective deployment of the Basque Country Climate Change Strategy, KLIMA 2050.