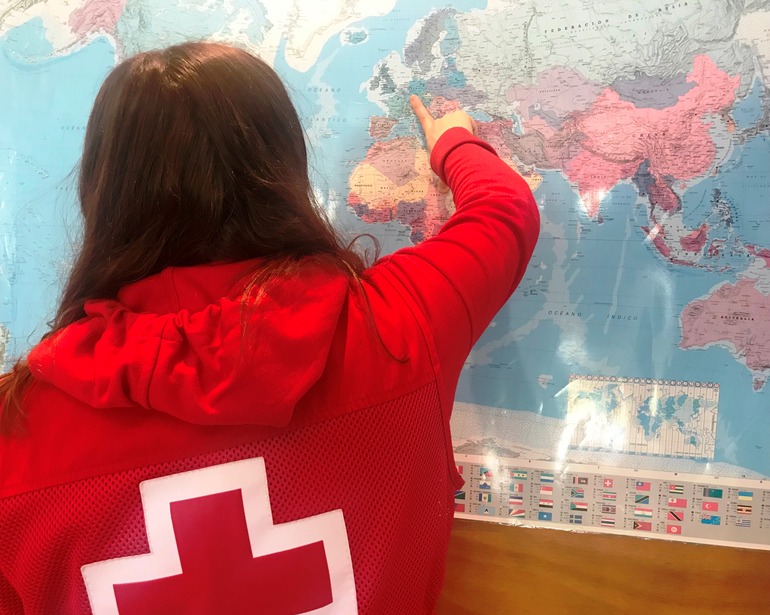 The Basque Government has proposed that the Regulation on management of the European Pact on Migration and Asylum envisage that the Regions and their corresponding Sub-State Governments develop, together with the European States and Institutions, “an active role in the executive management of the Pact and its regulation as well as their participation in establishing and implementing the migratory and asylum policy”.

The Minister of Equality, Justice and Social Policies has submitted to the European Commission the Basque Government’s contributions to the draft proposal for the Regulation corresponding to the European Pact on Migration and Asylum within the unified focus of Union policies, during the period of consultations ending in December.

The Basque Government has also proposed to the European Commission that the asylum and migration management Regulation consider basing the distribution of relocations on the three parameters of the SHARE (*) proposal (presented by the Basque Government in Brussels and backed by several regional governments): population, unemployment and income.

In the contributions presented to the European Union, the Basque Government has suggested that the European asylum and migration management Regulation “consider the best practices of Regions and cities in the field of integration in order to favour their implementation in other places, stimulate new initiatives and help to spread a more constructive public discourse on the right to asylum and migration”.

Similarly, as detailed by Minister Artolazabal, “the Basque Government considers that, to achieve and develop effective cooperation policies with third countries, especially in Africa, the EU must develop a new strategy to support sustainable development of the States on that continent, fostering processes of sustainable economic development and the promotion of democracy in their countries as part of initiatives on health, education, training and infrastructure so that their populations will no longer need to migrate”.

In the last point of its five contributions to improving the draft regulation, the Basque Government proposes that the asylum and migration management Regulation envisage that the Regions be taken into account in relation with the management of unaccompanied minor migrants.

“The Basque Government welcomes the work and debates leading to the presentation, on 23 September, of the European Pact on Migration and Asylum by the European Commission given that it constitutes a new step towards the construction of a European framework, updated and with its eyes on the future, for managing migration in a caring and sustainable European Union” said Beatriz Artolazabal.

According to Minister Artolazabal “The Regional Authorities of the EU must contribute to the configuration and management of this comprehensive approach to migration and must therefore be taken into account by the Member States and the European Commission, the EU Council and the European Parliament. The Regional Governments have detailed knowledge of migratory movements, particularly secondary movements and those of first entry to the EU, with migratory flows mainly coming from Africa, Asia and America; they are also familiar with irregular residential situations and the situations of asylum seekers.”

According to the Minister of Equality, Justice and Social Policies, “Regions and cities constitute the main sphere in which the integration of migrant persons takes place. It is at this level that the majority of public services are managed, such as healthcare, education and social welfare”.

According to Artolazabal, the initial proposed regulation for managing the new pact on Migration and Asylum, “does not take sufficient consideration of the current migratory situation, mainly made up of people who travel in search of work or new economic opportunities who have scarce possibilities of obtaining international protection and who will, probably, be forced to return to their States of origin”.

“The strategic approach for Asylum and Migration Management also refers to fostering legal channels of access to the EU with a view to attracting talent to the Union labour market which, in itself, closes the doors to other people who need to migrate to find work, since those who receive the highest appreciation are those best educated within the collective of economic migrants and asylum seekers labelled as “talented”, stresses Artolazabal

According to the Minister, “the original Regulation proposal does not respond to demands for the creation of a compulsory solidarity mechanism for relocations to relieve the pressure on States of first entry. What’s more, it promotes new border screening procedures to facilitate forced migrant returns. However, it is important, on the one hand, to achieve an effective and humanist control of the Union’s external borders together, on the other, with a correct and fair share and attention to migrants and refugees”.

The proposed Regulation establishes a percentage of solidarity contributions (relocations, return sponsorships and logistical assistance) to be calculated according to a formula based on population (50%) and GDP (50%). In 2018, the Basque Government presented, with the backing of different European regions, application of the SHARE proposal to reaching an EU-wide cross-curricular agreement on a territorial distribution key for the effort of receiving and integrating migrants in its different manifestations based on three parameters: population, unemployment and income.

“This will achieve a correct distribution of economic migrants, asylum seekers and refugees. These criteria should be equally applied ad intra in the Member States, in order to distribute the quotas of economic migrants, refugees or asylum seekers in accordance with the territorial structure and the distribution of competences. The planning of services and their budgetary consequence would therefore be carried out in a transparent and predictable manner”, details Artolazabal. “Above all, it is essential to guarantee respect for dignity and human rights in the migration and asylum management developed by the EU”.