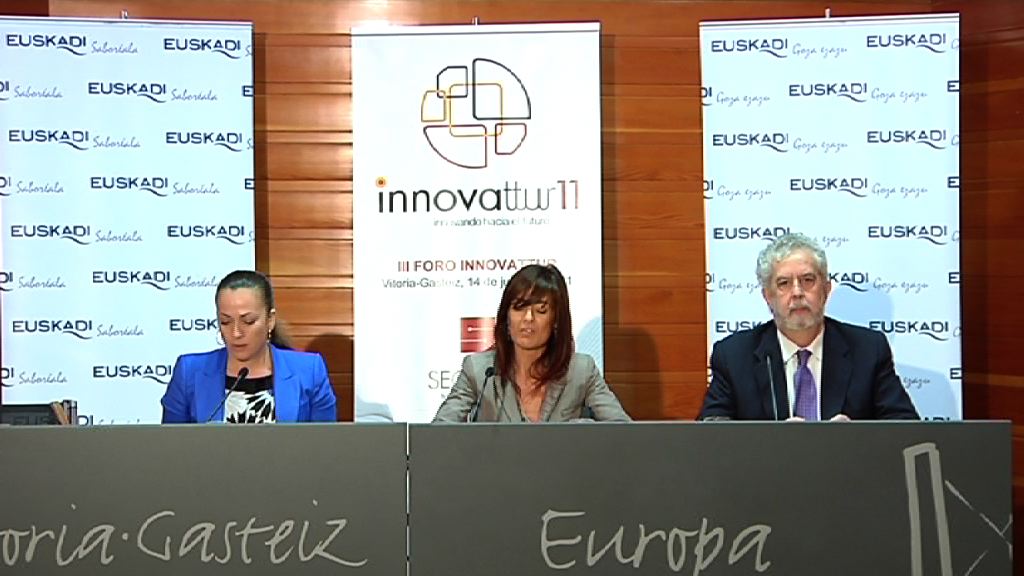 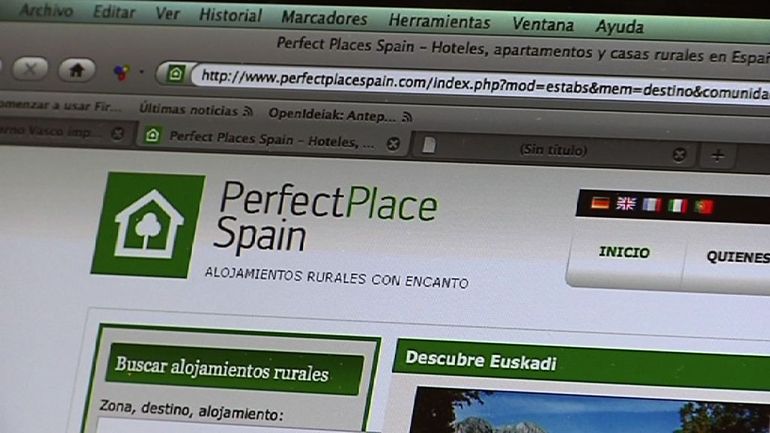 SEGITTUR and the Ministry of Industry, Innovation, Trade and Tourism have agreed to enter details of rural accommodation in the Basque Country into the www.perfectplacespain.es website, which is dedicated to online sales and international promotion

On the 14th of June Vitoria will host the third edition of Innovattur, a forum organised by the Basque Government's tourism directorate and SEGITTUR. The event, which was previously held in Madrid and Bilbao, will be attended by high-profile companies such as Google, Tripadvisor and Minube.

The Vice Minister for Trade and Tourism, Pilar Zorrilla, and the President of SEGITTUR, Javier Bustamante, have agreed to include the Basque Country in the online platform www.perfectplacespain.es. This Internet-based tool will enable over 400 guesthouses, rural hotels and other attractive countryside accommodation in the Basque Country to be accessed through a website dedicated to online sales and international promotion.

The Director for Tourism, Isabel Muela, explained that www.perfectplacespain.es boasts its own search engine that can provide information on the availability of accommodation. It is also possible to reserve accommodation and pay the establishment in question directly through the website in real time, making the booking process easier for foreign tourists and making it easier to process their reservations.

The project has been extended to include charming countryside hotels and rural cottages in the Basque Country and the establishments in question have been offered training sessions to help them learn how to use the tool and realise the importance of marketing their products online.The Vice Minister for Trade and Tourism, Pilar Zorrilla, has also released information regarding the 3rd Innovattur Forum, which is to be held on the 14th of June in Vitoria's Europa Palace. The forum will act as a meeting point for professionals within the tourist industry and will showcase developments in innovation and new technologies.

In this edition of the forum, particular attention will be paid to the growing role of social networks at specific points during trips (before, during and after), not only from the perspective of tourists but also from those of the destinations and companies providing the services. The event will also include two addresses, in addition to three roundtable sessions and an opening presentation given by Tripadvisor.

The roundtable sessions will focus on three areas: the first, entitled "Social Networks in the Lifecycle of a Trip" boasts the participation of representatives from Google, Minube and Territorio Creativo.

The second roundtable session will include experts such as Juan Otero, Jimmy Pons and the blogger Carlos Olmo and will involve a discussion of the mechanisms that a hotel or country cottage should use in order to gain greater exposure and increase occupancy rates.

The third roundtable session will focus on the ways in which restaurants can use social networks and other innovative techniques as a way of attracting clients. The session will include contributions from a marketing company that specialises in gastronomy and from the restaurant El Tenedor, which will share its own experiences. The session will end with a practical case study presented by Bilbao's Etxanobe restaurant.

The forum will be broadcast live through the online TV channel tveuskadi.net, while tweets from the event can be followed via the hashtag #Innovattur11. Users will also be able to use Twitter to ask any questions they may deem relevant.