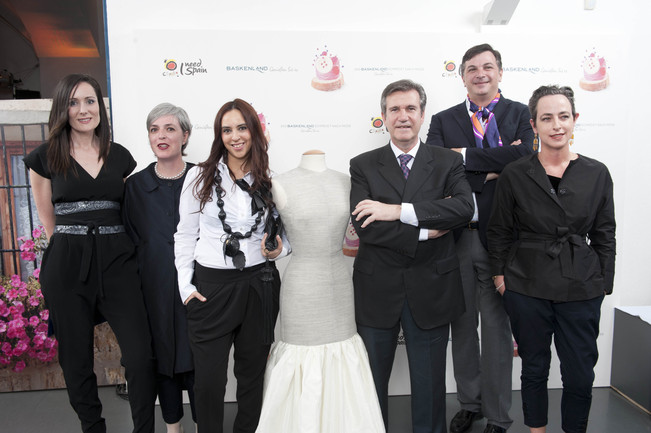 The guests at the event will include professionals from the German tourist industry, the media, figures from Munich's social and cultural sphere and representatives of the different local authorities in the region of Bavaria.

The presentation will take place at the end of a full schedule of meetings, in which 14 Basque companies will meet with German travel agencies and tour operators.

The numbers of German tourists visiting the Basque Country has continued its upward trend during the first four months of this year, posting an increase of 2.9% over last year's figures.

Bernabé Unda, the Basque Minister for Industry, Innovation, Trade and Tourism, is heading this official visit to Germany, which today had a clear tourism-led theme. At 8 pm tonight almost 300 guests will be present at the iconic Praterinsel, a historic building located in the heart of the city of Munich, for a presentation on the Basque Country as a tourist destination.

The event will take place in a country that is one of the top priorities for the Basque tourist industry, given that almost 62,000 German tourists visited the region in 2010, leaving only France and the United Kingdom ahead of Germany in terms of their importance to the industry.

As the presentation coincides with today's inauguration of the Balenciaga Museum in Getaria, it will also serve as a homage to the great Basque designer. Leading figures in Basque fashion will be present in Munich, including Alicia Rueda, María Cle Leal, Miguel Palacio, Minimil, Miriam Ocariz, Modesto Lomba, Isabel Zapardiez and Lemoniez. Each of them has created a design inspired by the Basque Country and by Cristóbal Balenciaga, and their efforts will be on display throughout the evening.

Once the presentation has finished the guests will also have the opportunity to participate in the creation of "Basque fashion" under the supervision of a number of Basque designers. When they have finished the garments they can take photos of their Basque Country-inspired designs.

Those present at the event will include professionals from the German tourist industry, the media, figures from Munich's social and cultural sphere and representatives of the different local authorities in the region of Bavaria. Also attending are the members of the Basque delegation that has spent the past few days visiting different cities in Germany and Austria, including a number of political representatives from the Basque Parliament's Board of Industry.

Prior to the presentation and the homage to Balenciaga, 14 companies from the Basque tourist industry will participate in an afternoon workshop alongside German professionals from the same field. For this and all its events in the region, the Basque Government has been assisted by the Spanish Tourist Office in Munich.

The hall in which tonight's celebrations will be held has been decorated with a remarkable recreation of the "five worlds" of the Basque Country: the coast, the countryside, vineyards, tradition and innovation; and will also include audiovisual installations that give a flavour of life in the Basque Country.

Undoubtedly, tonight's event is an additional opportunity to further the good work already achieved in a market that is of great importance to our tourist industry. In fact, Germany is the best-served European country in terms of flight connections from Bilbao, with direct routes from the Basque capital to Dusseldorf, Munich, Frankfurt and Stuttgart.

The number of German tourists who visited the Basque Country in 2010 grew by an impressive 17% in comparison to the previous year. The trend is continuing into 2011, given that the first four months of this year showed a further increase of 2.9%.

The profile of the German tourist

The main destinations for German visitors to the Basque Country are the region's major cities: 66.9% of German tourists choose to visit the provincial capitals. The majority (53.4%) choose three-, four- or -five-star hotels; more than the average for foreign tourists (49.7%) and visitors from elsewhere in Spain (46.6%).

German tourists also differ from the norm in terms of the dates they choose for their holidays in the Basque Country: there is a fairly even spread between the months of May and October and there is no peak influx of visitors in August; in fact, the most popular month tends to be September.

In terms of how they get here, 60% of visitors from Germany arrive by plane while 37% come by car. Leisure or holidaymaking is the reason for 47% of trips by Germans to the Basque Country, while a remarkable 35% visit the region for work or business purposes, a rate significantly higher than the average for foreign visitors (19%).