Inauguration of the Cristóbal Balenciaga Museum 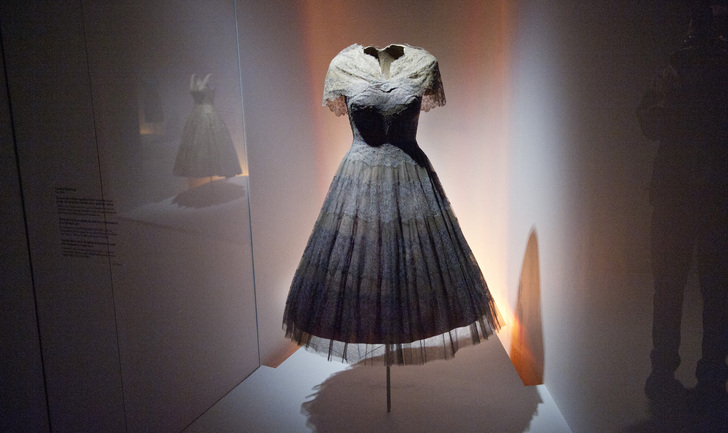 The Balenciaga Museum is located in Getaria, Gipuzkoa. It is the first museum in the world to be dedicated to a fashion designer. Cristóbal Balenciaga Eizaguirre, one of the most renowned designers in history, has now been honoured with a unique centre that recounts the story of his life and professional career.

The Lehendakari, Patxi López, and Queen Sofia of Spain officially opened the Balenciaga Museum, which is located in Getaria, Gipuzkoa. The museum was the brainchild of the Balenciaga Foundation and was conceived as a means to promote, disseminate and reinforce the legacy of the great designer's personality and life's work. Balenciaga was born in Getaria and during his career became a benchmark around the world for artistic creation in general and for high fashion in particular, especially during the second half of the 20th century.

The opening involved the unveiling of a commemorative plaque and an inaugural visit to the museum by the Lehendakari and the Queen. The event was attended by over 300 guests, including government representatives and figures from the fashion and cultural industries such as Culture Minister Ángeles González-Sinde, French fashion designer Hubert de Givenchy and the Spanish designers Modesto Lomba, Joaquín Trías, Francis Montesinos, Juanjo Oliva and Amaya Arzuaga. Also present were celebrities such as Jaime de Marichalar, Beatriz de Orleans, Nati Abascal and Carmen Martínez Bordiú.

The Cristóbal Balenciaga Foundation, which since 1999 has been made up of officials from Getaria Town Council and the Ministry of Culture (with the participation of the Basque Government and the Provincial Council of Gipuzkoa since 2010), boasts a collection of the great designer's works that is unrivalled anywhere in the world. A careful selection of 90 pieces, including dresses and accessories, will form part of a rotating exhibition that can be visited from the 10th of June onwards. Among the creations on display are those made for European royalty and aristocracy, including the wedding dress for Queen Fabiola of Belgium and several outfits worn by Grace Kelly. The collection also features a selection of dresses belonging to figures from the worlds of culture and politics and high-profile socialites such as Mona Bismarck and Rachel Mellon, in addition to the private collection of Hubert de Givenchy.

The museum, which is located in Getaria's Aldamar Park, occupies two buildings: the historic Aldamar Palace, which was built in the 19th century and was the summer residence of the Marquises de Casa Torres, and a new building attached to the palace's west façade. The museum is divided into three main areas: a central area for visitors, a teaching area and an administrative area. Temporary exhibitions and the documentation centre are located in Aldamar Palace.

In financial terms, the museum has benefited from the investment of 30 million euros, divided between the first and second construction phases, the museum contents and other related activities carried out to date. The Basque Government contributed 35% of the funding, as did the Provincial Council of Gipuzkoa, while the Ministry of Culture contributed the remaining 30% and Getaria Town Council granted the land rights.