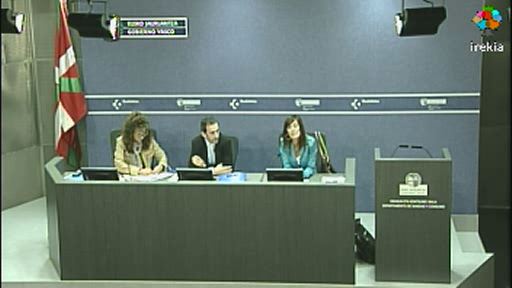 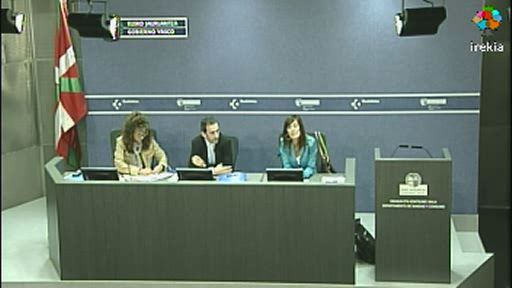 Download photo
Embed image
Bernabé Unda is to head a delegation to Germany and Austria to promote the interests of Basque companies Source: Irekia

The Basque Government is to visit the central headquarters of Daimler and appear before its senior executives to defend the capacity of the Vitoria plant and campaign to have the new Mercedes VS20 built there.

The Basque Tourist Board will travel to Munich to participate in a homage to Balenciaga involving eight Basque designers, set to take place on the same day as the inauguration of the Balenciaga museum in Getaria.

Germany is the Basque Country's second most important trading partner.

The Industry Minister will meet with ministers in Bavaria, visit BMW, the Fraunhofer technology centre and the Munich Chamber of Commerce, and open the new Tubacex plant in Austria.

The Basque Government representatives will be accompanied by a delegation from the Basque Parliament's Industry Committee and a number of Basque businesspeople.

A delegation headed by Bernabé Unda, the Minister for Industry, Innovation, Trade and Tourism, is to visit Germany and Austria next week in order to promote the interests of the Basque business community in one of the main European markets and the country that represents the Basque Country's second most important trading partner.

The focal points of this official visit include defending the future of the Mercedes plant in Vitoria (Mercedes being the main industrial company in the Basque Country) at the central headquarters of the car manufacturer in Stuttgart; a range of meetings with ministers in the Bavarian Government; visiting the Munich Chamber of Commerce, the Fraunhofer technology centre (the leading facility of its kind in Europe) and Blechexpo, the International Trade Fair for Sheet-Metal Working; and the inauguration of the Alava-based company Tubacex's new plant in Austria.
https://www.irekia.euskadi.net/es/news/4980-vitoria-gasteiz-escaparate-del-vehiculo-electrico

Important meetings will also take place between representatives of the Basque and German tourist industries, culminating in a presentation from the Basque Tourist Board in Munich. The presentation will take the form of a homage to Cristóbal Balenciaga and will involve contributions from eight Basque designers, set to take place on the same day as the inauguration of a museum dedicated to the fashion mogul in Getaria.

The official visit, which will include a delegation from the Basque Parliament's Industry Committee, will begin in Munich, where the Minister will meet with representatives of the Bavarian Government's Ministry of Education and Culture and the Ministry of Economy, Infrastructure, Transport and Technology. One of the objectives of the visit will be to create even closer ties between the Basque Country and this region of Germany, which is one of the most highly developed in Europe.

The greatest focus of attention during this visit will be the automotive industry. Specifically, a series of visits have been planned to leading companies that have their headquarters in Germany: BMW in Munich is to be the first. Given the importance of the industry to Basque interests, the Basque Government delegates will be joined by representatives of the ACICAE automotive cluster.Tuesday, the second day of the visit, will consist of a number of meetings between representatives of the Basque Ministry of Industry and the Munich Chamber of Commerce, in order to explore potential areas of cooperation. Unda will also visit Fraunhofer, Europe's leading technology centre, before presiding over the Basque Tourist Board's presentation.

Tourism will also be at the top of the agenda during the official visit to Munich. The Basque Government will take the opportunity to present itself as a tourist destination: Germany is the region's third largest source of tourism and is only outranked by France and the United Kingdom in terms of importance to the Basque tourist industry. The event will centre around a homage to Cristóbal Balenciaga, which will involve contributions from eight Basque designers: Alicia Rueda, María Cle Leal, Miguel Palacio, Minimil, Miriam Ocariz, Modesto Lomba, Isabel Zapardiez and Lemoniez.

The celebration will coincide with the inauguration of the museum constructed in Getaria in honour of the legendary Basque fashion designer, whose name is recognised around the world. Over 200 guests are expected to attend the presentation.
In the days following the event, representatives of the Basque tourist industry will also attend meetings in Frankfurt.

There are four direct flight connections between the Basque Country and Germany, with routes being operated between Bilbao and Dusseldorf, Munich, Frankfurt and Stuttgart.

Mercedes: 3% of the Basque Country's GDP

On Wednesday the 8th of June the Basque delegation is to visit the central headquarters of Daimler in Stuttgart, where they will meet with the senior executives of the German multinational. The Mercedes plant in Vitoria is the largest industrial company in the Basque Country and accounts for 3% of the GDP of the entire region.

The meeting will serve to reinforce the strategic alliance that has been established between the Basque Government and Mercedes: an agreement was signed to assign Vitoria as the location for the manufacture of the first electric vans on the market.

In his meeting with the German firm's top brass, the Industry Minister will also defend the future of the Vitoria plant and highlight its capacity and competitiveness in a bid to have the plant selected for the manufacture of the new Mercedes VS20. The final decision on where to build the new model is to be taken in coming months.

The journey across Germany will draw to a close with a visit to Blechexpo, the International Trade Fair for Sheet-Metal Working, before the delegation moves on to Vienna. There, on Thursday the 9th of June, Unda will preside over the opening of the new Tubacex plant that has been set up in Austria. Also present at the inauguration will be Álvaro Videgain, the president of the Alava-based company.