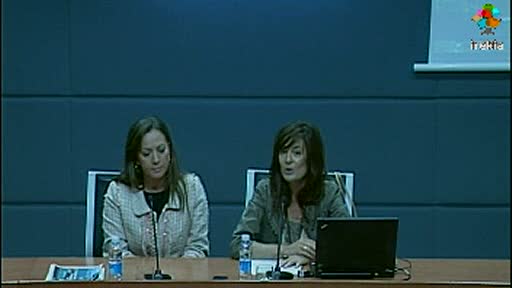 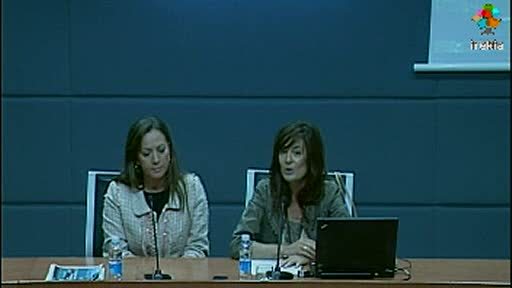 Following eight months of work, the www.turismoeuskadi.net website has been redesigned in keeping with the new requirements of tourists visiting the Basque Country

The Basque Government has showcased the latest changes on its online TV channel (www.tveuskadi.net), which now boasts a French-language version, over 100 webcam views and a new application for iPhones, amongst other innovationsNew technologies have utterly transformed the way in which tourists plan their trips, and the Basque Government wants to be at the forefront of these developments in order to present its tourist attractions to the world.

Today, the government presented the redesigned website for Basque Country Tourism, the fruit of eight months of work by a large team of designers. Also unveiled were the latest developments in the online TV channel, which was set up by the Basque Government in 2010.

The Vice Minister for Trade and Tourism, Pilar Zorrilla, and the Director of Tourism, Isabel Muela, used the presentation as an opportunity to explain the details of these new tools.

The tourism portal (www.euskaditurismo.net) is one of the most frequently visited sections of the Euskadi.net website and is available in five different languages (Basque, Spanish, English, French and German). It has a total of 520 different pages providing information on 25,705 separate items, including activities, museums, beaches, municipalities and hotels.According to Pilar Zorrilla, "both the website and TV channel are tools that are part of the Basque Government's ambitious commitment to promoting the Basque Country in an attractive, innovative way and to providing a suitable response to the demands of today's tourists". The objective of both these tools is "to provide a clear, useful response" to the demands of tourists, which "evidence a greater degree of sophistication and experience".

A total of 31 people worked on the projects, including designers, translators, IT specialists and content editors from the Basque Tourist Board, Basquetour, EJIE and EITB (the Basque Government's IT company and radio and TV broadcasting company, respectively), all of whom were thanked by the Vice Minister for their efforts.

Up to this point, while the government's tourism website contained a great deal of information it was not very attractive in a visual sense and had veered away from the requirements of the 2010-2013 Marketing Plan.

In the words of the Vice Minister, the new site stands out "for its attractive appearance: it seeks to seduce users and connect them emotionally with their destination". In addition, the products that are integral to the Basque Country's tourist industry now have a presence on the website: the "Discover the Basque Country" tab provides access to sections on different routes, gastronomy and wines, city breaks and meetings. Each section contains images and videos and also provides access to all the tourist resources relating to each product.

Clicking the "Where to Go" option brings up a list of different areas to visit:
• - The Basque Coast
• - The Green, Natural Basque Country
• - Rioja Alavesa
• - Bilbao
• - San Sebastián
• - Vitoria-Gasteiz

The "What to Do" menu option is particularly attractive, as it opens up a wide range of sections with suggested activities, including "Top Experiences". Throughout 2010, the team worked with officials in the provincial capitals and regions on the development of these special Basque Country experiences; at present the site contains ten of these, with many more to be added in sequence.

Each experience has been classified by tourist type (couples, friends, families, etc.) and related activity (culture, countryside, activities, etc.) and is presented in the form of a summary containing all the necessary information.

The "Plan Your Trip" option contains the most practical sections, such as where to stay, where to eat, getting here and getting around, maps and downloads.
The site also provides a comprehensive search engine, which will include a facility to search for accessible accommodation and accommodation details, in addition to linking to Google Maps and displaying georeferencing data for all the accommodation found.

The new website works in parallel with two additional tools for online tourism promotion developed by the Basque Government: the online TV channel www.tveuskadi.net and the substantial community of friends who grouped around the "Basque Country: Savour It" website: www.euskadisaboreala.es. Online users are also able to interact via the social-networking sites Facebook and Twitter and the video-hosting site YouTube.

These tools for online promotion were developed with a budget of around one million euros, and have helped the Basque Country position itself as a tourist destination in an innovative, attractive manner. Moreover, when creating the new website, close attention was paid to optimising it for search engines and respecting the guidelines for web accessibility.

In brief period of nine months since its creation, the online TV channel www.tveuskadi.net has consolidated its position as a major promotional tool and boasts a diverse range of new content, sections, services and languages.

Today, a variety of new developments for the channel were presented, such as the French version, to be added to the existing versions in Basque, Spanish and English.

A new section providing access to 100 webcams was also presented: henceforth, cameras will be placed on beaches, in the ports and mountains and in cities and alongside roads, so that users can check the weather and conditions in different parts of the Basque Country, live and in real time.

Since its creation in August 2010, the channel has received almost 75,000 visitors. It boasts 56,540 individual users, who between them have visited over a million pages.

In terms of content, the current programming and retransmission of a variety of live events is to be joined by the monthly screening of ETB's "Capital Cultura".