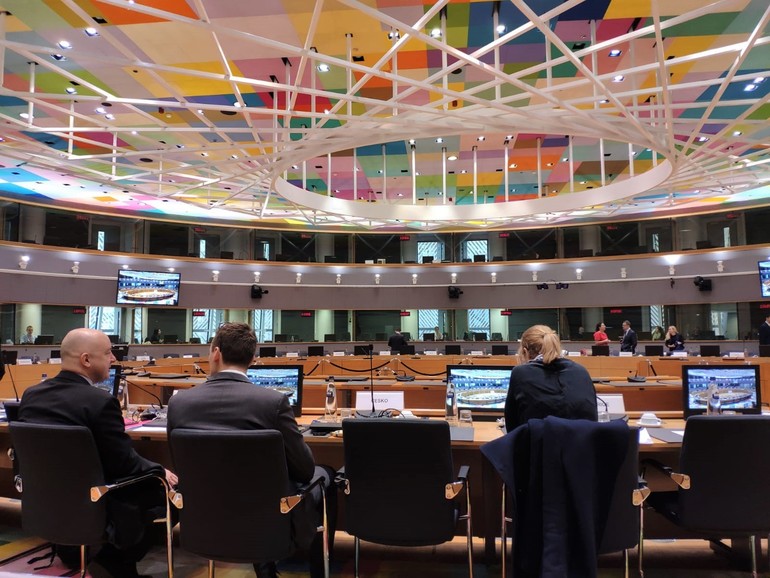 This Tuesday, the Basque Country's representation of the Autonomous Communities at the EU EPSCO Council of Ministers, on Employment and Social Affairs, held throughout the first semester of 2020, is coming to an end. As of now, this task falls on Aragon. Over the course of these months, the Department of Employment and Social Policy of the Basque Government has collected information, data and forecasts coming from EPSCO and its work groups, sharing them with the rest of the Autonomous Communities.

"Unfortunately, the COVID-19 pandemic affected the agenda, course and forecasts for this semester, having suspended face-to-face council meetings and constantly disrupting scheduled events and calendars. Especially, physical presence of the autonomous community's representation was impossible, given that the EPSCO Councils planned in Brussels and Luxembourg were suspended. Notwithstanding, we managed to make this presence of the Autonomous Communities ‘seen’ by participating in the most recent meeting (via video call) with 27 European Employment and Social Affairs ministers, along with the Vice-Minister, second in the State Government and the Minister of Employment," declared Minister Beatriz Artolazabal.

"Moreover, in presenting the three ‘shared stances’ agreed upon by the Autonomous Communities, we have contributed referential points of view, always based on the European Pillar of Social Rights, which contribute to how countries, regions and States in the entire Union manage employment, social affairs, demographics and ageing," added Artolazabal when presenting the final account to the rest of the autonomous-community and ministerial representatives.

Artolazabal states that "the local, regional and subnational administrations' proximity to social and employment affairs guarantees better management in this area of work. For this reason, I deem the presence of European Regions and Autonomous Communities, along with States, to be especially important."

"For this second semester and under the German presidency, I wish the representation of Aragon dynamic and effective management, with the trust that we will overcome the effects of COVID-19. Between us all, we are creating the advanced, sustainable and foresighted bases of what will be the European Union in the immediate future," emphasised Beatriz Artolazabal.